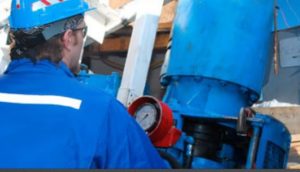 The company said Thursday it has staked 15 claims (about 3,800 hectares) to cover historical and possible cobalt mineralization adjacent to the Manibridge nickel mine. The Manibridge nickel deposit was mined form 1971 to 1977. Original resources were 1.5 million tonnes at 2.25% nickel and 0.27% copper. Although cobalt was not reported, cobalt exists in other deposits in the Thompson Nickel Belt.

The Thompson Nickel Belt is a 350-km long nickel-dominant mineral belt located in northern Manitoba. It hosts a number of massive to disseminated nickel sulphide deposits, including the Thompson, Birchtree, Soab, and Manibridge deposits.

Mines in the Thompson area have produced over 4 billion pounds of nickel over the past 50 years, as well as significant amounts of cobalt. The Belt’s extensive nickel mineralization associated with mafic-ultramafic rocks makes the region a major exploration frontier for discovery of new sulphide nickel-cobalt deposits.

“As part of the renewed exploration a Manibridge, CanAlaska will be re-assaying samples and looking for any zones of cobalt enrichment, as well as for new zones of high grade nickel,” said CanAlaska President Peter Dasler.

Through partnerships with some of the industry’s leading players, including Cameco Corp. [CCO-TSX; CCJ-NYSE], French nuclear power giant Areva and Denison Mines Corp. [DML-TSX], Dasler recently told Resource World that the company has been able to identify multiple targets on 13 projects after seeing roughly $85 million invested in the ground.

In a January 2018 update, the company said compilation work has continued and additional targets have been developed on the Strong and Hunter properties in Manitoba. These two properties are being marketed to third party interests.

Some of the other properties are located in the vicinity of rich uranium mines, operated by Canadian uranium mining giant Cameco.

CanAlaska’s property portfolio includes three claim groups, totaling 6,687 hectares, located in the Patterson Lake area of the western Athabasca Basin, which have been optioned to Makena Resources Inc. [MKN-TSXV]. The deal allows Makena to earn a 50% interest in the claims.

Canalaska says the Patterson property has the geological environment that is necessary for the discovery of uranium deposits similar to the Patterson Lake South (PLS) deposit of Fission Uranium Corp. [FCU-TSX] or the new Arrow discovery of NexGen Energy Ltd. [NXE-TSX, NYSE].

However, its flagship property is the West McArthur Project, which lies on the eastern side of the Athabasca Basin, adjacent to Cameco’s McArthur River Mine. In an update Thursday March 1, CanAlaska said the winter program of six to seven holes is on-going and new targets have been defined following the completion of a Step Wise Moving Loop Time Domain EM ground survey. Initial drill holes are being followed-up with wide spaced step out holes.

CanAlaska said it is awaiting drill-hole reports from Cameco. On Thursday, CanAlaska shares rose 4% or $0.015 to 38.5 cents.