As the Castro-led revolution approaches its 60th anniversary, classic American cars from the 1950s continue to crowd the roadways in downtown Havana, Cuba. 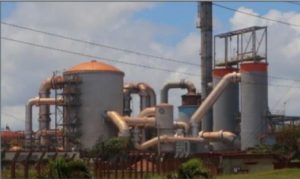 So it is somewhat ironic to find that Sherritt International Corp.’s [S-TSX] Cuban nickel and cobalt operations at Moa Bay are benefitting from a revolution of a different kind – one that is unfolding in the burgeoning electric vehicle sector.

Sherritt made big headlines 25 years ago when it became a joint venture partner with the Cuban government in nickel production, oil and gas and tourism.

It remains a world leader in the mining and refining of nickel from laterite ores with prospects and operations in Canada, Cuba and Madagascar. Together, those operations have the capacity to produce 80,000 tonnes of nickel annually.  Sherritt is also the largest independent energy producer in Cuba with extensive oil and power operations across the island. The Canadian company licenses its proprietary technologies and provides metallurgical services to mining and refining operations worldwide.

However, a multi-year slump in the price of nickel put the company under huge financial pressure in recent years. Sherritt President and CEO David Pathe was forced to restructure the company’s interest the Ambatovy nickel project in Madagascar, reducing its stake to 12% from 40% and wiping debts of $1.4 billion from the company’s balance sheet.

So it was welcome news when the price of nickel rallied in the second half of 2017, rising to US $5.25/lb in the fourth quarter of 2017, an increase of 7% from US $4.90/lb in the fourth quarter of 2016. In a recent financial report, Sherritt said the nickel price was driven higher by a growing understanding of the important role that the commodity will play in the burgeoning electric vehicle market.

Class 1 nickel, along with cobalt, are key elements needed to manufacture electric vehicle batteries. Demand for Class 1 nickel and cobalt are expected to grow significantly beginning in 2019 when China expects to begin production quotas requiring that 10% of all vehicles manufactured be electric.

During the fourth quarter of 2017, the nickel price was supported by news that nickel pig iron (NPI) producers in China were asked to reduce production to alleviate pollution with China’s largest NPI-only producer ordered to halve production from November 2017 to March 2018.

Actual and anticipated reductions from existing nickel producers also continued to help underpin the nickel price, with nickel supply expected to be in a deficit for 2018 and 2019.

As Sherritt is producing cobalt as a by-product of nickel and its operations in Cuba and Madagascar, the huge jump in the price of cobalt was also welcome.

The price of cobalt averaged US $31.60/lb in the fourth quarter of 2017, an increase of 134% from the same period in 2016. Aside from growing strong demand emanating from the electric vehicle battery market, the rally is driven by geopolitical and supply risk concerns resulting from the fact that the Democratic Republic of Congo is currently the world’s largest source of cobalt.

“We have now gotten ourselves back on a pretty solid footing,” said Pathe during an interview with Resource World Magazine.

“Our businesses are running well and nickel and cobalt are finally getting some attention due to anticipated future demand from the battery, grid storage and electric vehicle sectors,” he said.

Due to the U.S. trade embargo, and the Helms-Burton Act, Pathe and his executive team are prevented from travelling to the United States. The ongoing U.S. trade embargo means Sherritt has to be conservative when it comes to liquidity management. The company doesn’t have access to U.S. capital markets and is prevented from dealing with U.S. banks as well as banks that have significant business in the United States.

However, Pathe has indicated that the benefits of being a big player in Cuba outweigh the disadvantages.

“There is a lot of noise around Cuba because of its relationship with the United States,” Pathe said. “For all of the time that we have been there, we have never had issues with resource nationalism. It’s been a remarkably stable jurisdiction and a remarkably low cost jurisdiction.”

In the fourth quarter of 2017, Pathe said Sherritt was able to produce a pound of nickel at its Moa Bay operation at a cash cost of US $1.80/lb. “That’s the lowest price we have had since 2004,” he said. Aside from the low production costs, Moa Bay boasts a long reserve life and Sherritt expects to be active in Cuba for at least another 20 years.

Meanwhile, Pathe has laid out the company’ goals and priorities for this year, which include: