When the odds of discovering a new mineral deposit are stacked against you at 10,000 to 1, Grassroots mineral exploration is not for the faint of heart.

Grassroots mineral exploration, the lifeblood of the mining industry, is not for the faint of heart. Starting with nothing more than a rock chip and a hunch, it’s a high risk, like stuffing nickels into a slot machine with the odds stacked against you at 10,000 to one. Unfortunately, the odds make successful grassroots exploration rare, and the mavericks who jump through hurdles with the determination of a spawning salmon swimming upstream to chase these rare discoveries are even more scarce. Some might even say on the brink of extinction.

Tony Reda is one of these rare breeds. The forty-seven-year-old Founder and President of Tectonic Metals is on the hunt for the motherlode in northeast Alaska on a rugged property almost the size of Finland. It’s like finding a needle in the haystack. But this isn’t Reda’s first kick at the can; he already has a notch in his belt from being part of the team at Kaminak Gold Corporation, who discovered the Coffee Gold Project in Yukon and later sold it to Goldcorp for $520 million.

“The idea of discovering something new that has never been found before gets under your skin and into your blood. It’s the adrenalin rush, and I like challenges—the harder they are, the more I am drawn to them,” says Reda.

Mining hall of fame Ron Netolitzky and Ross McElroy, both with a pile of grassroots exploration successes under their belts over their 30-year careers, agree with Reda.

“It’s the thrill of the chase. I could have hung up my rock hammer years ago. Still, the draw of discovering something new is all-consuming,” says McElroy, whose most recent venture with Netolitzky, SKRR Resources, is on the hunt for Gold in Saskatchewan’s Trans Hudson Corridor.

Netolitzky is credited with three significant gold discoveries that were subsequently put into production, including Eskay Creek, the richest gold deposit in Canada’s history, and Snip and Brewery Creek. McElroy is credited for discovering many of the uranium discoveries in Saskatchewan, including the Triple R deposit and Cameco’s McArthur River deposit, the world’s highest-grade uranium deposit. He’s also got credit for discovering three gold deposits which were later brought into production with TMAC Resources.

“Grassroots exploration is like a big geological science experiment and not for everyone. You make assumptions, then systematically follow where the geology takes you,” says McElroy, who compares the geological process to solving clues in an escape room and with some skill and luck, you get out before the clock runs down and the money runs out.

“Most of the easy deposits have been found, and if miners are going to keep adding resources to their inventory, it will need to come through grassroots exploration. But there is a high cost,” says Reda.

These days a 10,000-metre drill program can cost upwards of 3 million dollars, with the average all-in sustain costs for helicopter support, camps, and drilling at around $900 a metre, up almost forty percent from 2019.

The more remote the location, the higher the costs, not to mention the added pressure of supply and demand because of the plethora of investment dollars being dropped into critical metal projects these days. Then, there’s the challenge of finding labour with the right skill sets who are willing to give up their summers to work in far-flung places where the black flies and mosquitos breed in pools of stagnating water and then rise like thunderclouds to infest the place.

With costs rising, raising the money to pay for exploration is getting more challenging, and this is where Reda and McElroy need to put down their rock hammers, put on a suit and tie and bang on Bay and Wall Street Banker’s doors, like evangelists converting believers one cheque at a time.

It’s a bit of chicken and egg. With costs rising, these grassroots exploration companies, which often trade for pennies, need to dilute their stock. But, at the same time, institutional investors are becoming more cautious and risk-averse.

In 1970, a grassroots explorer with more than 100 million shares outstanding was rare. Still, these days many have upwards of 500 million, or as in some cases in Australia, broaching on a billion shares and warrants issued and outstanding.

“Dilution is a double-edged sword. Valuations for grassroots projects are lower now than they typically have been, while in North America, investors generally shy away from dilution, and the thresholds for funds to invest are getting more stringent, resulting in fewer and fewer willing to take risks on grassroots exploration,” says Reda.

“Raising money for exploration is never easy, but if your hunch starts standing up to the science and you have a few previous successes under your belt, where you’ve made people a lot of money, there’s a tendency and a higher likelihood an investor will take a chance,” says McElroy.

Still, the pool of grassroots mineral exportation investors is thin and getting thinner. Its high-risk capital at stake, and investors with the ware-with-it-all to make these calculated risks on early-stage exploration need the patience of Job, sometimes waiting years to see the full return on their investment.

Dr. Quinton Hennigh is one of those investors. He’s been investing in greenfield and early-stage exploration for thirty years, and he’s good at it. He’s not only lined his own pocket over the years betting on winners but he’s also got a following of loyal investors who trust his professional opinion. And rightly so, his resume and successes read like the who’s-who of the mineral exploration industry.

First, he is a globally renowned exploration geologist with 30 years of precious metals mining experience and a Ph.D. in Geology/Geochemistry from the Colorado School of Mines. He cut his teeth out of college working for major gold mining companies like Homestake Mining (now Barrick Gold Corp.), Newcrest Mining, and Newmont Corp. He’s played a key role in several major global discoveries such as Novo’s Pilbara assets in Western Australia, First Mining Gold’s Springpole gold deposit in Ontario, Kirkland Lake Gold’s Fosterville gold mine in Australia, the Rattlesnake Hills gold deposit in Wyoming, and Lion One’s Tuvatu gold project in Fiji, to name just a few.

Now he’s the geologic and technical director for Crescat Capital LLC, a Denver-based global investment manager with over 90 mineral exploration projects in the portfolio.

While it helps that he has a Ph.D. in geology and geochemistry, for Hennigh, his first bets are on the people behind the project and on the geological potential.

“Success breeds success, but there also needs to be potential to make a major discovery; they need a district play large enough to interest a major company and be operating in a jurisdiction that has demonstratable ability to build a mine,” says Hennigh, who agrees grassroots exploration is a tough haul and not without its unique set of challenges.

“There is an absolute dearth of capital coming into the exploitation space, but that’s only part of it. There are several challenges. There is a chronic shortage of skilled people, plus the additional social and environmental challenges of permitting. When I started my career 30 years ago, you could work in most places on earth and get exploration underway quickly, and mines were built in three years now; it can take upwards of 15 or 20 years before a mine is built,” says Hennigh.

With permitting for exploration taking longer, the industry is becoming even more capital intensive. However, Hennigh says investors should look at how the company spends its money.

“There are plenty of mineral exploration companies that we call lifestyle companies, where the capital goes into executive salaries and administration. A serious grassroots explorer who wants to serve their investors needs to have a solid geological thesis, spend their money on the geochemistry and geophysics to support this thesis and then spend their money in the ground,” says Hennigh.

Both Reda and McElroy agree that what investors expect are exploration results which lead to galvanizing events and opportunities to make a return on investment at different stages throughout the company’s life cycle.

Greenfields and early-stage mineral exploration attracted a type of person – the kind who would have been first in line to jump on the ship with Christopher Columbus. Hard-core explorers get their adrenaline fixed by finding something new.

“It’s the thrill of seeing something new for the first time. That gets me up in the morning, says Hannigh

“It’s the role of the dice with all the odds stacked against you, but hitting the jackpot is too big to walk away,” says Reda, a sentiment echoed by McElroy, which explains why this breed of the mineral explorer is almost as rare as the finding motherlode itself. 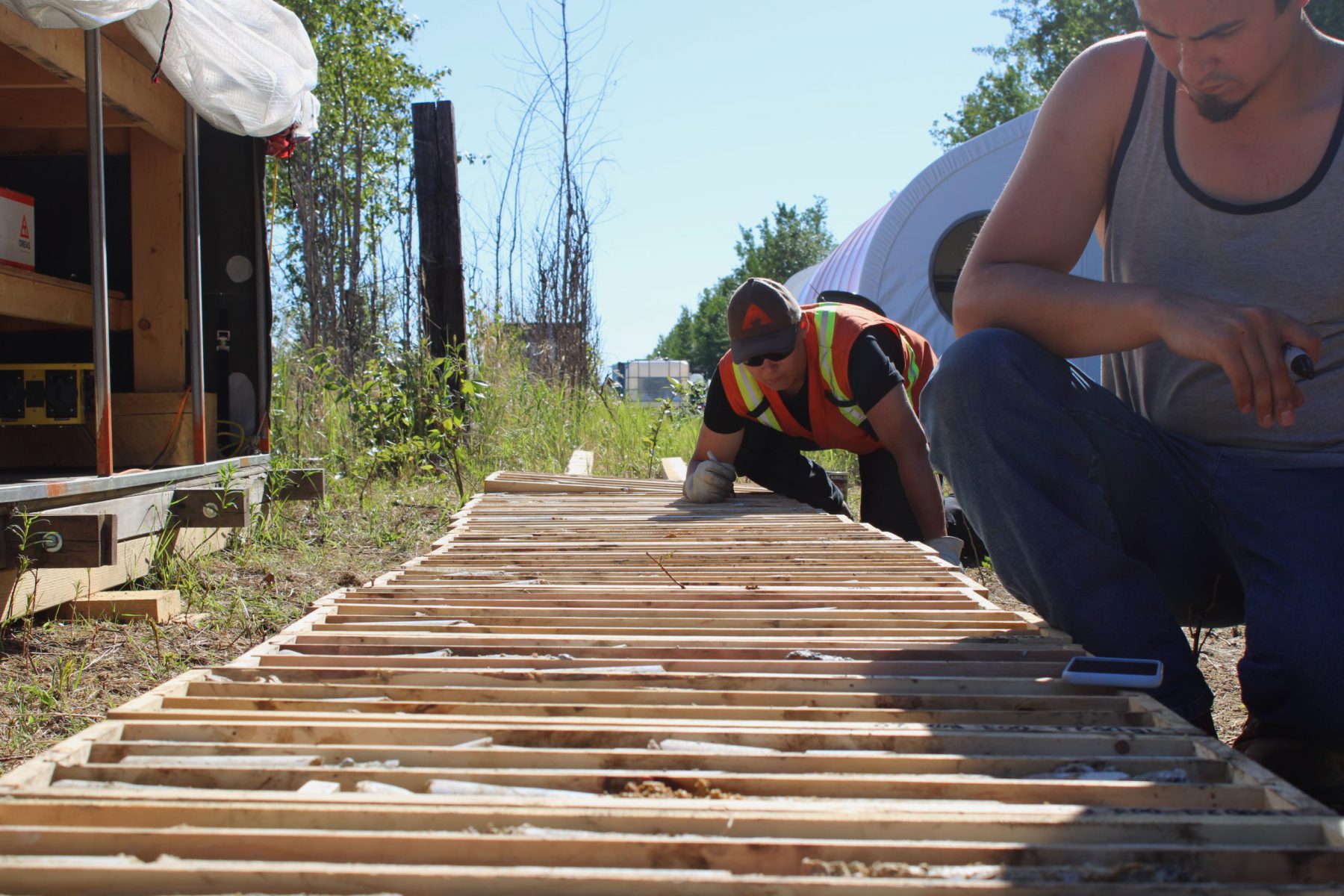 Tectonic Metals – A Shift In The Game

Tectonic Metals Inc. [TSXV-TECT] is a mineral exploration company created and operated by an experienced and well-respected technical and financial team with a track record of wealth creation for shareholders.  Key members of the Tectonic team were involved with Kaminak Gold Corporation, the Company that raised C$165 million to fund the acquisition, discovery, and advancement of the Coffee Gold Project in the Yukon Territory through to the completion of a bankable feasibility study before selling the multi-million-ounce gold project to Goldcorp Inc. (now Newmont Goldcorp) for C$520 million in 2016. Tectonic is focused on the acquisition, exploration, discovery, and advancement of district-scale projects in politically stable jurisdictions that have the potential to host world-class ore bodies. 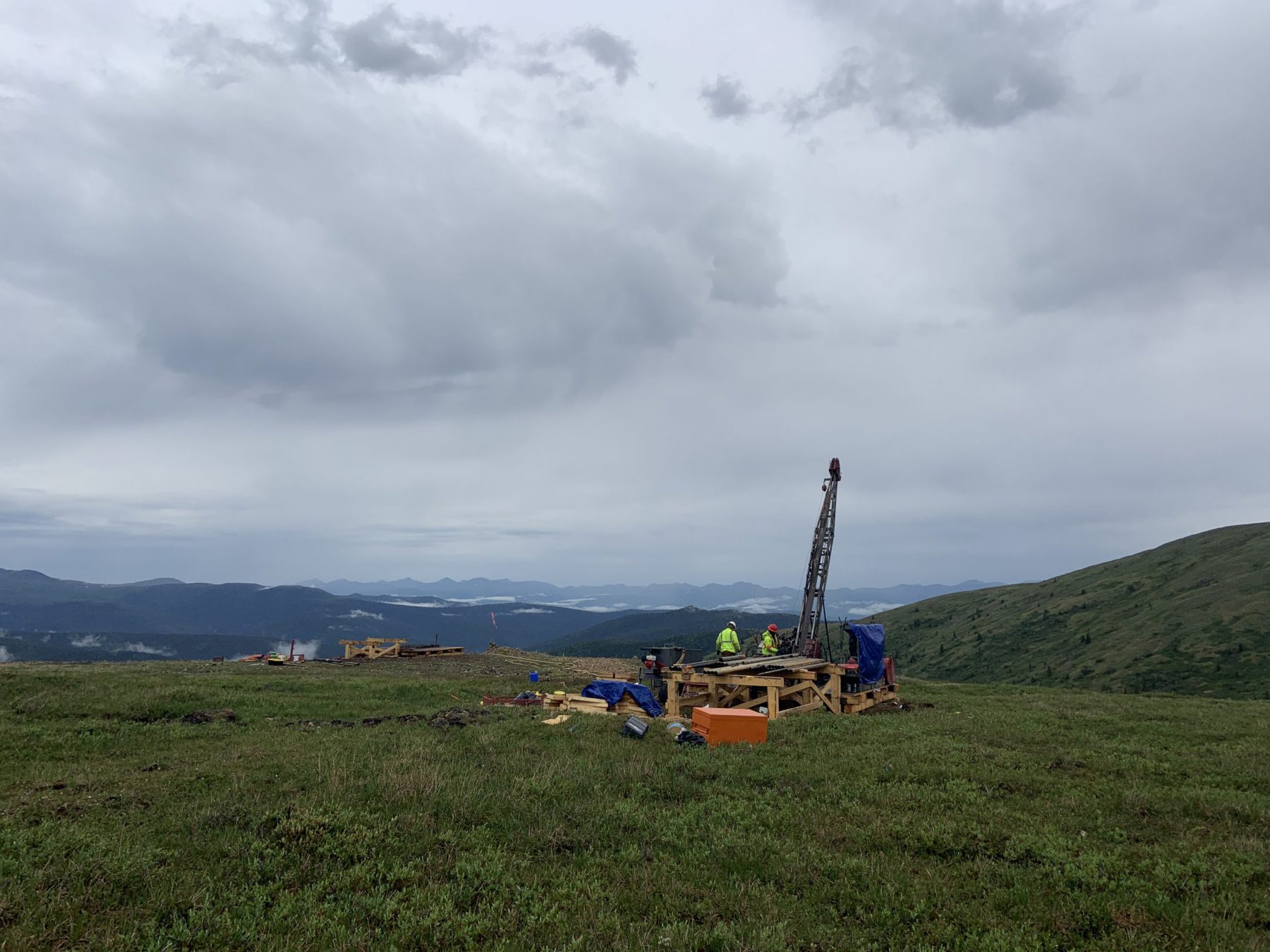 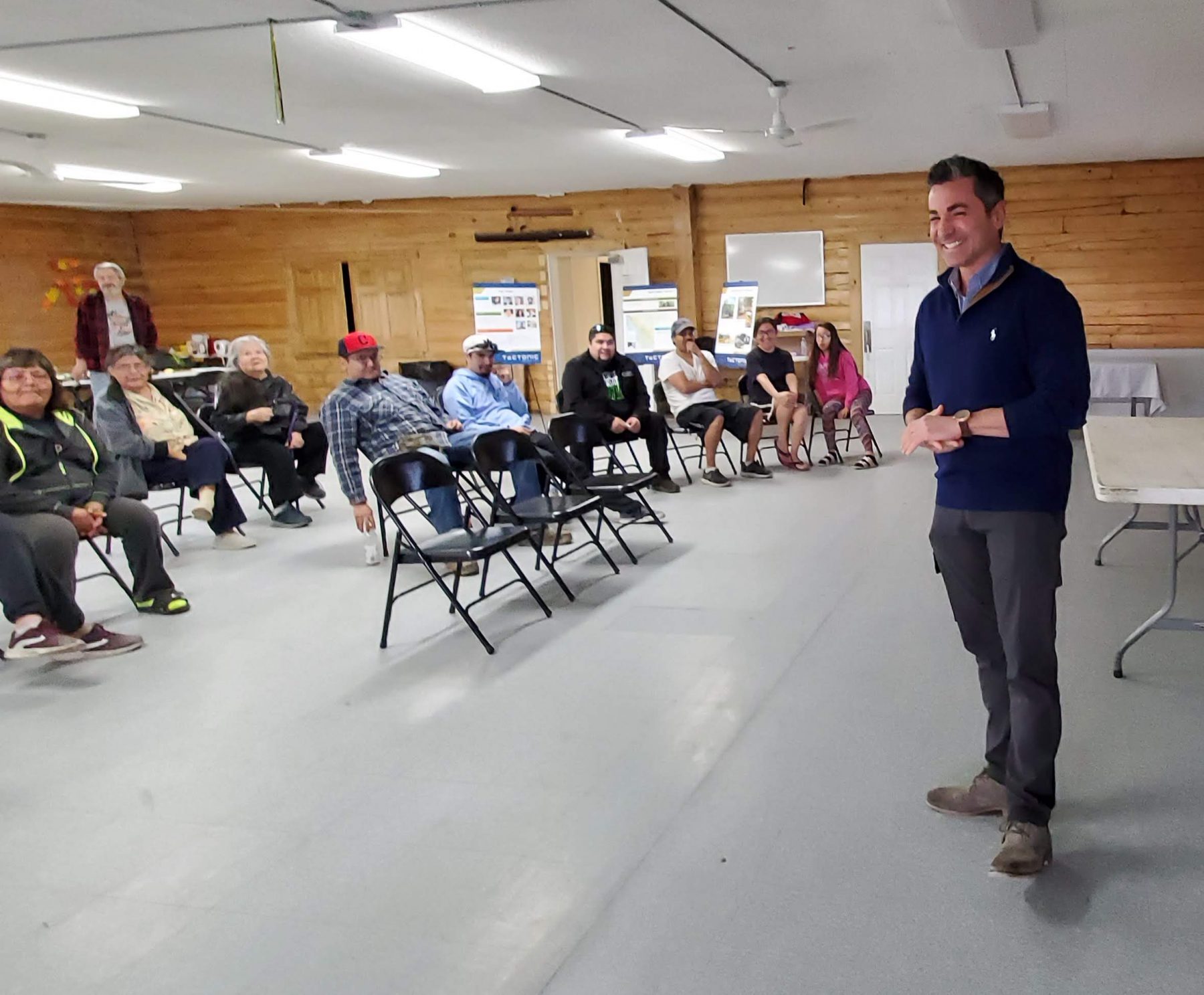 Tectonic is focused on the acquisition, exploration, discovery, and development of mineral resources from district-scale projects in politically stable jurisdictions that have the potential to host world-class orebodies. Whether at home or at work, the Tectonic team is grounded on the following core values:  passion, integrity, patience, focus, perseverance, honesty, fairness, accountability, respect, and a play big mindset.  The Company works for its shareholders and is committed to creating value for them.

The foundation of Tectonic’s governance is knowledgeable, independent, and effective directors that share Tectonic’s core values.

Tectonic is committed to maintaining the highest possible corporate standards and personal integrity with respect to all aspects of our business. Tectonic has adopted a Code of Conduct and Business Ethics that communicates how we put our values in action and governs the behaviour of our directors, officers, and employees.