White Gold Corp. (TSX.V: WGO, OTCQX: WHGOF, FRA: 29W) (the “Company”) is pleased to report positive assay results for its 2022 diamond drilling program on the Ryan’s Surprise target, which is located approximately 2km west of its flagship Golden Saddle and Arc deposits and 11km south of the Company’s VG deposit on the Ryan’s Trend, a 6.5km long x 1km wide north-northwest trend of anomalous gold and arsenic in soils (Figure 1). Hole WHTRS22D029 encountered several zones of significant gold mineralization including 5.34 g/t Au over 10.85m and represents a 50m extension of mineralization along strike to the southeast. A mineralized footprint at the Ryan’s Surprise target of approximately 450m east-west by 450m north-south and to a vertical depth of 450m has been defined to date which remains open in all directions (Figure 2).  The Golden Saddle and Arc deposits have a combined mineral resource of 1,139,900 ounces Indicated at 2.28 g/t Au and 402,100 ounces Inferred at 1.39 g/t Au(1) and the VG deposit hosts an Inferred gold resource of 267,600 ounces at 1.62 g/t Au(2). These assays represent positive results from the Company’s $6 million 2022 exploration program on its extensive and underexplored 350,000 hectare land package in the emerging White Gold District, Yukon, supported by strategic partners including Agnico Eagle Mines Limited (TSX: AEM, NYSE: AEM) and Kinross Gold Corporation (TSX: K, NYSE: KGC).

“We are very pleased to have further expanded and infilled the large footprint of gold mineralization at the Ryan’s Surprise. Mineralization remains open in all directions, with Hole 29 this year ranking amongst the best holes drilled to date at this target. We believe that the Ryan’s Surprise target has the ability to meaningfully increase the size of our significant gold resources and look forward to conducting an initial resource estimate at this target which hosts high-grade and bulk tonnage mineralization. We also look forward to the results from the drilling on several other prospective targets on the Ryan’s Trend to demonstrate additional gold mineralization along the trend and the potential for further expansion of our significant gold resources in this area,” stated David D’Onofrio, CEO.

Maps accompanying this news release can be found at https://whitegoldcorp.ca/news/.

Results from the Gap and Ulli’s Ridge areas are pending and will be announced in due course as results are received and interpreted.

The geology of the Ryan’s Surprise area consists of two primary lithological packages, an upper hanging wall mafic to ultramafic package comprising amphibolite and pyroxenite, and an underlying metasedimentary sequence of metaquartzite, biotite-quartz-feldspar gneiss and minor biotite schist. The contact between the two packages strikes northwest, is relatively flat-lying, and appears to be a possible thrust fault. Ryan’s Surprise is located along the broader 6.5km long north-northwest gold-arsenic geochemical trend (“Ryan’s Trend”). Gold mineralization at the Ryan’s Surprise target is hosted within a series of sub-parallel, en echelon style vein-filled fractures and structures which range in width between <1m to >10m, and dip steeply to the SSW.   Located less than 1km away and within the Ryan’s Trend, the Ulli’s Ridge target may represent the continued extension of these vein sets observed at Ryan’s Surprise. Additional extensional drilling in 2022 to test the continuity of the zone between the two targets was completed, and results of this drilling will be announced in due course. 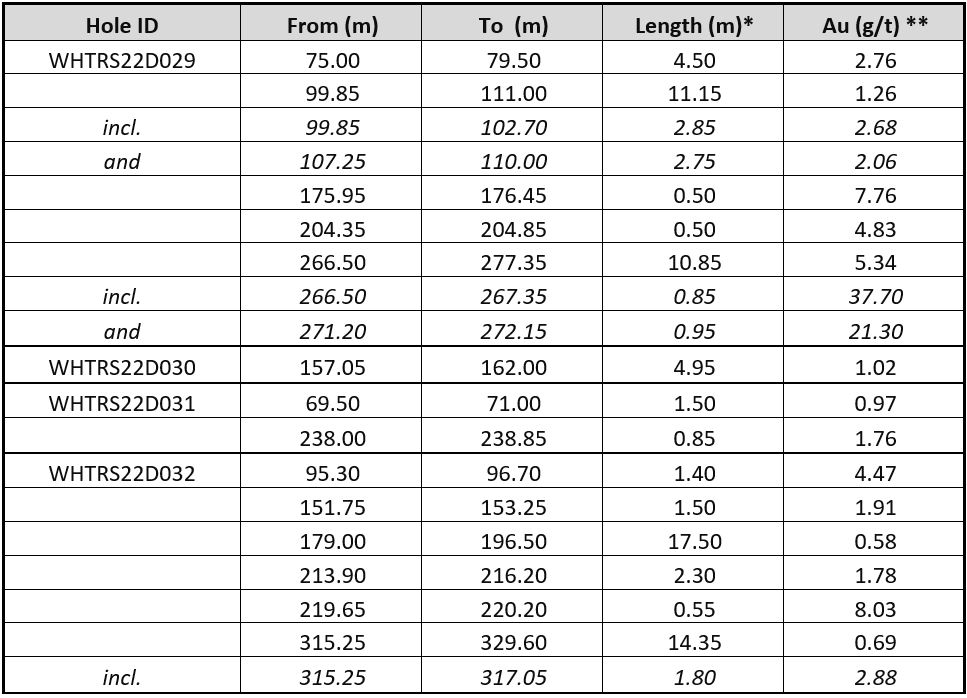 Analytical work for the 2022 diamond drilling program was performed by Bureau Veritas, an internationally recognized analytical services provider, at its North Vancouver, British Columbia laboratory. Sample preparation was carried out at its Whitehorse, Yukon facility. All diamond drill core samples were prepared using the PRP70-250 package, where samples were weighed, dried, and crushed to greater than 70% passing a 2mm sieve, then pulverized to greater than 85% passing 75 microns).  Core were then analyzed in accordance with BV’s FA430 and MA250 packages, for both gold analysis by fire assay (30g fire assay with AAS finish) and ultra-trace multi-element ICP analysis (0.25 g, 4 acid digestion and ICP-MS analysis).

The reported diamond drilling sampling program work was completed using industry standard procedures, including a quality assurance/quality control (“QA/QC”) program consisting of the insertion of standards and blank samples into the sample stream. BV also runs a comprehensive QA/QC program of standards, duplicates, and blanks within each sample stream.

Terry Brace, P.Geo. and Vice President of Exploration for the Company is a “qualified person” as defined under National Instrument 43-101 – Standards of Disclosure of Mineral Projects and has reviewed and approved the content of this news release.

To Book a Meeting with Management: https://whitegoldcorp.ca/contact/request-information/

the expected benefits to the Company relating to the exploration conducted and proposed to be conducted at the White Gold properties; the receipt of all applicable regulatory approvals for the Offering; failure to identify any additional mineral resources or significant mineralization; the preliminary nature of metallurgical test results; uncertainties relating to the availability and costs of financing needed in the future, including to fund any exploration programs on the Company’s properties; business integration risks; fluctuations in general macroeconomic conditions; fluctuations in securities markets; fluctuations in spot and forward prices of gold, silver, base metals or certain other commodities; fluctuations in currency markets (such as the Canadian dollar to United States dollar exchange rate); change in national and local government, legislation, taxation, controls, regulations and political or economic developments; risks and hazards associated with the business of mineral exploration, development and mining (including environmental hazards, industrial accidents, unusual or unexpected formations pressures, cave-ins and flooding); inability to obtain adequate insurance to cover risks and hazards; the presence of laws and regulations that may impose restrictions on mining and mineral exploration; employee relations; relationships with and claims by local communities and indigenous populations; availability of increasing costs associated with mining inputs and labour; the speculative nature of mineral exploration and development (including the risks of obtaining necessary licenses, permits and approvals from government authorities); the unlikelihood that properties that are explored are ultimately developed into producing mines; geological factors; actual results of current and future exploration; changes in project parameters as plans continue to be evaluated; soil sampling results being preliminary in nature and are not conclusive evidence of the likelihood of a mineral deposit; title to properties; ongoing uncertainties relating to the COVID-19 pandemic; and those factors described  under the heading “Risks Factors” in the Company’s annual information form dated July 29, 2020 available on SEDAR. Although the forward-looking statements contained in this news release are based upon what management of the Company believes, or believed at the time, to be reasonable assumptions, the Company cannot assure shareholders that actual results will be consistent with such forward-looking statements, as there may be other factors that cause results not to be as anticipated, estimated or intended. Accordingly, readers should not place undue reliance on forward-looking statements and information. There can be no assurance that forward-looking information, or the material factors or assumptions used to develop such forward-looking information, will prove to be accurate. The Company does not undertake to release publicly any revisions for updating any voluntary forward-looking statements, except as required by applicable securities law.

Neither the TSXV nor its Regulation Services Provider (as that term is defined in the policies of the TSXV) accepts responsibility for the adequacy or accuracy of this news release. 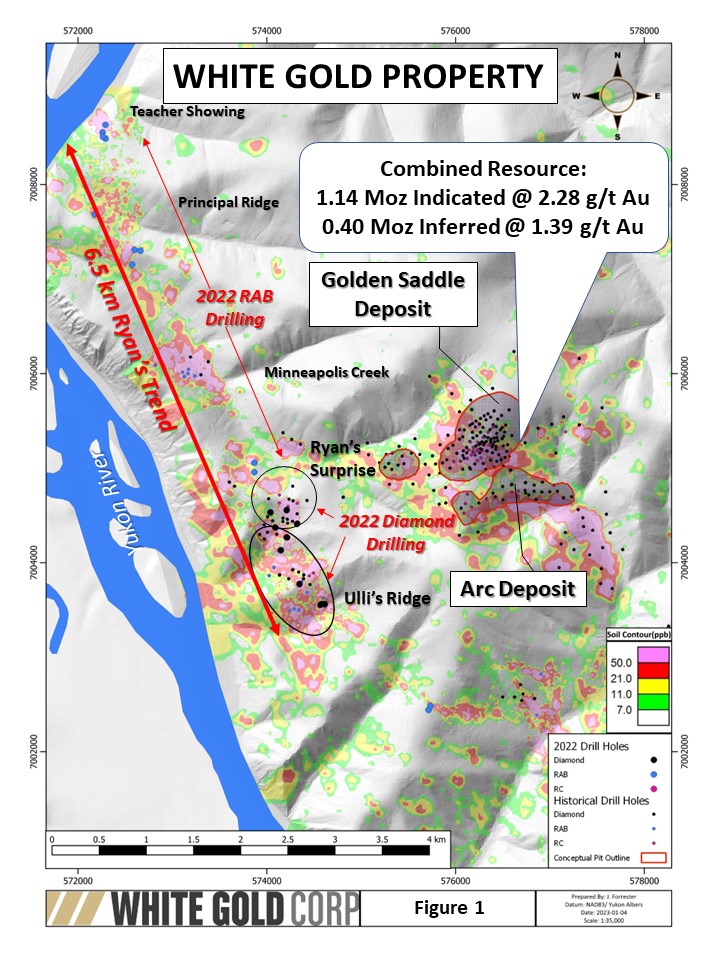 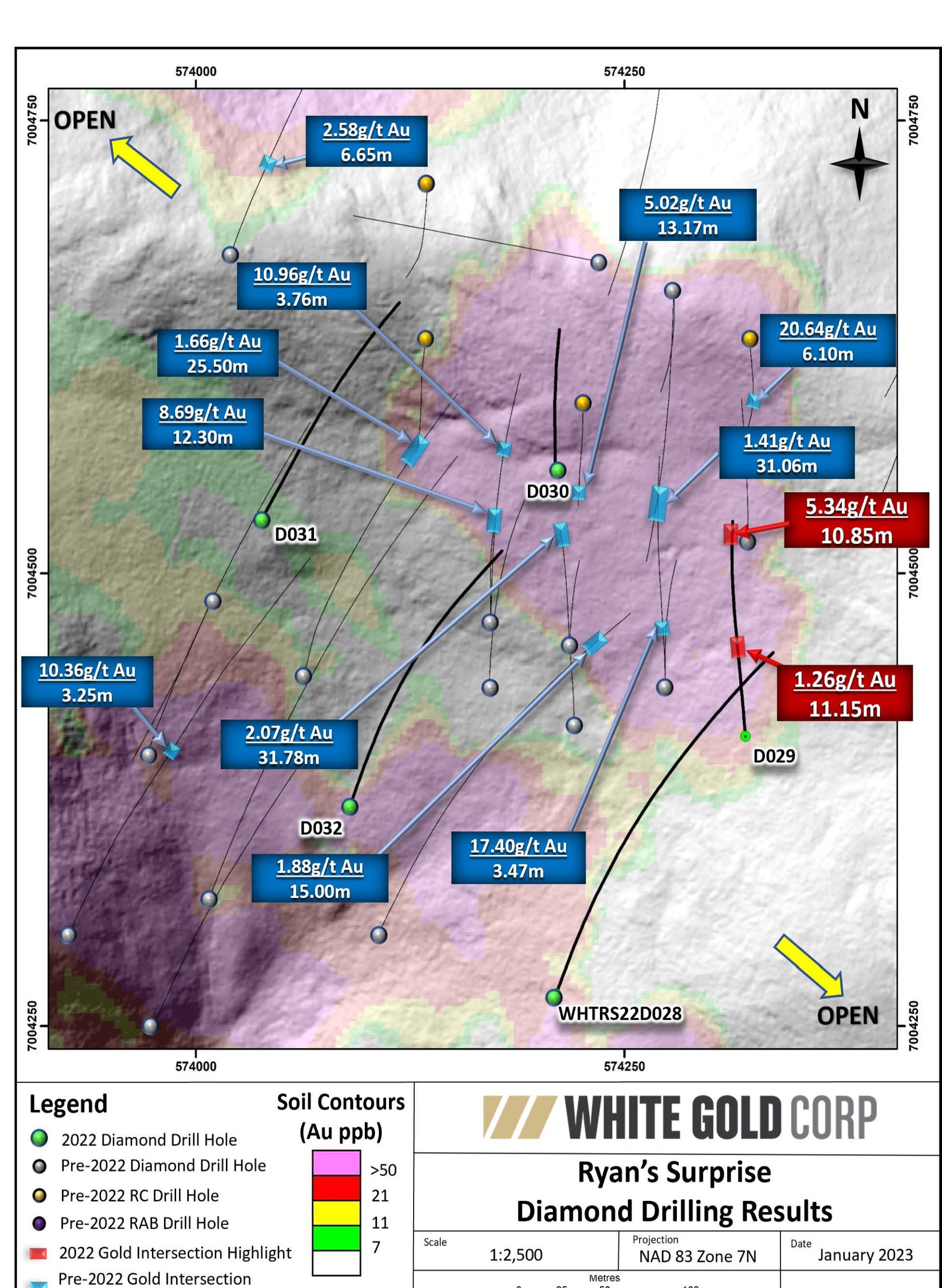 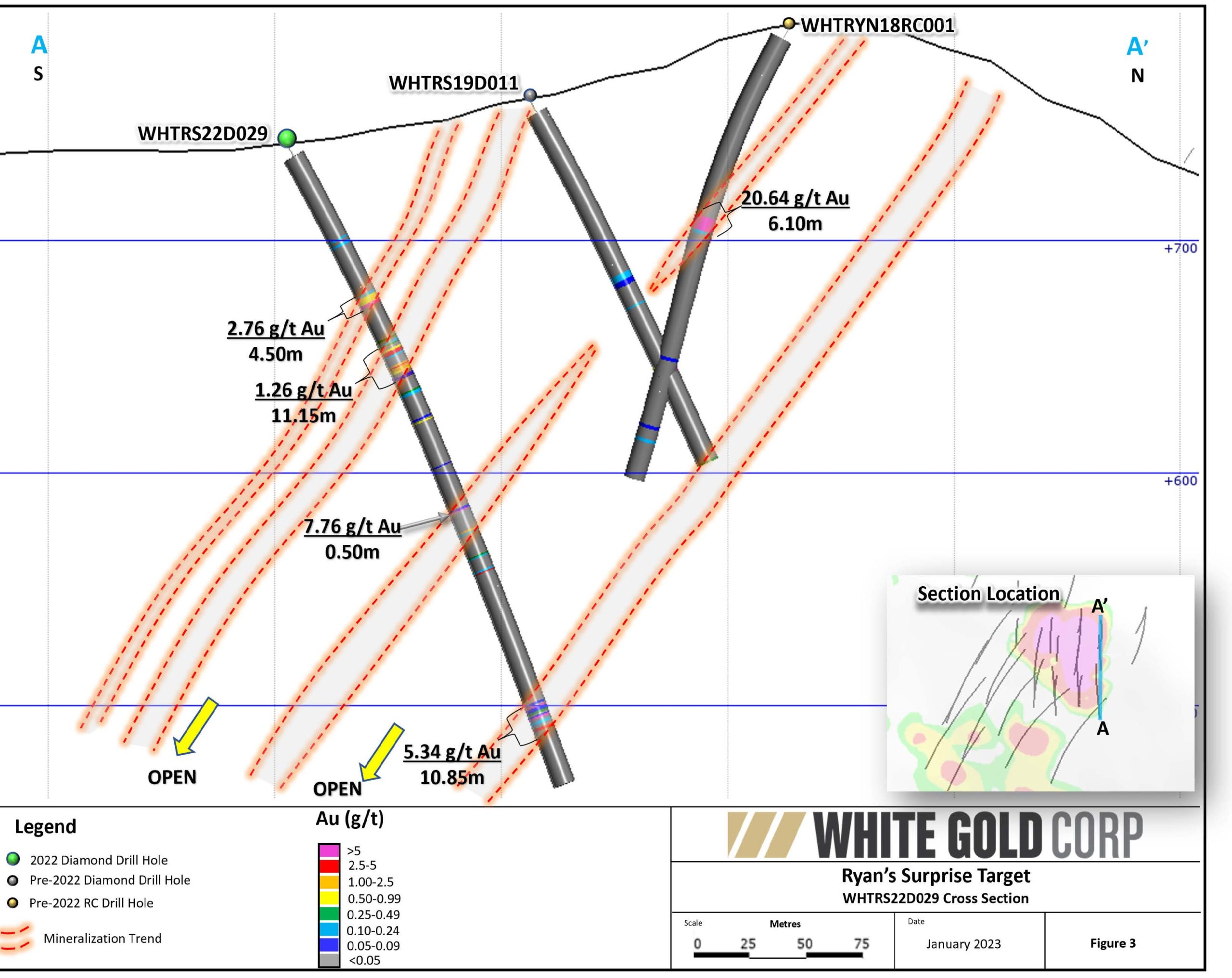 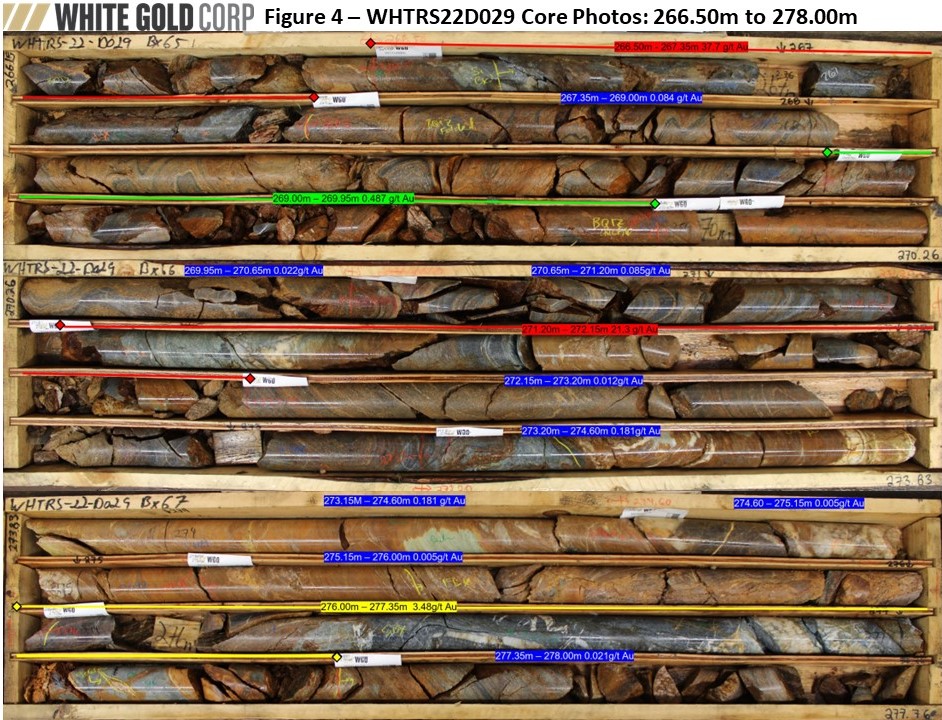 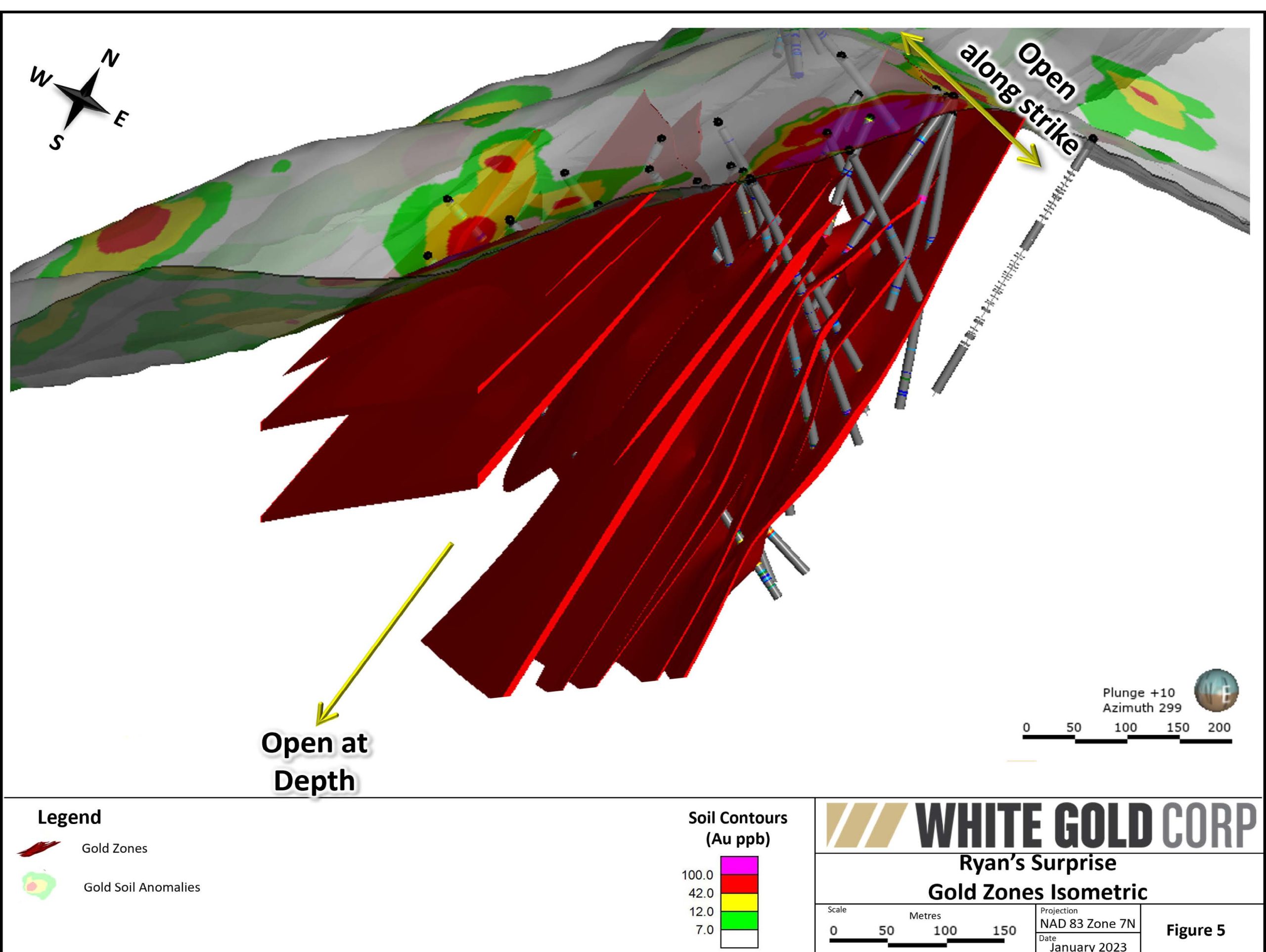