Affinity Metals Corp. (TSXV: AFF) (OTC: ARIZF) (“Affinity”) (“the Corporation”) is pleased to report results from the fall exploration program conducted on the Regal Project located approximately 35 km northeast of Revelstoke, British Columbia, Canada. Exploration work consisted of 3442.5 m of diamond drilling, supported by a prospecting and mapping program. The drill program resulted in the expansion of the high grade silver vein system first drilled by Affinity in 2019 (“Silver Stoke”), and also intersected multiple mineralized horizons 320 m to the southwest (“Silver Slam”): silver-gold bearing base metal veining, and a zinc rich massive sulphide horizon. These intersections show the potential for gold mineralization on the Regal property in the vicinity of the historical Allco workings. The sulphide mineralization and the structural and lithological setting shows similarities to the Rokmaster Resources Revel Ridge project located 7 km along strike to the northwest. Additionally, surface sampling returned a significant new gold-silver discovery in the northwest portion of the property.

Highlights from the 2020 program include the following: 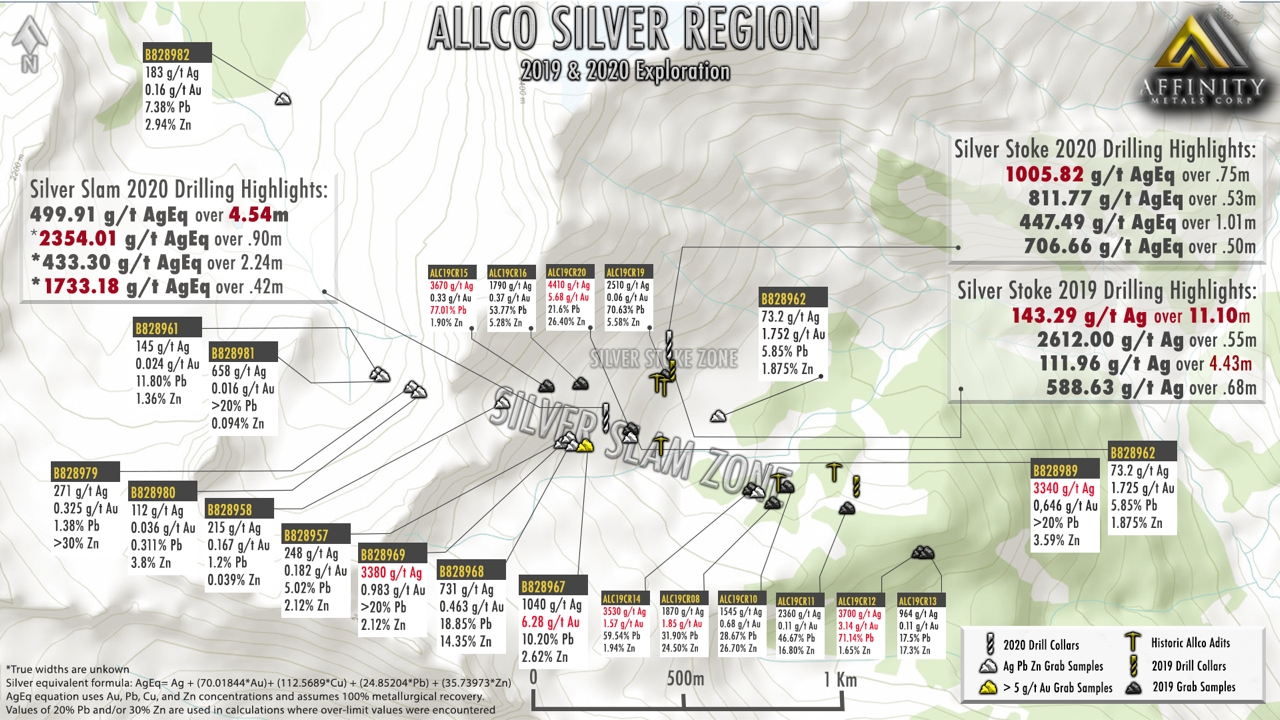 Hole RP-20-01 targeted a deep, large geophysical anomaly and was drilled to a depth of 960 m. The hole intersected a large body of graphitic argillite within the target zone that appears to have been the source of the geophysical anomaly. The hole was terminated before reaching a projected geological contact at greater depth. The hole did intersect several quartz veins that visually appear to be similar in nature to the quartz vein systems associated with the Regal/Snowflake mines located several km to the southeast, also located on the Regal property.

A total of 1,680 m of drilling at Silver Stoke (Holes RP-20-02 to RP-20-13) focused on expansion of the 2019 high grade silver-zinc vein system discovery hosted within a thrust fault (RP-19-10 intercepted 11.10 m of 143.29 g/t silver including a 0.55 m interval of 2612.0 g/t silver). The 2020 drilling successfully produced similar grades in holes that were stepped out approximately 25 meters to the northeast. The 2020 drilling also provided further valuable insight as to the orientation of this system at depth.

A total of 788 m of drilling at Silver Slam (RP-20-14 to RP-20-19) targeted at depth high-grade silver-zinc veins previously sampled on surface in 2019. These holes intersected the high-grade silver base metal veins, and a previously unknown strata-bound massive sulphide replacement horizon. Both mineralized features contain low grade gold. RP-20-15 and RP-20-17 intercepted an upper zone of high-grade Pb-Zn-Ag-Au veining, with RP-20-17 intercepting 0.90 m of 0.88 g/t Au, 1,468 g/t Ag, 14.76 % Pb and more than 12.30 % Zn*. Intersections of the zinc rich strata-bound massive sulphide replacement horizon averaged 1.0m in the 6 drill holes. This horizon is parallel to regional foliation and is still open in both directions along strike and at depth with drilling thus far indicating it may thicken to the northwest.

Also noteworthy is a newly discovered surface showing in the northwest portion of the property which returned 5.16 g/t gold and 17.25 g/t silver. This is significant as this coincides with a historical soil geochemistry anomaly, proximal to the historical Mastodon Mine.

Several drill core and grab samples exceeded assay limits and these over-limit assays are now being conducted on samples where grades of Pb were >20% and Zn were >30%. These assay results will be released in due course once obtained from the lab.

Rob Edwards, Chief Executive Officer of Affinity stated the following: “After a long overdue wait, we are very pleased to announce these positive results, validating what we have been anticipating for the past six months. We would like to commend the efforts of our geology and operational teams for putting together such a successful program, expanding the Silver Stoke zone while also discovering a very promising new high grade silver system that also carries gold. The sampling, mapping and drill efforts from the past two seasons reinforce the scale of mineralization that management has forecasted since acquiring the expansive Regal project and further confirm that the Regal is geologically similar to, and hosts mineralization sharing characteristics with, Rokmaster’s developing Revel Ridge project located to the north.

“The Regal is Affinity’s flagship property and is responsible for driving the majority of our shareholder value. We are a better company than we were last year at this time. Now that we have results in hand, we can structure further exploration with greater certainty and confirmation. We look forward to getting back on the ground and thank our shareholders for their long standing and continuing support of our vision.” 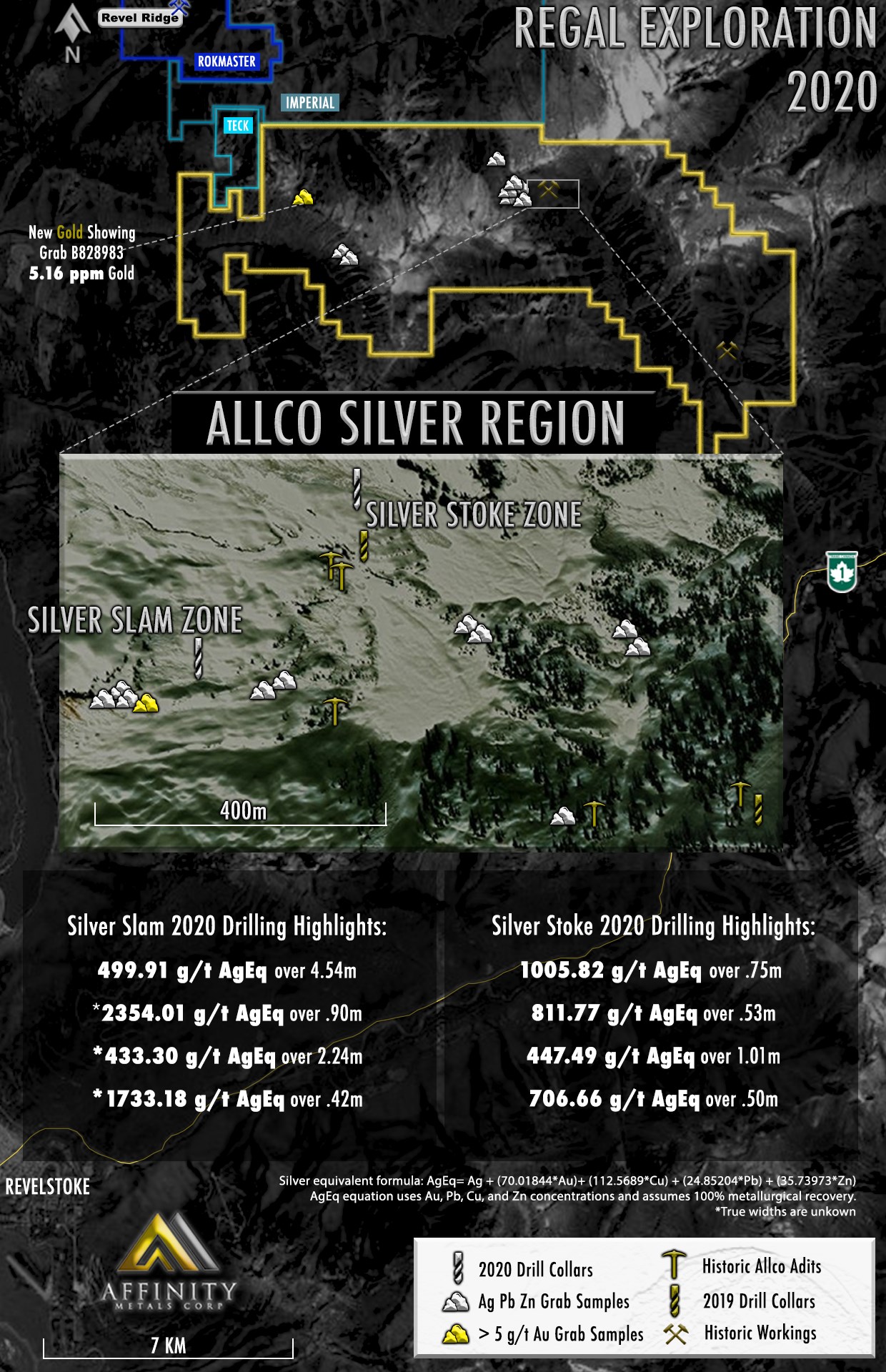 Click to view an enhanced version of this map. 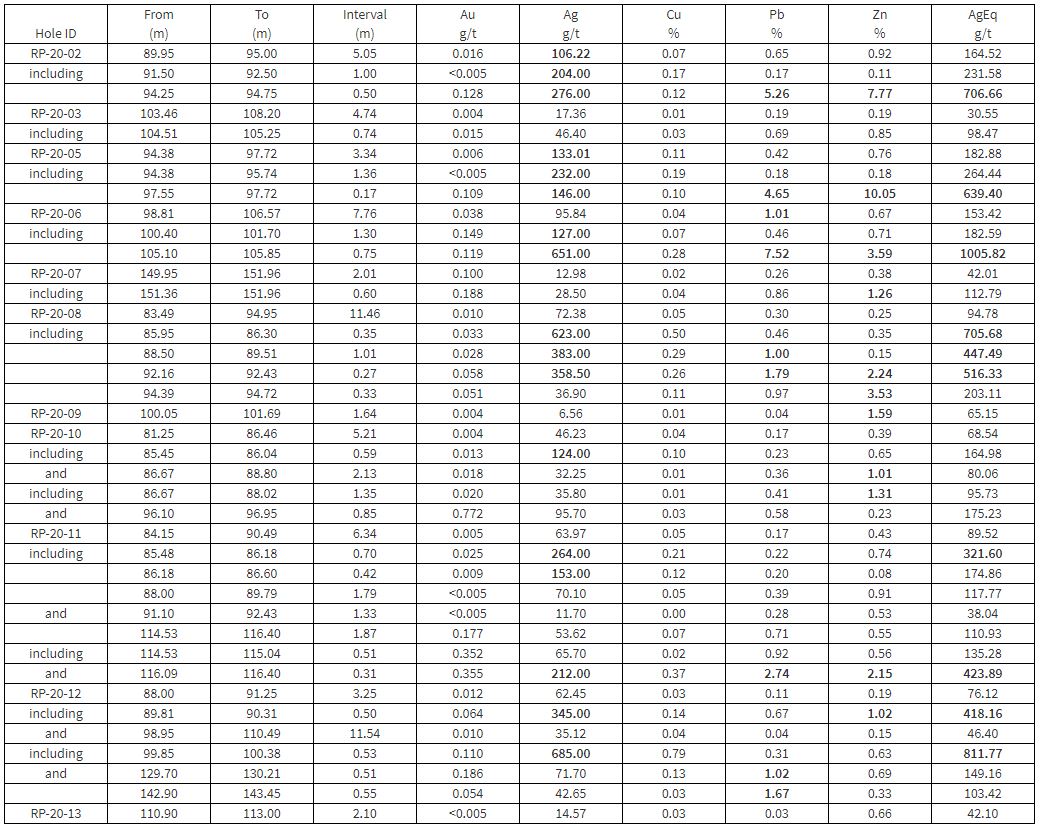 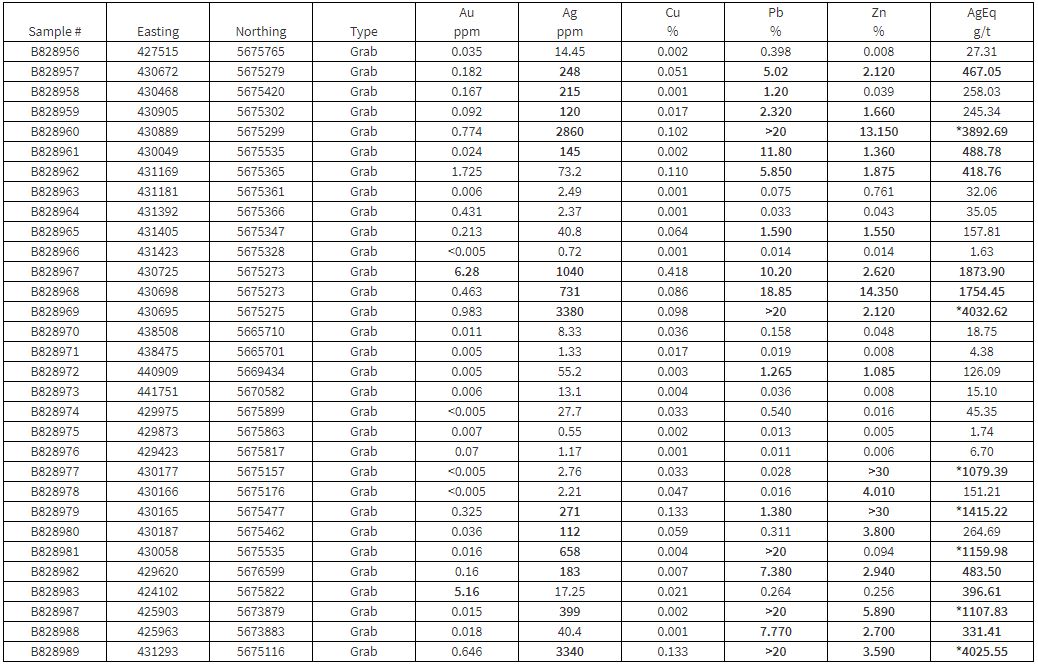 Drill core samples were collected under the supervision of Affinity contractors. Drill core was transported from the drill sites to the logging facility in Revelstoke, British Columbia where it was photographed, logged, sampled, and split by diamond saw. Samples were then bagged, and blanks and certified reference materials were inserted at regular intervals. Groups of samples were placed in large rice bags, sealed and numbered, and transported from Revelstoke to ALS Geochemistry in Kamloops, British Columbia.

Sample preparation and analytical work for this drill program was carried out by ALS Geochemistry, Kamloops, British Columbia. Samples were prepared for analysis using ALS method PREP31: individual samples were crushed to 70% less than 2mm, and a 250g riffle split was pulverized to better than 85% passing 75 microns for analysis. Samples were analyzed using a four acid digestion with an ICP-MS finish and a re-assay of over-limits. Au was analyzed using fire assay with an AAS finish.

Results passed QAQC screening at the lab, however company inserted standards and blanks returned results that indicated minor amounts of carryover between samples. After additional review and analyses by the lab, it was determined that the carryover was within ALS Laboratories acceptable carryover limits.

The Qualified Person for the Regal Project for the purposes of National Instrument 43-101 is Alicia Carpenter, P. Geo. She has read and approved the scientific and technical information that forms the basis for the disclosure contained in this news release.

Affinity Metals is focused on the acquisition, exploration and development of strategic metal deposits within North America.

The Corporation’s flagship project is the Regal. The Corporation holds a five-year Multi-Year-Area-Based (MYAB) exploration permit for the Regal which includes approval for 51 drill sites.

The Corporation also holds additional mineral properties in both Ontario and Quebec, Canada.

Travis Steinke, Corporate Development Manager, can be contacted at: info@affinity-metals.com

Information relating to the Corporation is also available at: www.affinity-metals.com

This news release contains forward-looking statements. These statements are based on current expectations and assumptions that are subject to risks and uncertainties. Readers should not place undue importance on forward-looking information and should not rely upon this information as of any other date. Actual results could differ materially because of factors discussed in the Corporation’s management discussion and analysis filed with applicable Canadian securities regulators, which can be found under the Corporation’s profile on www.sedar.com. The Corporation does not assume any obligation to update any forward-looking statements.