“ We are thrilled with this transaction and to be working with the Jadestone Energy team. We are excited to further develop the claims into potentially the largest new uranium discovery in the US in the past 30 years.”  States President and CEO, Christopher Anderson

The project consists of 160 contiguous Bureau of Land Management claims covering an area of 3,200 acres. Access to the property is by State Highway 95 that runs through the southern portion of the claims. Numerous trails and four-wheel drive roads afford access within the claims.

The initial claims in the Tonopah project were staked in the 1950’s by Mr. Paul Burkett the founder of Jadestone Energy’s predecessor Uranium Exploration Corporation.  Since the 1950’s exploratory work comprised drilling and field mapping. Prior to 2006, 25 reverse circulation drill holes were drilled on the property and of these 14 holes exhibited uranium mineralization. In 2006, the company undertook further geological mapping, scintillometer prospecting and drilling with 10 holes exhibiting uranium mineralization. These results are summarized in a NI 43-101 compliant technical report completed in 2011.

In addition, an independent, third-party geological review of the project was undertaken by one of the major North American uranium mining companies that supports that there is confirmed uranium mineralization, much of it near surface (60-350ft) with potentially economic grades, probably lending itself to high-volume, low-grade, low-cost open pit mining which could potentially utilize a low-cost, heap-leaching recovery process.

Drilling has identified an initial high-value target in the south of the property, the first of several other similar high-value targets on the property. The deposit is in a 500 sq mile basin, geological data indicates it could contain several such high-value targets that could result in a mining district (a district containing 100M+ lbs. of uranium). A drilling permit for an additional 68 holes is completed and awaiting approval. 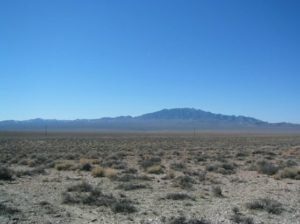 Most significantly, geological, geographic and mineralogical data from the drilling program suggest that there are almost certainly classic, uranium-containing, Wyoming-type sandstone roll fronts or solution fronts, similar in formation to those found in Wyoming and Utah, formed within the property and in the surrounding areas. Examples of Wyoming-type roll front “districts” include Powder River Basin with reserves of 150 million pounds, Gas Hills 100 million pounds and Shirley Basic 100 million pounds.

Alliance Mining believes the uranium market is poised for an imminent, substantial and sustainable increase in both the spot and long-term prices.

As the deficit between uranium supply and demand will occur within the next few years and that, coupled with the number of new nuclear power plants coming on stream over the next 20 years will undoubtedly extend that deficit until the mining industry can make up the difference. There is a window of at least 10-15 years before supply and demand are balanced.

Also notable is the US consumes 55 million pounds of uranium every year yet only produces four million pounds from its mines. In other words, 92% of all the uranium used to fuel 100 operating nuclear power plants is imported, mainly from Kazakhstan, Canada and Australia which together produce 65% of global uranium.

Political uncertainly in global trade is also playing a role in the future of uranium. The critical minerals list was published in response to Executive Order 13817, signed on 20 December 2017. Spurred by a United States Geological Survey report titled, “Critical mineral resources of the United States—Economic and environmental geology and prospects for future supply,” President Donald Trump directed the Secretary of the Interior to examine U.S. dependency on the supply of important mineral resources.

Pursuant to the terms of the Letter of Intent with Jadestone Energy LLC, the Company may earn-in a 100% interest in the property by making certain staged cash payments and share payments of common shares in the capital of the Company to Jadestone over a four year period as follows: (i) USD$300,000 in cash; and (ii) USD$1,700,000 in common shares. ALM must also expend a minimum of USD$600,000 of exploration expenditures on the property over a four year period.