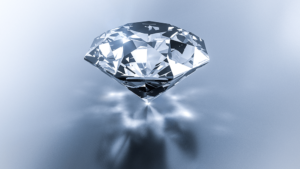 The analyses was conducted on the Grey Wolf kimberlite and Vasa Dykes. Both kimberlite bodies were discovered by excavator and these first results are from samples within the discovery pits. In addition, the company is awaiting caustic fusion analyses results from its diamond drill program.

“We are greatly encouraged by the results, to date,” said Buddy Doyle, vice-president, exploration at Arctic Star. “So far every kimberlite we have discovered on the Timantti property has proven to be diamondiferous,” he said.

Prior to Monday’s announcement, Timantti was comprised of two known diamond-bearing kimberlites: the Black Wolf and White Wolf Kimberlite, which are situated approximately 450 kilometres southwest the Lomonosov and Grib mines in Russia. The project includes a 243-hectare exploration permit and a 95,700-hectare exploration reservation near the township of Kuusamo in Finland.

The company has said kimberlite bodies discovered so far may represent the first discoveries in a large kimberlite field.

Doyle said he is particularly pleased by results from the Wolves as they are the best diamond results to date ever reported in Finland, at least at this initial discovery phase. “We look forward to adding to this as the diamond results from our drilling become available.’’

Artic Star’s goal at this early stage of the evaluation of the Timantti kimberlites is to gather and process enough caustic fusion samples to give guidance on the grade of each discovery.

Timantti (Finnish for diamond) is one of four diamond-focused projects in the Arctic Star portfolio.

The others are the Diagras and Redemption projects in Canada’s Northwest Territories, and the Stein Project in the Canadian Nunavut. The portfolio also owns the Cap rare earths project in British Columbia.

Diagras is located next to the Ekati and Diavik diamond mines and has already generated drill ready targets. The project is held jointly by Arctic Star and Margaret Lake Diamonds Inc. [DIA-TSXV, DDIAF-OTC].

Arctic Star was in the news last year when it announced the discovery of a carbonatite complex at its 100%-owned CAP Property. Carbonatite is an extremely rare stock type with only around 550 complexes identified worldwide. They are a well-known source of a plethora of commodities, including niobium and rare earth elements.