In PART I, we provided an overview of the opportunities exploring for minerals in Australia.

One region that we didn’t cover was the Northern Territory, a vast area in the central and central-northern regions of Australia covering 1.42 million km2 that is famous for the Outback Desert and the Ayers Rock monolith. Darwin is the capital. 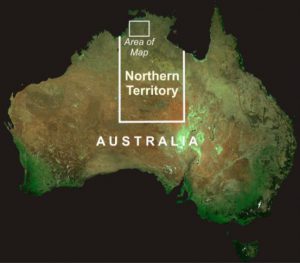 The territory has seven major mines, including the world’s largest manganese mine at Groote Eylandt, supplying 15% of world demand. The McArthur River Mine is one of the world’s largest zinc-lead deposits. Thirty percent of Australia’s total known uranium reserves are in the Northern Territory.

With such prolific mineralization, its economy is based mainly on mining and petroleum, which during 2018–2019 contributed 23% of the Gross State Product, or $5.68 billion, accounting for 92.4% of exports.

Despite years of exploration and mining, the territory remains highly prospective and mineral rich with large underexplored areas providing tremendous opportunities for mineral discoveries in a stable, safe and secure jurisdiction. The Northern Territory Government is keen to further develop its mining sector and provide high quality, free of charge geoscience information and data, and facilitation assistance with regulatory processes.

The Northern Territory offers high quality and modern infrastructure, including a well-equipped bulk commodity port with direct connection to a freight railway corridor running the length of the territory, and a network of natural gas pipelines. The Port of Darwin boasts the shortest shipping routes to East Asia compared to any other Australian bulk commodity port.

Vista Gold Corp. [NYSE American and TSX: VGZ] is a gold project developer focused on its 100%-owned Mt Todd gold project located in the Tier 1 mining jurisdiction of the Northern Territory, Australia. Mt Todd is the largest undeveloped gold project in Australia and, if developed as presently designed, would potentially be Australia’s sixth largest gold producer on an annual basis.

Since Mt Todd is a “Brownfield” development project, there is significant existing infrastructure including paved roads from the major transportation corridor, a natural gas pipeline to site, electric power, a fresh water reservoir, tailings impoundment facility, as well as available labor and technical personnel.

At September 30, 2020, cash plus short-term investments (comprised of government securities) totaled $10.2 million, working capital was $9.9 million, and net income was $4.2 million, or $0.05 per share. The company has agreements in place to realize up to $4.6 million over the next nine months from monetization of non-core assets. Vista Gold has no debt, 102.7 million shares outstanding, and strong institutional support. 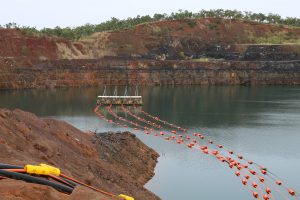 The updated 2019 Preliminary Feasibility Study estimates average annual production of 495,000 ounces of gold years one through five with all-in sustainable cost of US$688/oz. Cash costs are forecast at US$575/oz years one through five and US$645/oz for the life-of-mine. The after-tax net present value5% (NPV5%) is $823 million with an after-tax internal rate of return (IRR) of 23.4% – all based on a gold price of US$1,350/oz and a $0.70 foreign exchange rate. At the current gold price and foreign exchange rate, the NPV5% is $1.9 billion and the IRR more than 44%.

The company recently commenced a drilling program with the goal of confirming the existence of higher-grade, near surface mineralization immediately adjacent to the planned Batman pit. Assay results from the first holes are expected in the coming weeks with full program results to follow. Should the drill results confirm an extension of the structures and mineralization that form the Batman deposit, a comprehensive resource definition drilling program is expected to ensue. Successful completion of this program could form the basis for future changes to the mine design, with the combined benefits of better grade and lower stripping. Furthermore, this drilling marks Vista’s first efforts to confirm the continuity of gold mineralization within the structural corridor extending from the Batman deposit northeast ~5.4 Km to the Quigleys deposit.

To advance the construction of Mt Todd, Colorado-based Vista does not believe the debt and dilution needed to build Mt Todd on a stand-alone basis is not in the best interest of its shareholders.

Frederick H. Earnest, President and CEO of Vista Gold, stated, “We believe Vista is well positioned in the current gold environment consider prospective development partners who we think will recognize the value of Mt Todd and appropriately reward shareholders.”

Earnest is part of the management team that has extensive experience in mine start-ups and large project construction.

The advanced Mt Todd gold project is located in a favorable mining jurisdiction, has a strong social license in place and robust economics. After a construction decision, mine building would take about 24 months followed by a six-month commissioning and start-up period.