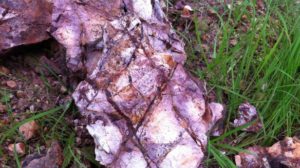 Aztec Minerals Corp. [AZT-TSXV, AZZTF-OTCQB] on Monday said it has launched a $139,000 Phase 1 exploration program at its Tombstone Project in southern Arizona.

While exploration at Tombstone is in the very preliminary stages, Aztec is hoping for a similar outcome as its launches a phase 1 program that it said will consist of structural and geological mapping, soil and rock sampling, trenching and geophysical surveying.

The focus of this exploration program is to better define the three styles of mineralization known to exist on the property and to identify top priority targets for drilling.

Aztec is a mineral exploration company focused on the discovery of large gold-copper deposits in the Americas. Cervantes is the company’s flagship asset. It is located in the Laramide porphyry belt approximately 265 kilometres southeast of the huge Cananea porphyry copper-molybdenum mine of IMMSA and 55 kilometres west of Alamos Gold Inc.’s [AGI-TSX, NYSE] Mulatos epithermal gold mine. The property is situated on private ranch lands accessed via dirt road from the town of Tonichi.

Historic silver production in the district from 1878 to 1939 was estimated at 32 million ounces from several small vein mines. Aztec management views the district as highly prospective for the discovery of epithermal and carbonate replacement (CRD) orebodies.

The three types of mineralization at Tombstone include:

Aztec says it is primarily interested in discovering new zones of epithermal and CRD mineralization because they typically form much larger mineralized bodies, that anything that has been previously discovered in the Tombstone area.