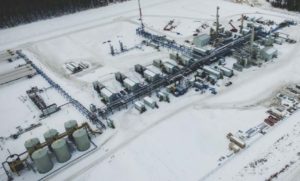 Bellatrix Exploration Ltd. [BXE-TSX] on Friday March 29 announced a proposed recapitalization transaction that the company said is designed to strengthen its overall financial position by reducing outstanding debt by approximately $110 million and cutting interest payments by over $12 million until December 31, 2021.

Bellaxtrix said the recapitalization plan would leave the company with no maturity dates in relation to any non-revolving debt until 2023.

Bellatrix is an Alberta-based intermediate energy producer with a focus on exploration and development of light oil and liquids rich natural gas opportunities. The company is currently focused on developing its two core resource plays, including the Spirit River and Cardium formations in Western Canada.

The company said it has been reviewing and exploring alternatives to address its debt levels and its upcoming debt maturities, and recommends the recapitalization transaction. It also said it is pleased with the level of stakeholder support for the transaction. It involves:

“The meaningful reduction to our outstanding debt obligations and our annual interest payments increases both our financial and operational flexibility during this period of protracted commodity price weakness,” said Bellatrix President and CEO Brent Eshleman.

“Bellaxtrix is now well positioned to take advantage of future improvements in the commodity and operating environments in Western Canada.”

The recapitalization transaction will be implemented by way of a corporate plan of arrangement and is expected to be completed by the end of May, 2019.