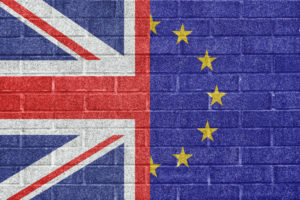 Gold and other safe haven assets have seen strong momentum leading up to the June 23rd ‘Brexit’ referendum when the United Kingdom will vote whether to remain within or exit the European Union. The lead up to the referendum has seen a populist political charade take place in a major Western power. A few years’ prior, these political events were confined to smaller and less economically significant economies, such as Greece. Now, investors are left worrying what the economic significance is of a major economy like Britain questioning their role in the economic union. Furthermore, asset classes such as precious metals, western government debt, and the dollar are showing strength as investors’ hedge the possibility of populism prevailing and upsetting the political status quo.

Fundamentally, it makes sense for gold to react positively given the heightened levels of uncertainty in global markets today. Recent polls in the United Kingdom have shown the outcome of this Thursday’s vote is simply too close to call. Regardless, if the vote to remain within the EU prevails, it’s irrefutable that there will still be a segment of the population that feels disenfranchised from the democratic process and wants to see some level of change, despite being right or wrong. This sentiment will not dissipate once the vote is cast. Examples of this are how tight the opinion polls remain for Scottish independence since the pro-independence movement lost in a referendum which took place during September 2014 UK election. Another is the Tea Party morphing into the Republican nomination of Donald Trump for president.

It’s not the anomaly of this event that is driving gold prices, but a theme of populism that is threatening global economic activity. Investors, like in 2008, are looking for diversification. The difference between the populism outcries now, and in 2011 originating in nations like Greece, is that global impact has the potential to be much more significant.

Many analysts link the performance of the yellow metal to inflation and inflation expectations. As is evident from gold’s 20 per cent plus year to date rise, inflation forecasts had nothing to do with the move higher. Instead, anticipation over the US Federal Reserve policy and their inability to raise interest rates and global geopolitical rhetoric, are both factors leading to heightened levels of global economic uncertainty.

For the first time in history, German 10-year bund yields (interest rates) breached negative territory. Japan’s 10-year government bonds are trading at record negative lows. Currently, 16 per cent of Europe’s investment grade corporate debt is yielding a negative rate. Even an alternative asset like bitcoin is up 169 per cent this year. Debt markets are trading off of fundamentals that a number of the world’s central banks are purchasing sovereign debt and high grade corporates in order to bring down borrowing costs and try and spur economic growth. Alternative assets like gold and silver are trading off a heightened level of fear prompted by an unknown outcome.

One of my favorite financial debates is the topic of whether or not the price of gold is in a bubble. That’s because I like to surprise people and say that of course it is. The price of gold is merely a measure of the level of risk in the world’s financial markets. Sentiment, not a fundamental value, determines gold’s price. If we are forecasting normal economic growth and the US economy is operating at or near full employment, global trade is expanding, and emerging market economies are healthy, we would expect gold prices to be quite low or stable. When populism politics is spreading from regions like Greece to major economies like the US and Britain, and are counterintuitive to what we would normally perceive to be a more acceptable scenario, investors require and look for safety, and gold is historically a conventional hedge.

Robert Levy is Managing Director of Border Gold Corp., a retail precious metal dealer based in White Rock, BC.