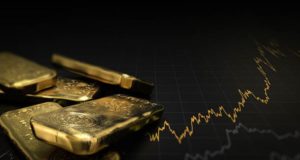 A rallying gold price and forecasts that the yellow metal will continue to shine has a put the spotlight on select companies that are likely to benefit from the improving market sentiment.

Commerzbank analyst Karen Jones says the short term outlook for gold is positive and the market’s strong rally at the end of 2017 has put gold on course to challenge major resistance at US $1,352 to US $1,382 an ounce after rising from US $1,236.88 in early December.

Scotiabank analyst Trevor Turnbull says royalty and streaming companies are an attractive way to play the market as they are uniquely de-risked compared with operating miners as there is no capital cost inflation, no margin erosion from expenses, minimal foreign exchange risks, and less downside amid falling prices.

Under its streaming agreements, Wheaton makes upfront payments and in return it purchases a fixed percentage of the future silver and/or gold production from a mine at a predetermined price. In many cases, these agreements are for the life of the mine. For example, Wheaton’s agreements cover 75% of the gold production from the Salobo mine in Brazil over a projected 40-year lifespan.

“Given Wheaton’s strong ability to generate free cash flow, the company can comfortably continue to pay down the roughly US $850 million outstanding balance on its US $2 billion line of credit,’’ said Turnbull. Wheaton has already repaid US $340 million year to date at the end of the third quarter of 2017.

Meanwhile, Sandstorm Gold is getting attention after reporting annual gold equivalent sales of 54,600 ounces, a number that ranks at the high end of its 2017 production forecast of between 53,000 and 55,000 ounces. That implies fourth quarter 2017 sales of 12,052 gold equivalent ounces.

Since 2009, Sandstorm has compiled a portfolio of 174 streams and royalties, of which 21 of the underlying assets are currently producing gold. It has streams in mines and development projects in Canada, United States, Mexico, Brazil, Argentina, Peru, Chile, Honduras, Burkina Faso, South Africa, Turkey, Australia, French Guiana, and Mongolia.

After acquiring a 2% net smelter return royalty in the Houndé gold mine in Burkina Faso from Acacia Mining Plc [ACA-LON] for $5.3 million and drawing $20 million on its credit facility, Sandstorm was expected to have a cash balance just shy of $9 million at the end of 2017.

The move came after Sandstorm announced record gold equivalent production in 2017 and the sale of US $18 million worth of shares and convertible debentures in Equinox Gold Corp. [EQX-TSXV].

The company it sold approximately 54,600 attributable gold equivalent ounces, up from 49,731 in 2016. That marked the highest yearly total in the company’s history. In a footnote in the press release containing its operating results, the company said it has included gold equivalent ounces as a performance measure even though the term does not have any standardized meaning prescribed by International Financial Reporting Standards.

Meanwhile, Commerzbank analyst Karen Jones said the outlook is also positive for silver, which she said could rebound to between US$18.25 and US $18.69. In doing so, silver would be revisiting the highs seen in 2017.