People could be confused if they have trouble understanding Canada’s supposed stance against Russia in the wake of that nation’s invasion of Ukraine.

Canada has taken “strong and decisive action” said the federal government in February, prohibiting the importing of Russian oil, barring Canadian financial institutions from dealing with the Russian Central Bank, imposing an asset freeze and a dealings prohibition on Russian sovereign wealth funds, sanctioning members of the Russian elite, and restricting exports to Russia. Also, the federal government authorized military and financial aid in the millions of dollars to help Ukraine.

That seems like a strong approach, albeit from a nation hardly classified as a ‘world power’ – except in the eyes of current leader Justin Trudeau, who takes every chance to travel the world and meet with other leaders for photo ops, making sweeping statements and financial commitments his own nation can hardly afford.

So his beleaguered citizens, many fighting inflation, homelessness, a weakened healthcare system and a myriad of other at-home issues, can be forgiven for being baffled by Canada’s decision to sidestep its own Russia sanctions and take steps to support the resumption of operations of a pipeline between Russia and Europe. That’s right. Canada has decided to return repaired turbine equipment vital to the Nord Stream 1 pipeline back to Germany. The turbines had been sent to Montreal for scheduled repairs by Siemens Canada. As recently as in June, Siemens said Canada’s sanctions against Russia over its invasion of Ukraine meant the company couldn’t return the equipment.

This at a time when nations around the world have turned away from Russian oil and natural gas due to the crisis in Ukraine, and even as the International Energy Agency is encouraging the G7 nations to expand their price cap on Russian oil to include other products as well.

Germany, Europe’s largest economy, feared Russia would shut off deliveries of natural gas to Europe after the planned maintenance, which had already slowed the flow through the pipeline. Germany warned last month that it was in a crisis over Russia’s decision to cut the flow of gas through Nord Stream 1 by 60%.

Ottawa’s decision to allow the return of the turbines rightly has been criticized by Ukraine leaders, who say it is a dangerous exception to Canada’s sanctions against Russia, calling it “blackmail” with no technical justification and asserting that Russia could continue to supply natural gas to Germany in full even without the turbine.

“This dangerous precedent violates international solidarity, goes against the principle of the rule of law and will have only one consequence: It will strengthen Moscow’s sense of impunity,” said Ukraine’s Foreign Affairs Ministry and its Energy Ministry in a statement.

The United States, however, supports Canada’s move. U.S. State Department spokesman Ned Price said recently the move will allow Europe to fortify its gas reserves in the short term, and will help Germany and others increase their energy security and ultimately counter Russia’s dominance in the region and its efforts to “weaponize” energy.

To add to the confusion, on the same day that Canadian Natural Resources Minister Jonathan Wilkinson announced the return of the turbines for Russia’s use, Foreign Affairs Minister Melanie Joy announced that Canada plans to apply a new set of sanctions targeting Russia’s land and pipeline transportation and manufacturing sectors.

The Canadian Gas Association (CGA) has written Trudeau indicating its desire to support global energy security and the government’s plan to create a Canada-EU working group on green transition and LNG, but says it’s also concerned with the “greater challenge” facing Canada and its allies. The association reminded Trudeau that Canada has hundreds of years of natural gas supply, robust infrastructure and industry expertise.

“We can do more for Europe and the world, and we want to. We are prepared to work with the Government of Canada on a plan to address global energy security and bring Canadian gas energy to those who need it,” the association said in a March letter to Trudeau which has been largely ignored.

The global natural gas industry has taken firm action on Russia. The International Gas Union has suspended all Russian Federation entities at the request of the U.S. — and Canada. And next year’s Global Conference on Liquefied Natural Gas, planned to be a showcase for Russia, will not take place in that country.

But the need remains to help Europeans guarantee their energy security with alternative sources of supply. The need is there, the desire is there, but what is the Canadian government doing about it? Not enough. With one of the largest reserves of oil and gas in the world, this nation’s energy industry is ideally situated to supply other nations — and profit from it.

But that isn’t how it works in Canada, apparently. While the CGA is ready to help government identify how energy can be moved from Canada to Europe in the near term, it’s awaiting signals from Ottawa that government will work with them to achieve it. Canada should be putting in place conditions that quickly will foster more domestic transmission and distribution facilities and more export facilities on both coasts. President Joe Biden has made this a priority in the U.S. but Canada again lags behind. Yet, in Canada, the concept of pipeline shipments to the East Coast and creating LNG export terminals there are solutions faced with more hurdles than help. Thus we see Canada, the world’s sixth-largest natural gas producer, with no LNG facilities on the Europe-facing east coast and just one under construction on its west coast.

Let’s face it: It’s time for Trudeau and his government to stop posturing on the world stage and make this happen. 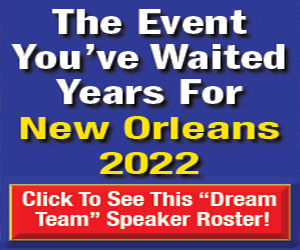