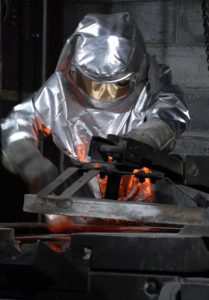 Centerra Gold Inc. [CG-TSX] on Wednesday June 20 released another update on a strategic agreement with the government of the Kyrgyz Republic that aims to end a lengthy environmental dispute over its Kumtor gold mine.

The agreement, reached in September 2017, is designed to end mutual lawsuits, drop all environmental claims, halt court proceedings and allow Centerra to transfer funds from the country that had been frozen by the Kyrgyz Republic.

In an earlier update, Centerra said it and the Kyrgyz government have agreed to extend the deadline for all conditions to be met under the strategic agreement until June 22, 2018. However, on Wednesday the company said the deadline has been extended yet again until July 23, 2018.

In recent investment report, Scotiabank noted that most of the final conditions have already been satisfied. For example, the government has issued all permits and terminated all environmental claims against Centerra.

As a result, the extension is viewed as a response to the recent dismissal of the previous government following a vote of no confidence.

On June 12, published reports said the Kyrgyz Republic’s new Prime Minister was reviewing the agreement. It has been reported that the new administration will submit to parliament its own proposals regarding the proposed agreement. It isn’t clear yet how radical those proposals might be.

In any case, Centerra will not make its final $53 million lump sum payment until all of the conditions of the strategic agreement are met.

Centerra operates two flagship assets. They are the Kumtor Mine in the Kyrgyz Republic and the Mount Milligan Mine in British Columbia.

Centerra is the largest Western-based gold producer in central Asia.

In a press release on Wednesday, Centerra said it continues to work with the Government of the Kyrgyz Republic to ensure the satisfaction of the remaining conditions precedent to completion of the strategic agreement, including the termination of certain legal proceedings and receipt of finalized land use certificates.

“The inability to successfully resolve all such matters, whether through the strategic agreement or otherwise could have a material adverse impact on the company’s future cash flows, earnings, results of operations and financial conditions,” Centerra said.

Kumtor lies near the Chinese border at an altitude of 4,000 metres and has produced roughly 11 million ounces of gold so far.

In 2017, the mine exceeded its revised production guidance by producing 562,749 ounces of gold at an all-in sustaining cost of US$698/oz.

Centerra recently restarted its second ball mill circuit at its Mount Milligan Mine.

As announced on February 5, 2018, milling operations were restarted (albeit at a reduced capacity) following a shutdown in December, 2017, due to a lack of sufficient water resources.

The company was able to resume mill operations by using one of its two ball mills to minimize water requirements.