In a report by Krishan Gopaul, Market Intelligence Group, World Gold Council, he noted that in April, central banks bought another 31.6 tonnes based on IMF data. While the monthly increase is not far off the six-month average (34.7 tonnes), it is 24% lower than March and 35% lower than April 2019.

He stated that this lower rate of purchases was entirely expected given the strength of central bank buying both in 2018 and 2019. The year-on-year decline was amplified in April as it was the first month since Russia – a prominent purchaser for over 14 years – announced it was suspending its buying program. Its gold reserves saw a fractional decline of 0.4 tonnes during the month.

“In contrast with the broad buying we have seen in recent years, only Turkey made a significant purchase of a tonne or more in April,” said Gopaul. “Its gold reserves grew by 38.8 tonnes (excluding ROM holdings), taking their total gold reserves to 524 tonnes, 36% of total reserve assets. Meanwhile, some selling activity also continued as Kazakhstan reduced its gold reserves by 4.1 tonne, while Uzbekistan also saw gold reserves decline 2.2 tonnes.”

Gopaul asked the question: Does this foreshadow an absence of central bank demand going forward? “We do not believe so. As we noted in our Q1 2020 Gold Demand Trends report, the case for central banks holding gold remains strong. Especially considering the economic uncertainty caused by the COVID-19 pandemic.”

He commented that this was supported by the findings in the World Gold Council’s recently published 2020 Central Bank Survey. Not only did 20% of respondents say they intend to buy gold in the next 12 months (up from just 8% in 2019), but factors related to the economic environment – such as negative interest rates – were overwhelming drivers of these planned purchases. This was supported by gold’s role as a safe haven in times of crisis, as well as its lack of default risk.

The view of the World Gold Council remains that central banks will remain net purchasers in 2020, although at a lower rate than the last two years. 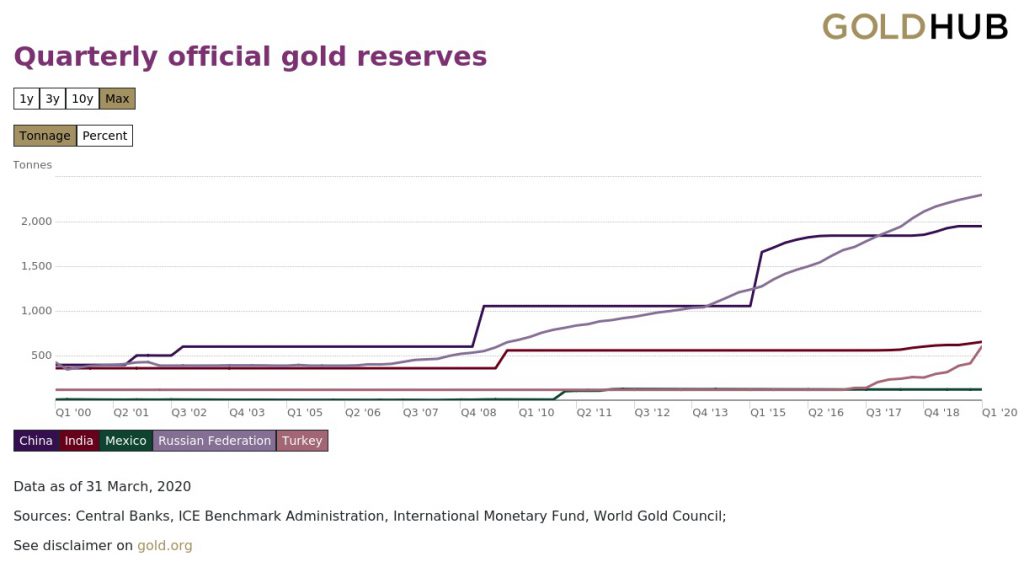