Century Global Commodities Corporation (â€œCenturyâ€ or the â€œCompanyâ€) (TSX: CNT) is pleased to announce that Mr. Dwight Ball has been appointed as Director of the Company and will assume the role of Vice-Chair of the Board. 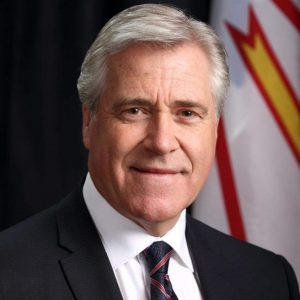 Mr. Ball is a Canadian politician who was the 13th Premier of Newfoundland and Labrador from December 14, 2015, to August 19, 2020, and a Member of the House of Assembly. He represented the electoral District of Humber-Gros Morne in the Newfoundland and Labrador House of Assembly and was the leader of the Liberal Party from November 17, 2013 to August 3, 2020.

â€œI am excited to have Mr. Ball joining us as the Vice-Chair and Director of the Company to help oversee the Company through a significant stage of development of Joyce Lake and other iron ore assets in the Labrador Trough in the provinces of Newfoundland and Labrador and Quebec.

With the stature of Mr. Ball as former Premier of Newfoundland and Labrador, he brings to the Board and Company an important quality in enabling us to develop our projects with the highest standard of environmental, social and governance.Â  His experience and leadership in business also enhances the strength and reputation of the Company in the mining industry.Â

His joining the Board of the Company is a great encouragement to us and means a lot to us in recognizing us as a serious developer in the Canadian iron ore space having been in the sector and region in Canada spending over $100 million for close to 15 years.

I look forward to working with Mr. Ball closely to bring great value to our stakeholders and market in the current cycle of global seaborne iron ore.â€

Century Global Commodities Corporation (TSX:CNT) is primarily a resource exploration and development company with a large portfolio of multi-billion tonne iron ore projects in Canada, mostly discovered by its own exploration team. It has other non-ferrous metals properties under exploration as well as a well-established food distribution business (Century Food) in Hong Kong.

Joyce Lake, our most advanced project, is a DSO (direct shipping ore) project in Newfoundland and Labrador, close to the town of Schefferville, Quebec which is serviced by a rail link directly to ocean shipping iron ore ports at Sept-ÃŽles. The Project completed a feasibility study in 2015 which is being updated and is undergoing environmental assessment. Â Joyce Lake is held in a special purpose vehicle, Joyce Direct Iron Inc., to be spun out to be a separate listed company.

Century Food is a subsidiary operation of the Company which started a few years ago and is a value-adding marketing and distribution business of quality food products sourced from such regions as Europe and Australia and sold in the Hong Kong and Macau markets.