GlobalData reported that production from the world’s top 10 copper mining companies decreased in 2020, albeit by a marginal 0.2% to 11.76 million tonnes (Mt). The initial impact of the COVID-19 pandemic on mining operations was immense, however, six of the ten largest producers succeeded in increasing output in the year. In 2021, copper production from the top ten copper companies is expected to bounce back, rising by up to 3.8%, to reach 12.2Mt, according to GlobalData, a leading data and analytics company.

The highest increase in copper production was by Canada’s First Quantum, which, despite all the challenges, reported 10.4% growth in 2020. The company’s Sentinel mine in Zambia and Cobre Panama were key contributors to this growth. While the latter remained under care and maintenance between April and August 2020, it delivered record production levels during the subsequent months.

Vinneth Bajaj, Associate Project Manager at GlobalData, said, “Despite Codelco reporting over 3,400 active cases during July 2020, the company achieved 1.2% growth in its production in 2020. The company implemented a four-phase plan, as part of the COVID-19 measures, to ensure the health and safety of its employees, while also avoiding any significant impact to its copper output.”

Although the overall impact was minimal, declines in production were observed from Glencore (8.2%), Antofagasta (4.7%), BHP (3.9%) and Freeport McMoRan (1.3%). Reduced operational workforces due to COVID-19 measures, lower ore grades and production halts due to maintenance were the key disruptors to output during 2020. 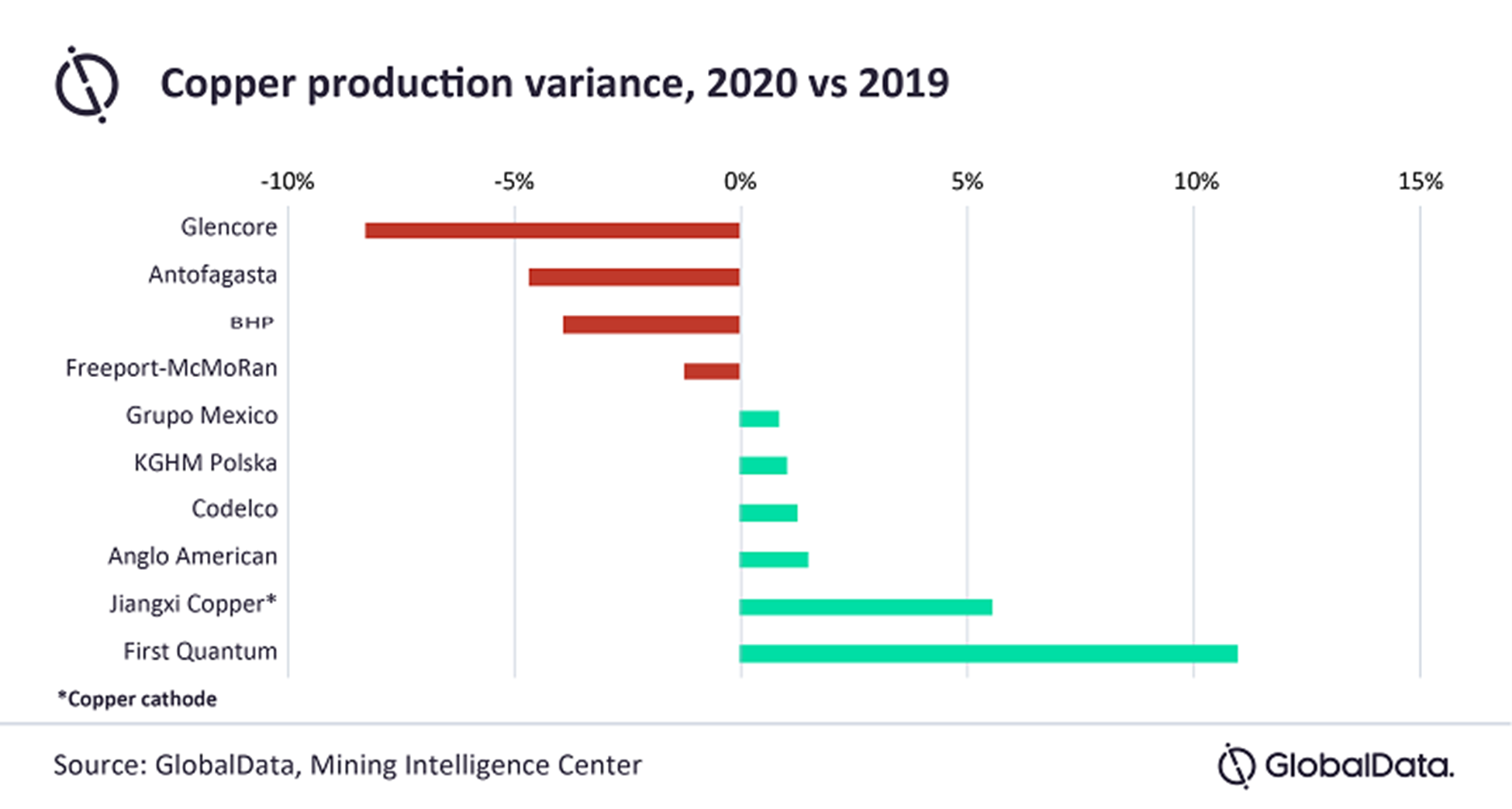 Vinneth added, “Robust growth is expected from Freeport McMoRan, which provided 1,723.6kt of copper guidance for 2021, 18.5% higher versus 2020 output, backed by the commencement of its recently expanded Grassberg mine in Indonesia. Additionally, around 9.1% growth is expected from First Quantum and 5.3% higher copper cathode output is expected from Jiangxi. The growth will also be supported by production from other operating mines such as Escondida, Collahuasi, El Teniente, Cerro Verde, Buenavista and Antamina.”