After reporting a series of promising infill drill results in Q4 for the Wicheeda rare earth metals project and advancing the metallurgical program with great results, investors have handsomely rewarded Defense Metals Corp’s (TSXV: DEFN; OTCOB: DFMTF) by oversubscribing to an end-of-year, non-brokered financing of $6.1 million. 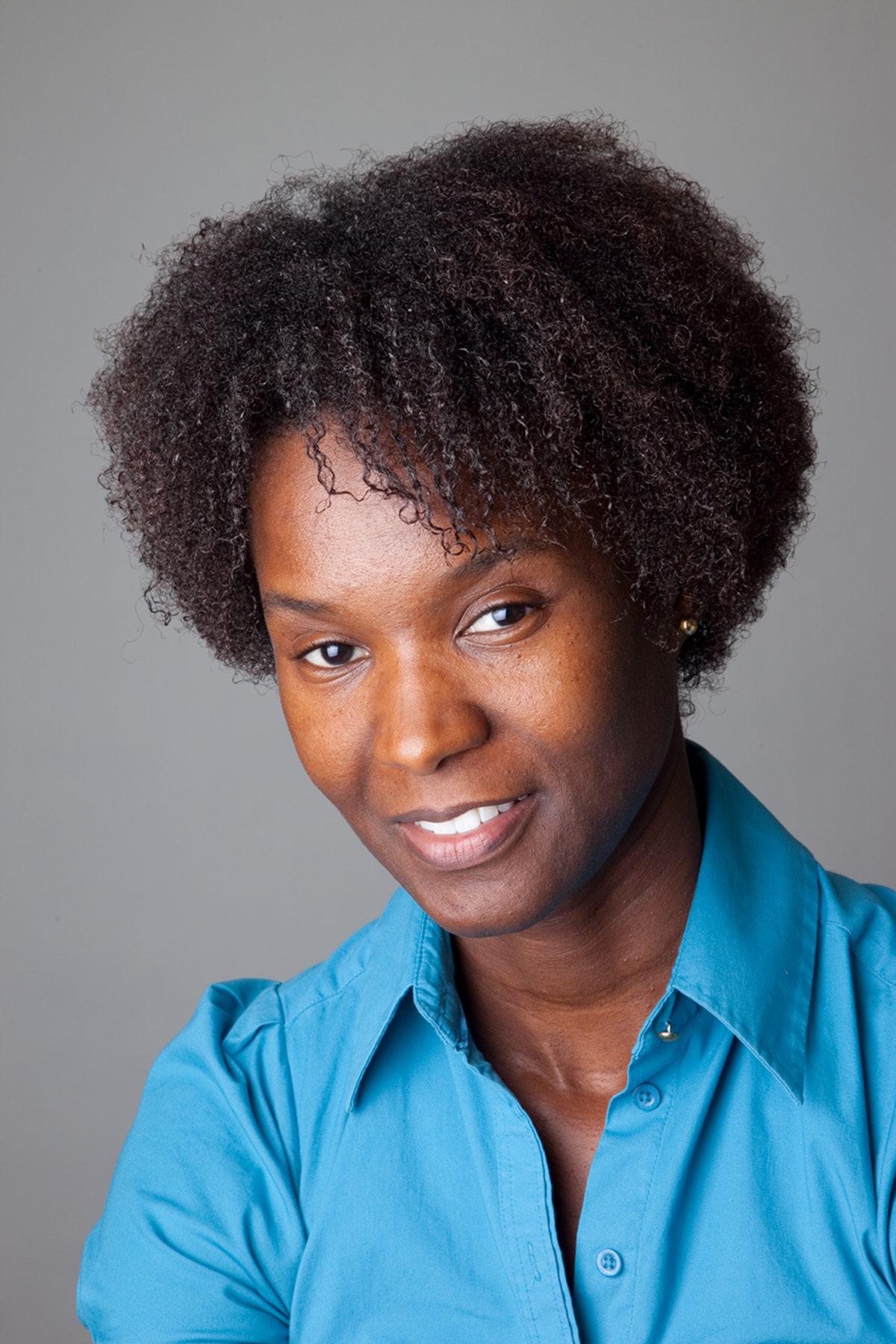 “We were pleased with the response to the financing, particularly when economic indicators suggest the Canadian economy is likely to slip into a recession in 2023. I think the oversubscribed financing is indicative of the market’s understanding of the demand for rare earths in the clean energy transition,” says Dr. Luisa Moreno, president of Defense Metals Corp.

Furthermore, the PEA demonstrated an after-tax net present value (NPV@8%) of $517 million and an 18% internal rate of return. The PEA contemplates a 1.8 million tonnes per year mill throughput open pit mining operation with a 1.75:1 (waste: mill feed) strip ratio over a 19-year mine life, producing an average of 25,423 tonnes of rare earths annually. A Phase one initial pit strip ratio of 0.63:1 (waste: mill feed) would yield rapid access to higher grade surface mineralization in year one and a five-year payback. Initial capital costs estimates amounted to $440 million initial capital including offsite infrastructure.

In 2022, an additional 5,500 metres of diamond drilling was completed in 18 holes, including five (5) pit slope geotechnical and hydrogeologic holes totalling 1,150 metres, designed in part to support a Preliminary Feasibility Study (PFS) expected to commence 1Q 2023. 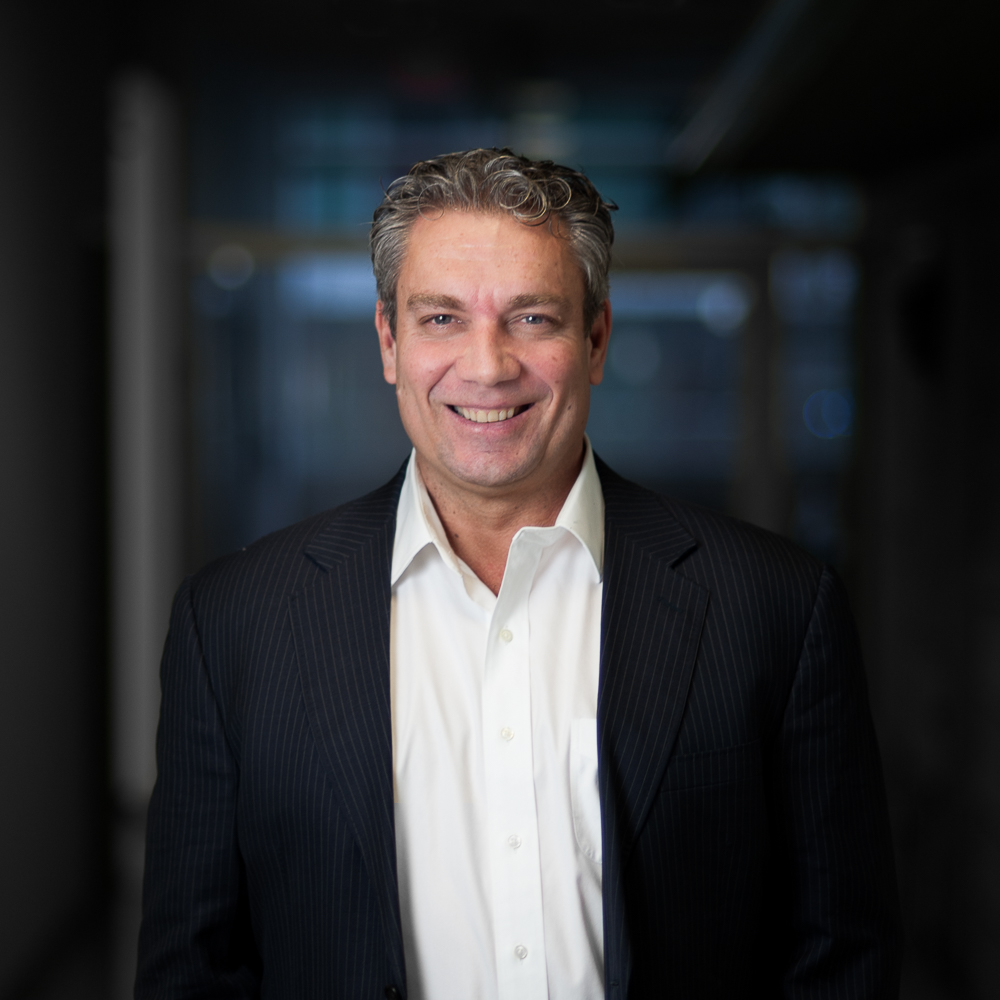 “Most of the 5,500 metres was infill drilling intending to move our resources from the inferred to measured categories, and so far, the results have exceeded our expectations. We continue to establish excellent continuity of mineralization in sectional infill drilling. As we advance the Wicheeda Project, we know these results will contribute significantly to our goal of upgraded resource categories necessary to support a future Preliminary Feasibility Study (PFS),” says Craig Taylor, CEO and Director of Defense Metals.

Last year, the company tested an acid bake extraction process for rare earth elements that is expected to decrease project complexity and potentially improve capital and operating costs. High-temperature concentrated sulfuric acid is used to convert rare earths to water-soluble sulfates, which can then dissolve during a water leach. A precipitation process is then used to recover the rare earths. The process is expected to allow more than 90% recovery rate for the rare earths, compared to 87% with the alternative caustic cracking process.

“Flotation results from the ongoing program of test work at SGS Lakefield confirm the basis of the Preliminary Economic Assessment (PEA) and show that the Wicheeda deposit can produce a high-grade rare earth mineral concentrate at high recovery rates with conventional flotation from a range of lithologies and grades. These are some of the best flotation results among rare earth development projects. We are encouraged with the exploration and metallurgy results to date, and confident the pre-feasibility study will show that Wicheeda is positioned to become one of the next rare earth producers in North America,” says Taylor. 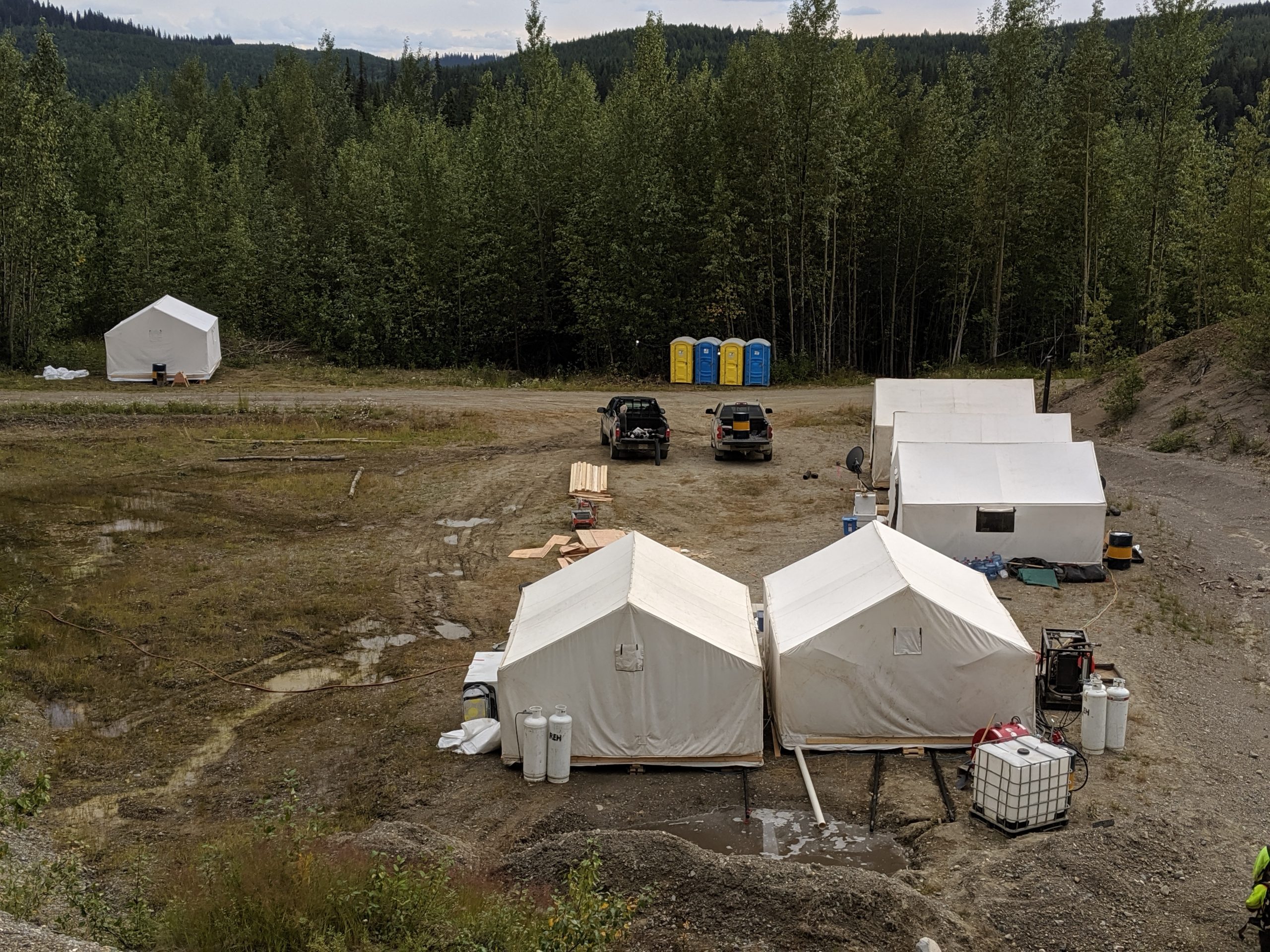 In the push to transition from fossil fuels to greener energy, a vital piece of the puzzle is accessing materials to help accelerate the technological shift — namely, rare earth elements.

Suppose Canada is going to meet its net-zero emission obligation by 2050. In that case, a reliable domestic supply of rare earth elements, crucial in climate solutions such wind energy and electric vehicles, is essential. Defense Metals Corp (TSXV: DEFN; OTCOB: DFMTF), which hopes to produce as much as 10 percent of the current world’s light rare earths (produced in 2022) from its Wicheeda deposit in British Columbia, could be an essential contributor to achieve these targets.

“Many rare earth mineral projects in Canada are in isolated areas without infrastructure, whereas we are 80km from Prince George, British Columbia, and the project is accessible by road. We have the potential to be in production in a short time,” says Dr. Luisa Moreno, President of Defense Metals Corp. 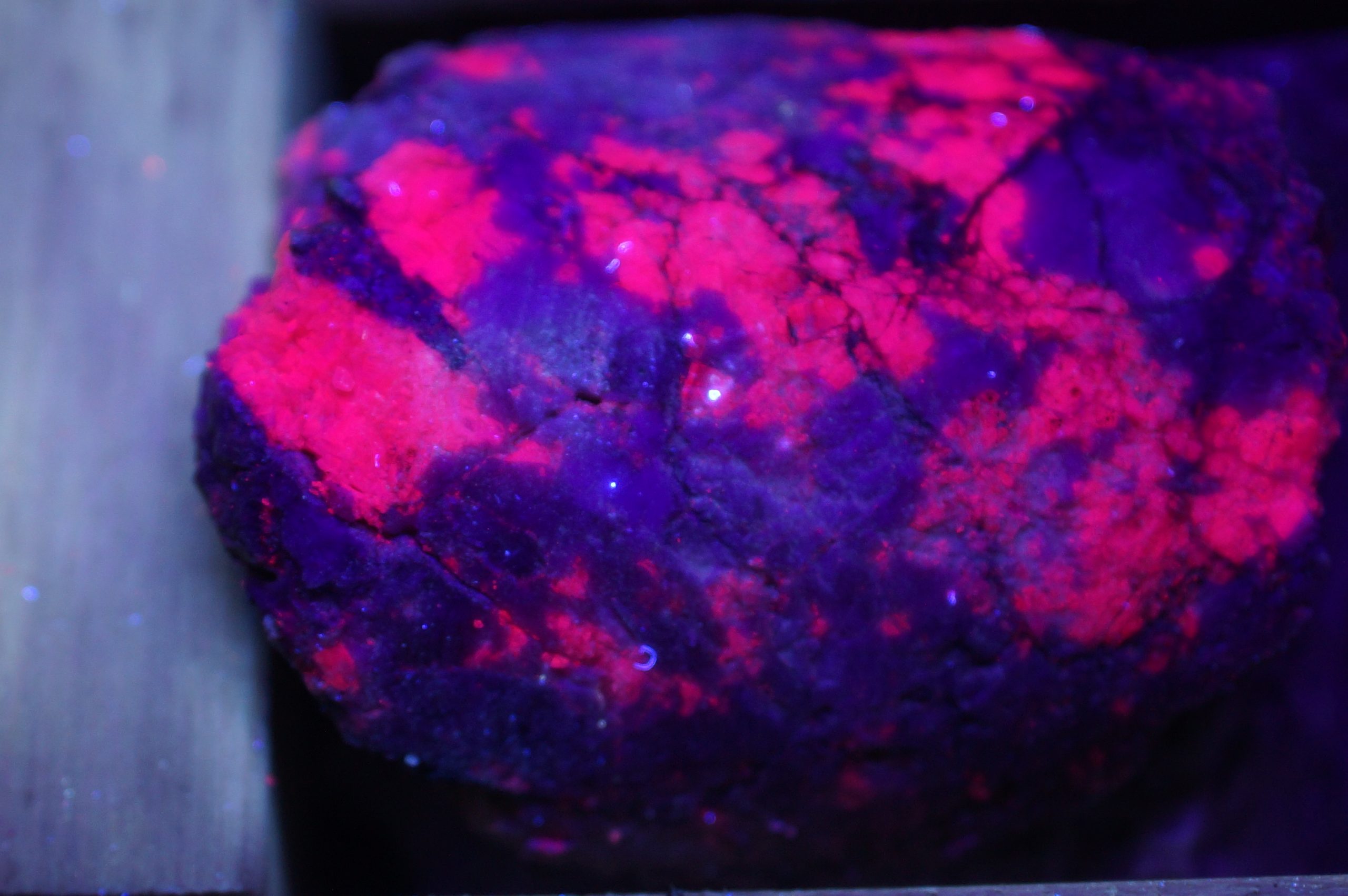 In a recent Streetwise Research Report, analyst Michael Gray agrees. Gray, who, after visiting the Wicheeda site, described the property as “a logistical dream,” boasting a “favourable site layout for mine design.” Located in McLeod Lake First Nations territory in British Columbia, the project is road accessible and close to critical infrastructure, including rail and power. Further, Defense Metals and the McLeod Lake Indian Band have both signed a memo of understanding regarding Wicheeda.

Another critical point, Gray wrote, is Defense Metals has a solid management team featuring a collectively diverse REE technical and industry skill set, which can make the company successful. They include CEO Craig Taylor, who, before heading Defense Metals, was a director of Advantage Lithium Corp. and, previously, a director for Patriot One Technologies. Dr. Luisa Morena, the President and Director, is a former REE analyst. John Goode, the head of metallurgy, is a global REE metallurgical engineering expert.

Defense Metals’ executive team and directors own about 5% of the company. 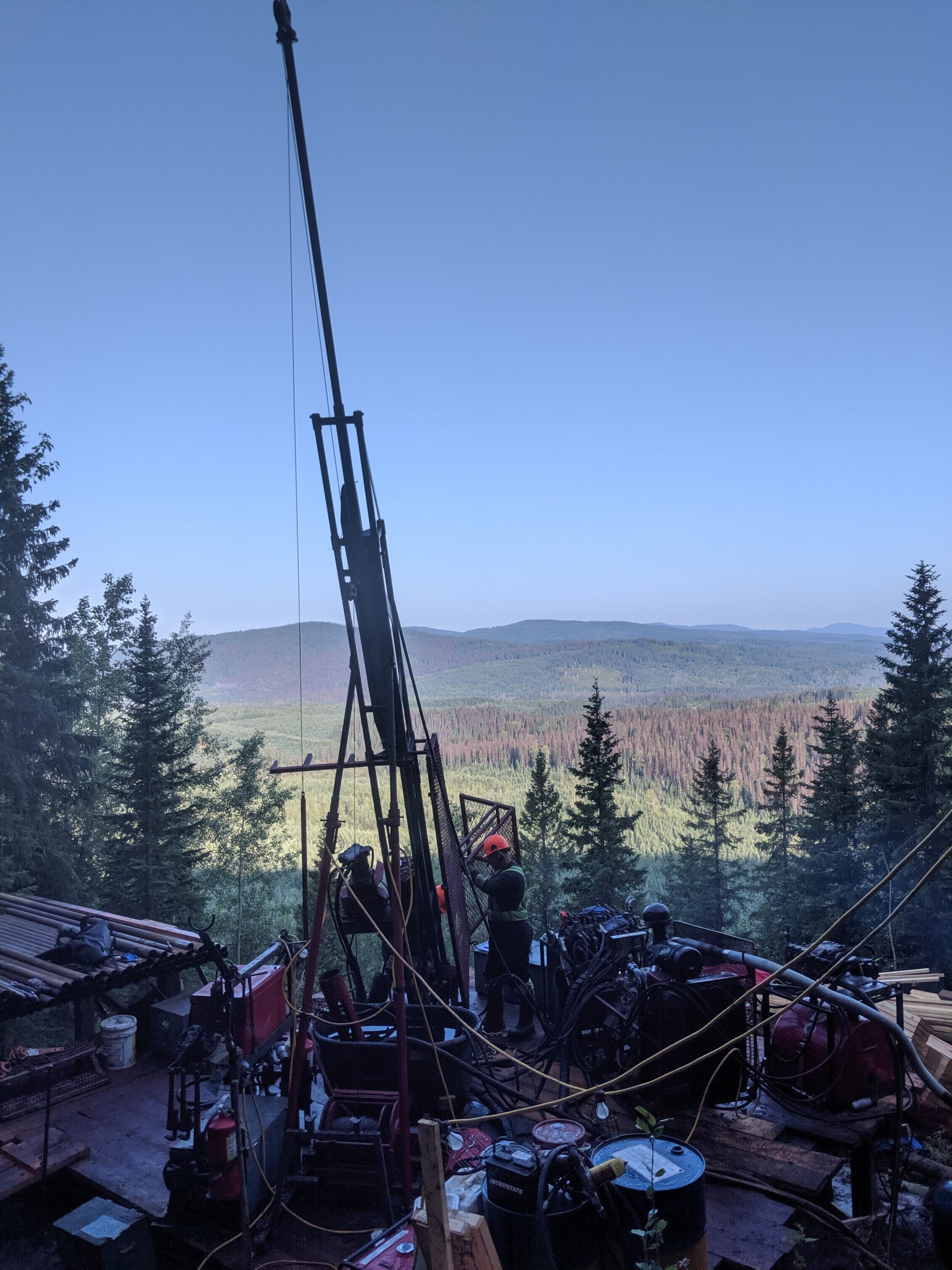 According to the International Energy Agency’s special report on The Role of Critical Minerals in Clean Energy Transitions, today’s supply and investment for rare earths fall well short of what is needed to support the accelerated deployment of technologies necessary to make global progress toward a clean energy future and therefore could hamper international efforts to tackle climate change.

Adamas Intelligence forecasts that the value of global magnet rare earth consumption will triple from US$15.1 billion in 2022 to US$46.2 billion by 2035. Rare earths are essential to many industries worth trillions of dollars.

Following a Covid-19-related lull in 2020, the global consumption of neodymium magnets leapt by 18.1% in 2021, mainly due to a surge in electric vehicle sales. Adamas Intelligence forecasts that global shortages of alloys and powders will amount to 66,000 tonnes a year by 2030 and 206,000 tonnes annually by 2035, almost one-third of the total market. From 2022 through 2035, it forecasts that global demand for magnets will jump at a compound annual growth rate (CAGR) of 8.6%, underpinned by double-digit growth from the electric vehicle and wind power sectors. However, over the same period, it forecasts that global production of rare earth elements will collectively increase at only 5.4%.

According to recent Adamas Intelligence findings, the lack of new primary and secondary supply sources coming to market from 2022 onward, coupled with the inability of existing producers to increase output steadily at the rate of demand growth, global shortages of neodymium, praseodymium and didymium oxide will collectively rise to 21,000 tonnes annually by 2030 and 68,000 tonnes by 2035—an amount roughly equal to China’s total production last year.

China dominates the rare earths supply chain. In 2021, China made up 54% of the global rare earths mine supply, followed by United States at 18%, the rest of Asia at 14%, Australia at 12% and Europe at 2%. However, its dominance of neodymium’s global mine supply is higher, at 62%. In 2021, China accounted for 85% of the worldwide supply of refined rare earths, followed by the rest of Asia at 13% and Europe at 2%. In the case of neodymium, it made up 84% of its refined supply.

Furthermore, China has a more than 90% share of the global production of downstream rare earth products and technologies, including magnets.

“I was hoping the government would make available funds to directly support the metallurgical test work that junior mining companies are engaged in from a very early stage, like bench-scale tests at the preliminary economic assessment (PEA) level and pilot plants at pre-feasibility stage. So far, we have not had any clear indications from either the provincial or federal governments if money will flow to junior miners for that purpose” says Moreno.

Today only 11 significant mines and seven major processing plants are found worldwide; six of the latter are in China, one in Malaysia, and a smaller plant in Estonia. (The first rare earth metal ingots were produced in Canada during a test run at Saskatchewan Research Council’s rare earth processing in Saskatoon, Saskatchewan, in August 2022.)

New mines and processing facilities are under development in Australia, Canada, Norway, South Africa, the United States and several African countries. But often, these projects have long-time frames for their development and struggle with financing or gaining their social licensee to operate, making companies with advanced rare earths projects like Defense Metal Corps’ Wicheeda property even more critical.

Catalysts on the Horizon for Defense Metals

Numerous significant milestones are expected to occur in the near term, which will be important in driving Defense Metals’ valuation over the next 12–18 months and beyond.”

Coming up Q1/23 are additional results from 2022 drilling.

Construction of the pilot plant and the start of operations should be completed sometime in H1/23, as should the completion of an updated resource estimate.

A pre-feasibility study is expected to be done following that and released sometime between H2/23 and H1/24.

Another possible catalyst is the transaction of an early offtake or development agreement with a strategic partner.