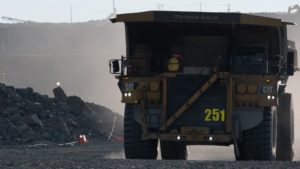 However, in a press release, the company provided no specific time line for the changes, saying only that two existing board members will be replaced in the near term.

Detour Gold is an intermediate gold producer in Canada. It operates the large-scale Detour Lake Mine in northern Ontario about 300 km northeast of Timmins.

The company has been under pressure to make board changes following the recent resignation of former Detour CEO Paul Martin, and increased calls by some investors for a strategic review. That includes Paulson & Co, with a reported 5% stake, which said this week it would urge Detour Gold to call a special shareholder meeting to replace a majority of Detour’s board with independent members committed to exploring a potential sale of the company.

Paulson said it would request that the shareholder meeting be held no later than September 28, 2018.

The move comes after both parties were locked in a heated public exchange over Detour’s failure in publicly disclosing a buyout offer.

Detour did not disclose the buyout offer to Paulson because the company was aware that a third party had already informed Paulson about the offer, Detour said in a statement.

In an investment report, Scotiabank said the board changes are overdue. “The board today consists of three accountants, two lawyers, an HR professional, one geologist (interim CEO Michael Kenyon) and a PhD mineral process engineer and former gold company CEO, Ed Dowling.

“This is a needed change and many investors complained about the lack of technical experience on the board, especially following the change in mine plan outlook in April that seemed to indicate the board was caught unawares by the escalating cost forecasts by the new COO,” Scotiabank wrote in a research report Friday.

This bank is referring to guidance revisions announced in the company’s 2018 first quarter results.

Commenting on the planned board changes, Scotiabank said, “This news is positive on the face, but too little too late in our opinion to stem the call for the company to investigate strategic alternatives.”

On July 18, 2018, letters filed on SEDAR confirmed a mining company had renewed its interest in making a potential offer for Detour, a move that has coincided with a sharp increase in the company’s stock price to $13.80 on July 18, 2017, from $12.20 a day earlier.