Study highlights include (all figures are in USD unless otherwise noted):

Taj Singh, President and CEO, states: â€œWith annual AgEq production averaging more than 26 Moz over a +15-year mine life we believe this PEA clearly positions Cordero as a Tier 1 silver asset. This impressive scale of production is achieved through modest development capex of $368 M and returns excellent margins with AISC averaging less than $12.50/AgEq oz over the life of the mine. These costs highlight the benefits of existing local infrastructure, excellent metallurgy, and a straight-forward open pit mine with excellent grades and a low strip ratio.

â€œImportantly, the outstanding metrics demonstrated in the PEA are supported by a mine plan with more than 99% of tonnes in the Measured and Indicated category, and a simple and conventional process design based on our detailed metallurgical testwork program completed earlier this year. This provides us with a huge head start as we look ahead to the delivery of a Prefeasibility Study on Cordero in 2022.â€

Sensitivity of the Projectâ€™s expected after-tax NPV, IRR and payback at different commodity price assumptions is outlined in the table below:

Annual production over the LOM is expected to average 26 Moz AgEq with production averaging over 33 Moz AgEq when fully ramped up (Years 5 â€“ 12); this positions Cordero as one of the largest silver mines globally.

The mine plan incorporates accelerated stripping as well as stockpiling of low-grade material in order to optimize the grade profile over the LOM.

Processing was broken into two phases to optimize the capital efficiency of the project.

The mine plan focuses on feeding higher grades to the mill earlier in the mine life:

Initial Capital (for parallel processing of crushed oxides and sulphides)

Expansion Capital (to expand plant to 14.4 Mtpa sulphides only) 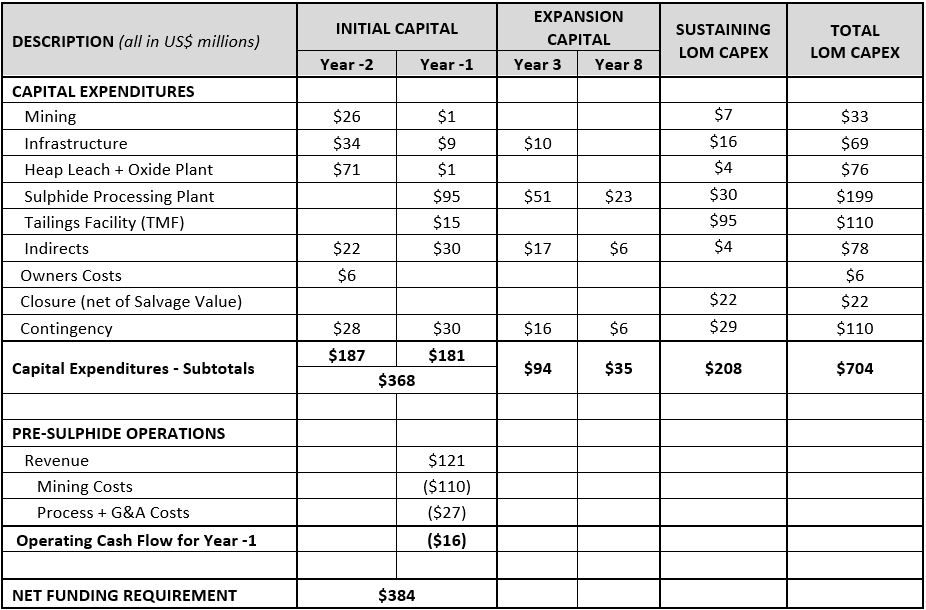 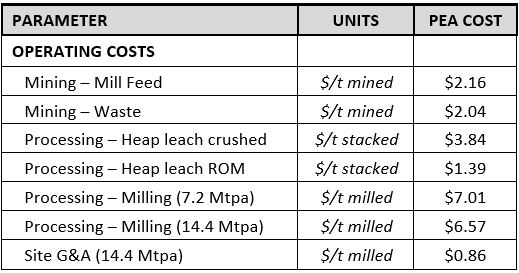 Work completed during the preparation of the PEA outlined a number of opportunities that have the potential to improve the economic and ESG performance of the project:

The full release and accompanying appendix with the following supporting information can be found on the Companyâ€™s website at https://discoverysilver.com/news/2021/.

Discoveryâ€™s flagship project is its 100%-owned Cordero project, one of the worldâ€™s largest silver deposits. The PEA completed in November 2021 demonstrates that Cordero has the potential to be developed into a highly capital efficient mine that offers the combination of margin, size and scaleability. Â Cordero is located close to infrastructure in a prolific mining belt in Chihuahua State, Mexico. Continued exploration and project development at Cordero is supported by an industry leading balance sheet with cash of over C$75 million. Discovery was a recipient of the 2020 TSX Venture 50 award and the 2021 OTCQX Best 50 award.

On Behalf of the Board of Directors,

The PEA for the Companyâ€™s Cordero project as summarized in this release was completed by Ausenco with support from by AGP and Knight PiÃ©sold. A full technical report supporting the PEA will be prepared in accordance with NI 43-101 and will be filed on SEDAR within 45 days of this press release. The scientific and technical content of this press release was reviewed and approved by Taj Singh, P Eng., President & CEO, who is a “Qualified Person” as defined by National Instrument 43-101 – Standards of Disclosure for Mineral Projects (“NI 43-101”).

This news release is not for distribution to United States newswire services or for dissemination in the United States.