There has to be many potential new car buyers out there agonizing over buying an electric vehicle vs a gasoline vehicle. Governments are mandating the eventual halting of internal combustion-powered vehicles in an effort to electrify the world’s vehicle fleet.

So what are potential EV buyers thinking? Motor Trend magazine commissioned a study covering this topic and discovered that 58% of recent EV buyers cite environmental reasons for buying an EV. Interestingly, it was people over 55 or older who were skeptical regarding the future of EVs while 85% of 18 to 34-year-olds and 82% of 35 to 54-year olds said they would consider buying an EV. 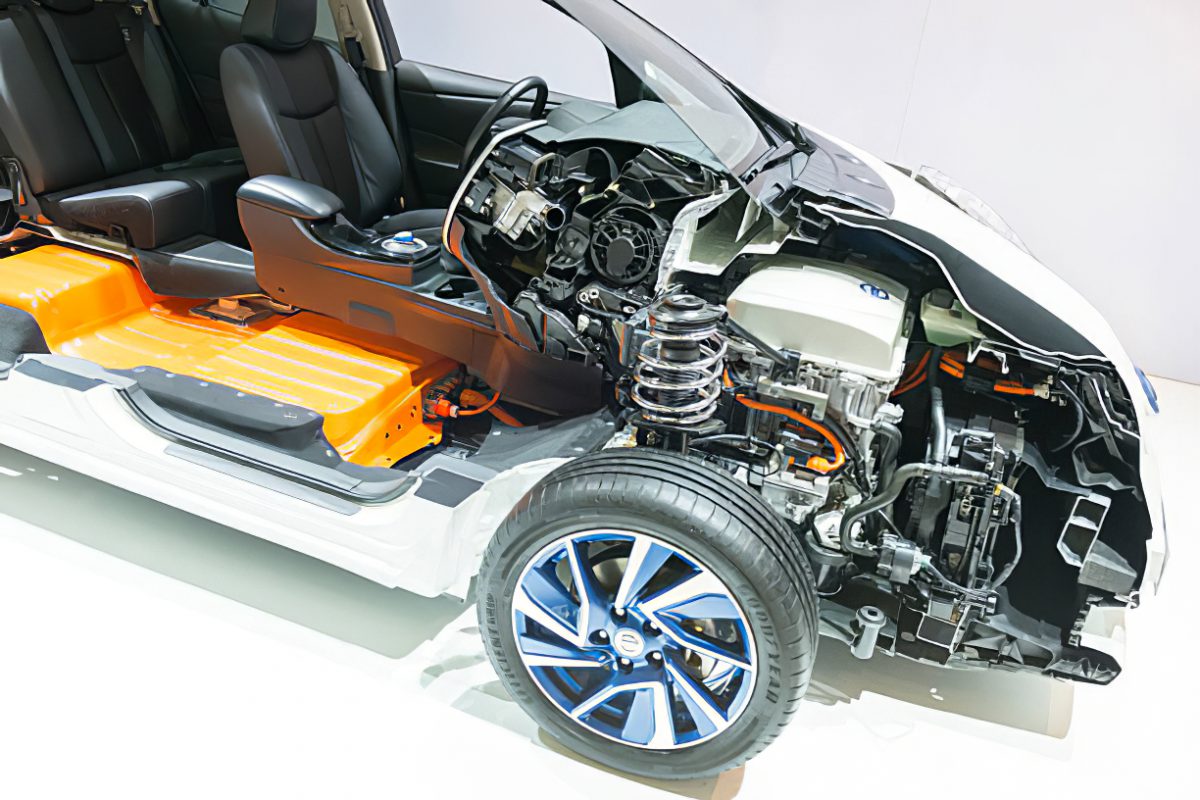 In Los Angeles, Xos [XOS-Nasdaq] is building both delivery and semi-tractor trailer EVs.

The list of EV newcomers and gasoline converts goes on, but you get the idea.

Depending on where you live, potential EV buyers may be concerned about range and charging station availability. Another concern is climate. Those living in hot climates will want power-sucking air conditioning and those in cold climates need defrosting and cabin heat – both reduce range.

Globally in 2020, there were over 10 million EVs on the road. A study by the International Energy Agency stated that by 2030 there could be at least 145 million EVs out there and maybe up to 230 million. However, the weaning process takes time and there will still be increasing numbers of internal combustion engines. 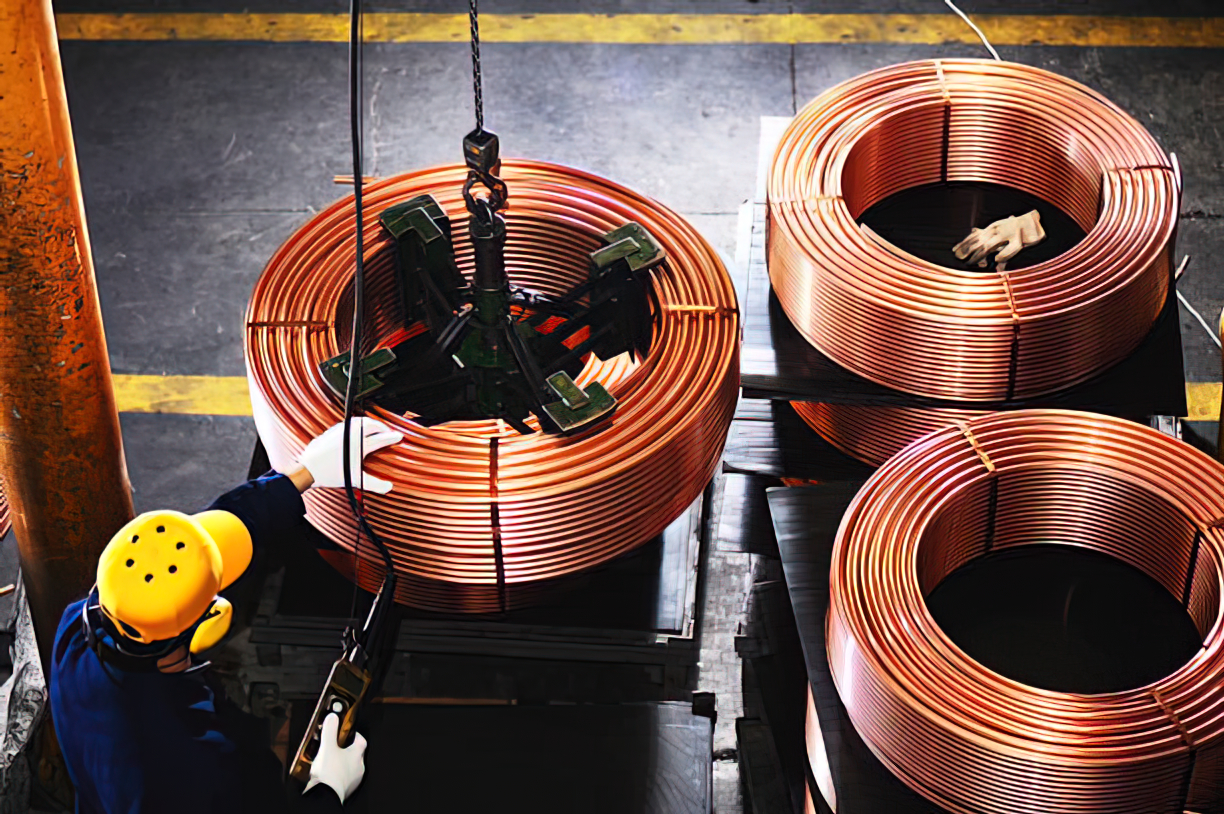 Compared to the internal combustion engine, battery-powered vehicles require approximately more than 130 lb of copper. All of those electric and hybrid vehicles add up to 600,000 tons of additional copper demand by 2027. By 2040, EVs will constitute 54% of global new car sales.

Ratings agency FitchÂ Solutions analysts predict that “global copper mine production to increase by an average annual rate of 3.1% over 2020-2029, with total output rising from 20.3 to 26.8 million tonnes over the same period.”

Clearly, these numbers demonstrate the tremendous need for copper in the near future. The estimated global market for copper in 2023 is about $172 billion, according to analysts at Matmatch, a materials database company in Germany.

Part of copper demand can be met with recycled copper. Every year, 8.5 million tons of copper are recycled.

To date, roughly 700 million metric tons of copper have been produced around the world. This would fit into a cube measuring about 430 meters on a side.

Of the identified copper that has yet to be taken out of the ground, about 65% is found in just five countries on Earth — Chile, Australia, Peru, Mexico, and the United States. 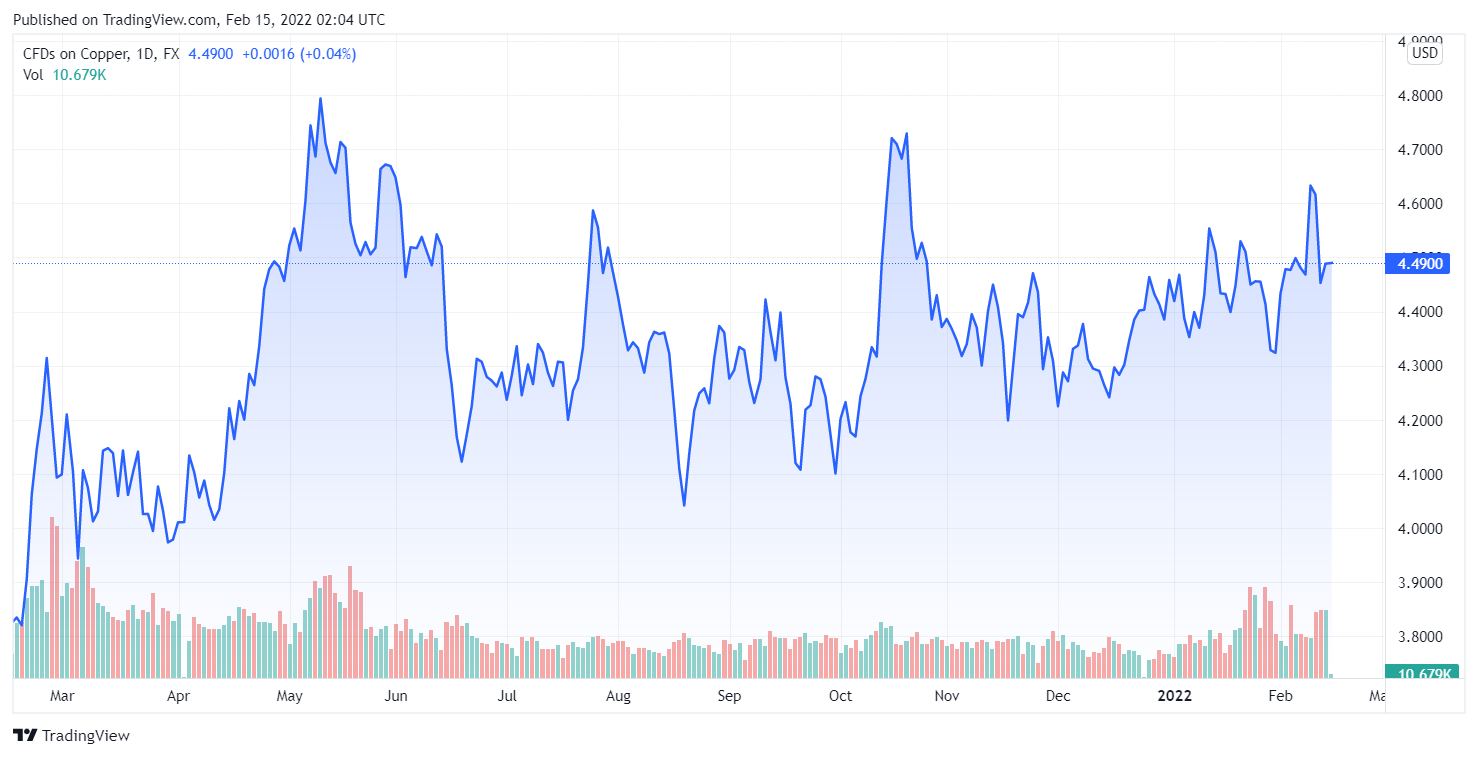 It’s a good thing that copper is not a rare metal and there are many copper exploration, development projects and mines around the world that will rise to the challenge of supplying automakers’ needs for the red metal for their increasing production of EVs. As of February 14, copper was trading at US$4.50/lb.

Pacific Ridge Exploration Ltd.Â [PEX-TSXV,Â PEXZF-OTCQB] is one of many copper exploration companies looking to take advantage of the increased demand for copper brought on EV production. The company aims to be a leading copper-gold exploration company in British Columbia and is expecting 2022 to be a very busy year.

Pacific Ridge is gearing up for an expanded drill program at its flagship Kliyul copper-gold project, which is located in a similar geological environment to other copper-gold porphyry deposits and mines in B.C., includingÂ Centerra Gold Inc.’sÂ [CG-TSX,Â CAGDF-OTC] Kemess project, 50km to the north of Kliyul, and Mount Milligan mine. 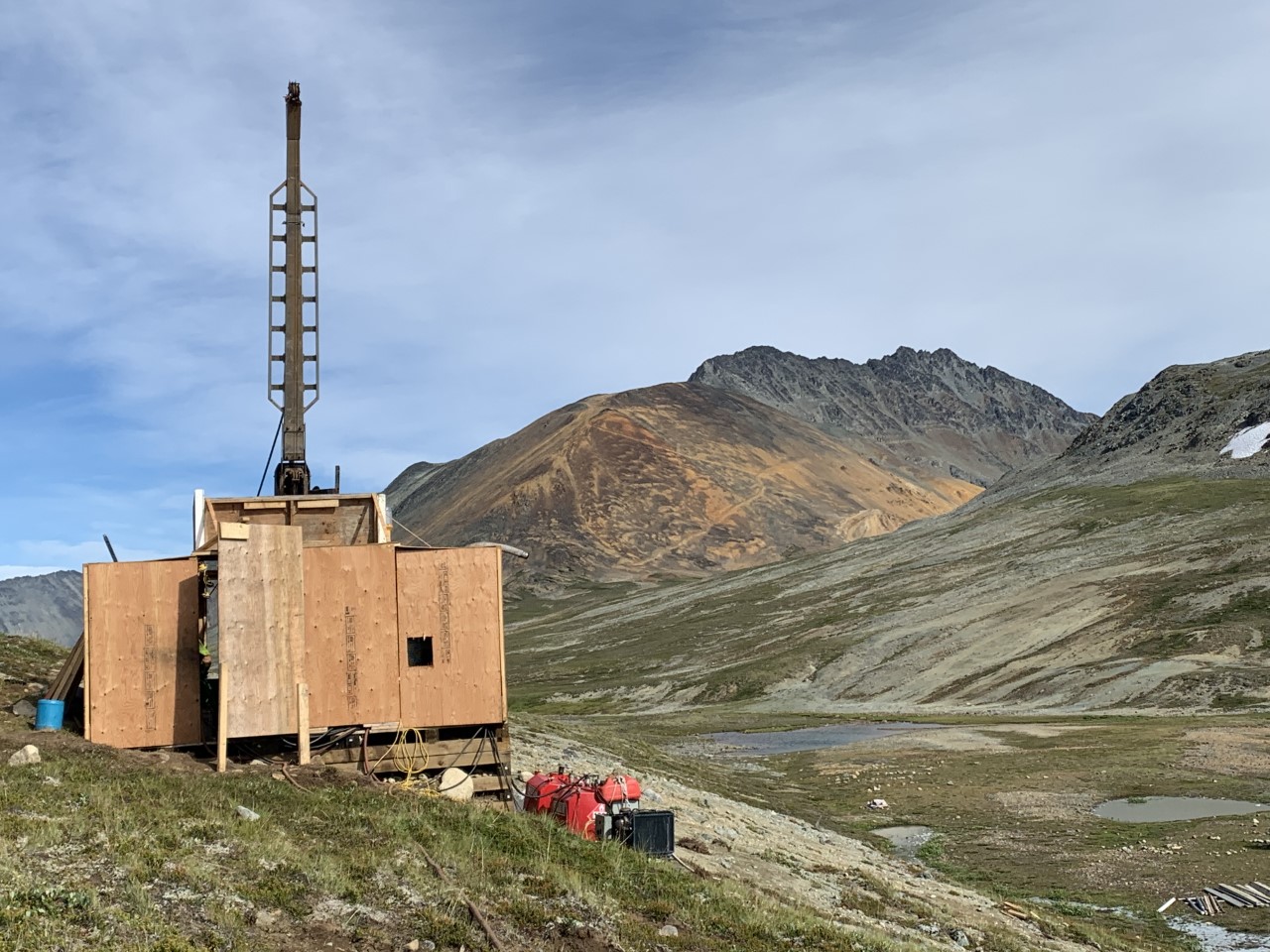 Spearheaded by a highly experienced management team, Pacific Ridge completed three holes in a maiden program last year in a bid to extend mineralization laterally and to depth at the Kliyul Main Zone, one of five potential porphyry centres that occur along a 4km long mineralized trend at Kliyul.

Results so far, including the longest and highest-grade interval ever returned from Kliyul, have been so encouraging that company is planning an expanded drilling program this year.

In addition to an expanded drill program at Kliyul, Pacific Ridge also anticipates that another one of its projects, the RDP copper-gold project will also see drilling this year. The company recently optioned RDP to a subsidiary of Antofagasta PLC [LSE-ANTO], a recognized global leader in porphyry exploration and development. Antofagasta has committed to spending a minimum of $1.0M on exploration at RDP this year, which will likely include drilling. Â Located 40km west of Kliyul, RDP covers 10,000 hectares and contains several recognized porphyry copper-gold targets that have been explored intermittently since the early 1970s. 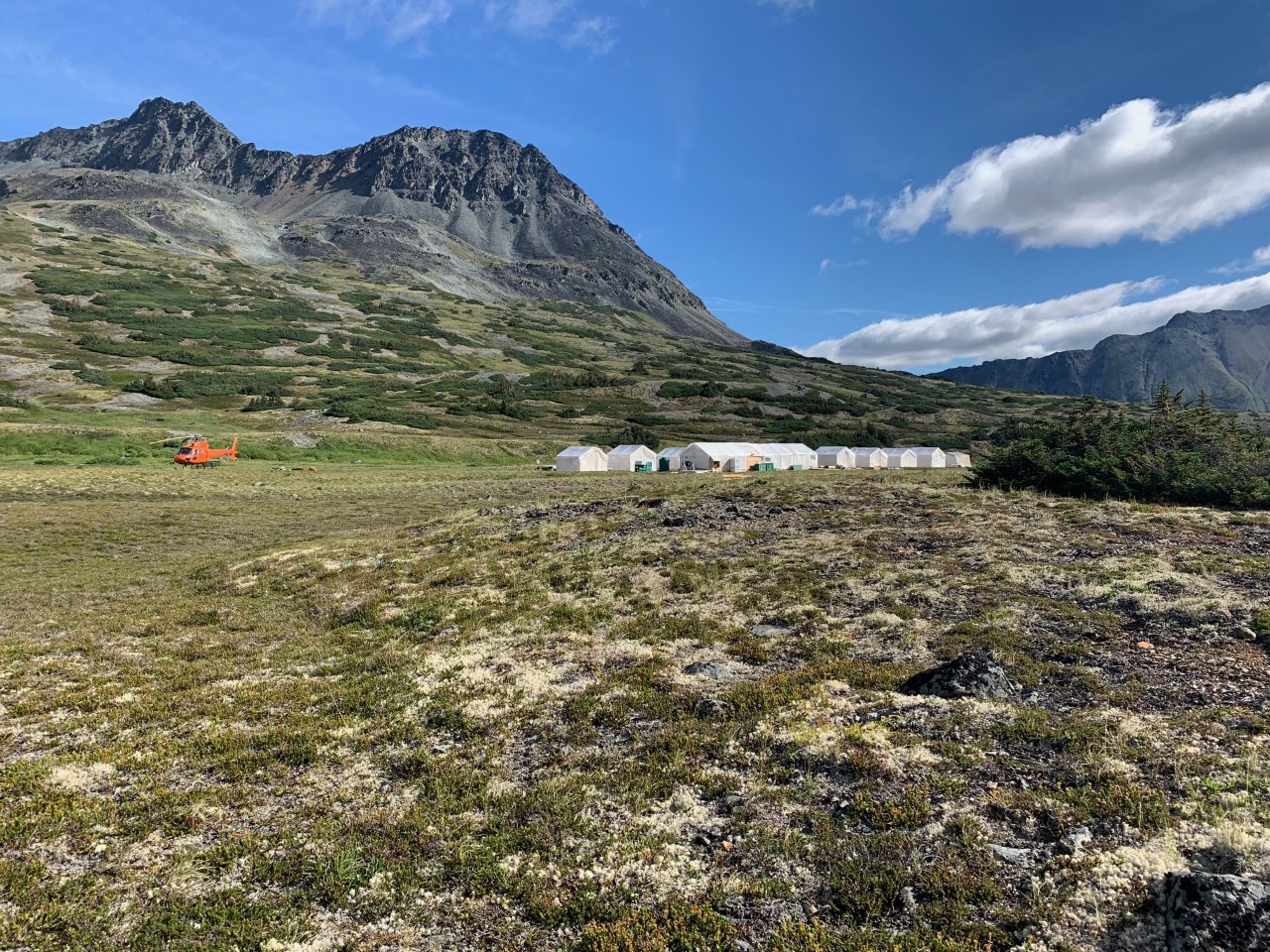 Antofagasta can earn a 75% interest in the project by spending $10 million over eight years and delivering a NI-43-101 compliant preliminary economic assessment.

On February 16, Pacific Ridge shares closed at 31 cents, leaving the company with a market cap of $17 million, based on 55.4 million shares outstanding.