Across Canada, misguided populism is creating bad public policy, preventing the spreading of economic benefits to all citizens 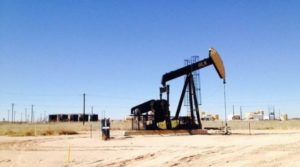 British Columbia is the latest victim of the frenzy against fracking, a technique used to extract oil and gas from rock formations that has been safely used in Western Canada for more than 60 years. The B.C. government recently announced that it will appoint an independent panel to ensure fracking meets the highest safety and environmental standards

All three provinces receive annual equalization payments from more prosperous provinces. But the profit from shale gas development could provide them with significant financial boosts.

Nova Scotia commissioned an independent review chaired by David Wheeler to examine unconventional oil and gas development. The report, delivered in 2014, found that such development could benefit the provincial economy to the tune of $1 billion a year and create 740 to 1,480 jobs during the development phase. The report said royalties to the province would peak at $200 million annually around 40 years after drilling starts and deliver about $6 billion over 60 years.

And those numbers were prepared before a recent discovery of billions of dollars worth of shale gas in the province.

Former New Brunswick premier Frank McKenna said the development of a shale gas industry in that province – which contains the thickest shale gas reservoir in North America – could result in $7 billion in royalties and tax revenues a year.

And a 2013 study by the Canadian Energy Research Institute said that Quebec was missing out on major economic opportunities and jobs by denying shale gas development. The study found that extracting shale gas in the St. Lawrence Valley could add about $112 billion to the Canadian economy, with about half that staying in Quebec.

Quebec Premier Philippe Couillard told the Montreal Gazette in 2016, “It is not the government, but citizens who will block shale gas projects in the St. Lawrence Valley.”

Across Canada, misguided populism is creating bad public policy, preventing the spreading of economic benefits to all citizens. These governments are responding only to certain vocal groups.

Fortunately, there are signs that the Quebec government is opening up to fracking, with great care.

Critics point out that the federal equalization formula may create perverse incentives in how natural resources are developed in have-not provinces. Under the formula, “fiscal capacity” excludes either all or 50 per cent of a province’s natural resource revenues.

Former Conservative finance minister Joe Oliver pondered in the Financial Post in 2016 whether this reality “brings us to the highly contentious issue of whether a province that could generate resource revenue, but decides not to, should see transfer [payments] reduced accordingly.”

Oliver also pointed out the temerity and hypocrisy of have-not provinces that “believe it is perfectly acceptable to receive transfers derived from resource development in other provinces and yet improper to develop their own resources.”

Perhaps a rejigged equalization policy could induce politicians in have-not provinces to ignore the misguided critics and develop their shale gas resources through fracking.

Regardless, politicians in these provinces need to rethink fracking bans if they want to provide economic opportunities for their citizens, not to mention substantial provincial government revenue.

The status quo only means continued dependency and poor economic performance as oil and gas development takes root in other provinces, generating jobs and industry.

Joseph Quesnel is a research fellow with the Frontier Centre for Public Policy.