“Hole 118 represents not only the best drill hole drilled by our team at Los Ricos, but it is also the best hole ever drilled by any member of our technical team on any of our previous projects,” said Brad Langille, President and CEO. “In mining, grade is king, and Los Ricos has demonstrated time and time again that it has very high grades, with hole 118 being an extraordinary example of that.”

The Eagle Deposit adjoins the Main Deposit and represents a northern extension of the previously defined Mineral Resource Estimate in the Los Ricos South PEA. The Eagle concession covers 1,107 hectares, including the area between the Main Deposit and the Company’s Jamaica concession located 3km to the northwest, where the Company holds the rights to additional concessions.  Drilling at the Eagle has returned the highest grade intercepts to date in the district.  These wide high grade intercepts are consistent with geophysical targets on the new concession.

The LRGG holes contained in the results above are part of a new drilling program at the Main Deposit.  The purpose of the program is to better define the very high grade portions of the current deposit that may be amenable to bulk underground mining.  The Company is carrying out a trade-off study to better define what portion of the deposit could be mined in a lower strip ratio pit and what portion would best be mined in more selective bulk underground mining. These holes are in addition to those drilled in 2019 and 2020 which formed part of the initial resource upon which the Los Ricos South Preliminary Economic Assessment (“PEA”) was based upon when it was released on January 20, 2021.

Following are maps including Figure 1 – a cross section of hole LRGAG-22-118 showing the high grade intercept.

A summary of Eagle zone drilling highlights is included as Table 2 below. 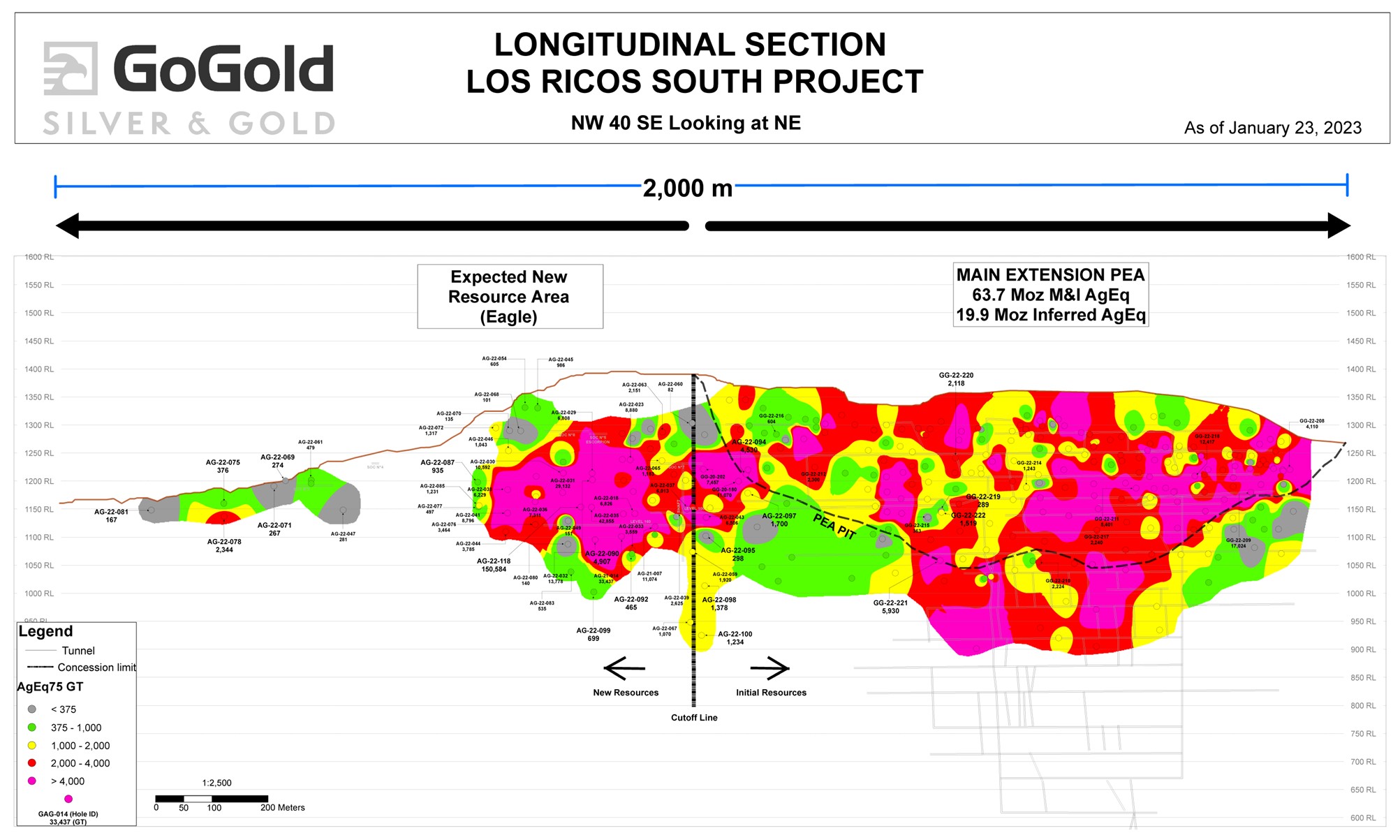 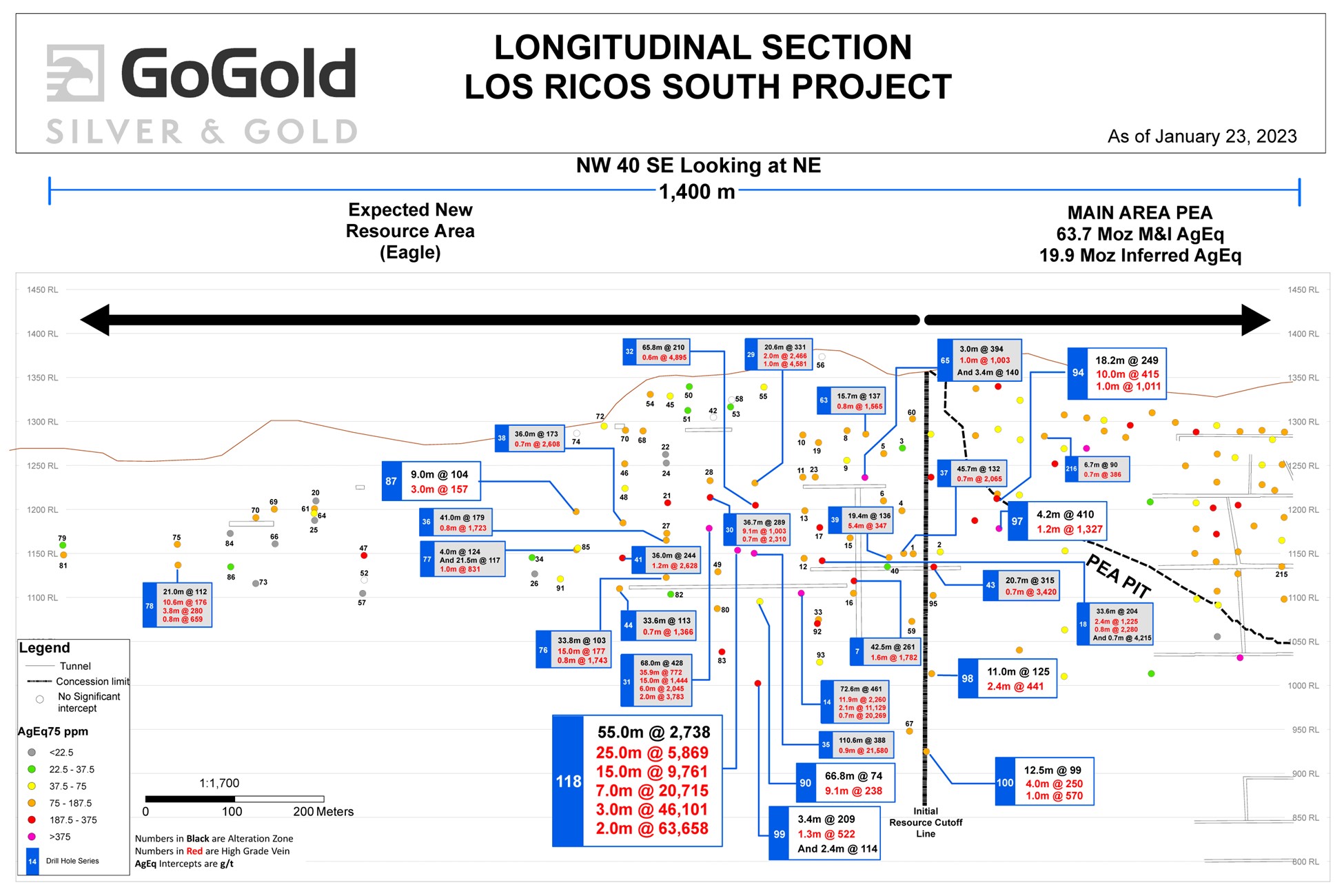 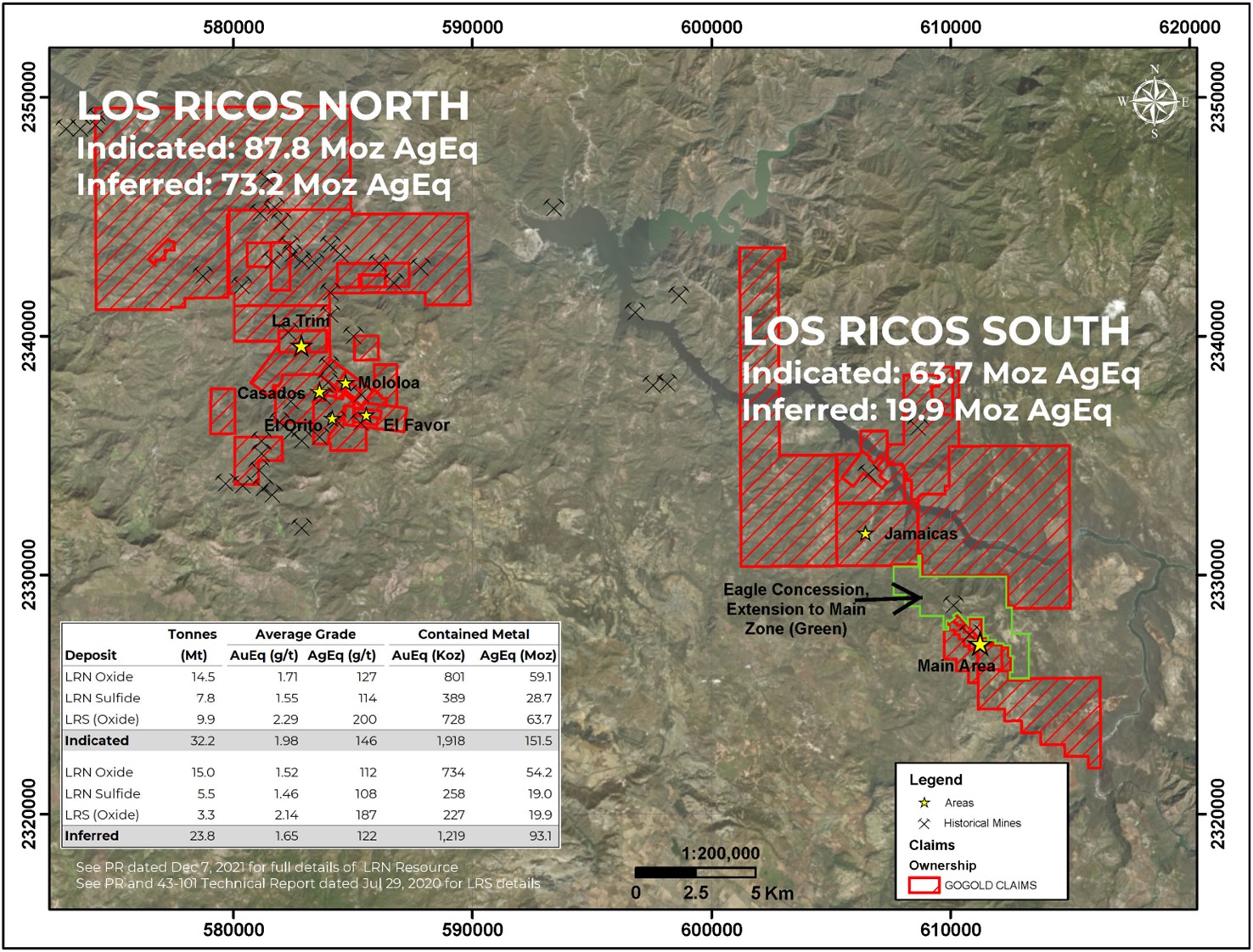 GoGold Resources (TSX: GGD) is a Canadian-based silver and gold producer focused on operating, developing, exploring and acquiring high quality projects in Mexico.  The Company operates the Parral Tailings mine in the state of Chihuahua and has the Los Ricos South and Los Ricos North exploration projects in the state of Jalisco. Headquartered in Halifax, NS, GoGold is building a portfolio of low cost, high margin projects. For more information visit gogoldresources.com.