It is essential to assess the role of various industries, sectors, and operations covering the economies of territories, states, and countries for a better understanding of their particular business climate.

Alaska became the 49th state of the United States of America in 1959 and became the country’s largest state in land coverage. The U.S. purchased the territory from the Russian empire in 1867 for US$7.2 million, or less than 2 cents an acre for nearly 600,000 square miles – clearly, the bargain of the century.

Russian engineers discovered gold near the Kuskokwim River in 1832. However, large-scale gold mining operations began only in the 1890s with a large number of miners arriving during the “gold rush” period.

Miners discovered a broad range of metals and minerals following the discovery of gold. Mining operations have undergone several periods of decline, starting with the crash of 1929. Gold mining also declined during WWI and WWII amid the fixed prices for metals and generally bullish market trends. The deregulations in the last decades of the 20th century prompted a moderate recovery of the mining operations in general and, specifically, gold mining in Alaska.

Mining has remained an essential component of Alaska’s economy in recent years. In particular, mining provided 9,600 indirect jobs, including 4,700 direct jobs in Alaska as of 2020. These positions translated into $890 million of total direct and indirect payroll respectively. The business operating in the mining industry paid $49 million in local government revenue, $117 million in state government revenue and $175 million in payments to Alaska Native corporations. The largest gold-producing mines in Alaska are Fort Knox, Pogo, Kensington and Greens Greek.

Alaska ranks ninth in terms of gold reserves on a global scale. When considering the main domestic uses of gold mined in Alaska, it is possible to list jewelry, electronics, coins, and dental applications accounting for 40%, 35%, 20%, and 5%, respectively.

Gold production has demonstrated a significant increase in volume since 2000. Such an increase was stemming from the launch of Pogo and Kensington in 2006 and 2010, respectively. The price tendencies demonstrate a weak correlation with the production volume in the short term because of the significant capital intensity necessary during the launch stages. At the same time, the relationship strengthens in the long term because of the strategic planning approaches of business entities.

Metal mining in general and gold mining in particular offer the highest levels of wages, which contributes to a sufficient level of the human resources supply in the industry. Thus, the employment in gold mining grew by 45% versus an increase in wages by 51% over the past decade. Some of Alaska’s highest paying jobs have an estimated average annual wage of $115,320, over twice the state average ($56,985) for all sectors of the economy.Â  Most are year-round jobs for residents of more than 90 communities throughout Alaska, half of which are found in rural Alaska where few other jobs are available. Therefore, it is possible to expect continued growth of the gold mining operations in Alaska amid the rising global demand for precious metals and sufficient reserves in the state. Considering its land coverage, Alaska will surely see more mineral discoveries.

With Alaska still under-explored and highly prospective, Gold mining will continue playing an essential role, contributing to the quality of the business climate with its growth potential being fueled by mineral exploration companies.

Significantly, Indigenous land claims are settled in Alaska which translates to a more secure land tenure position for exploration and mining companies. 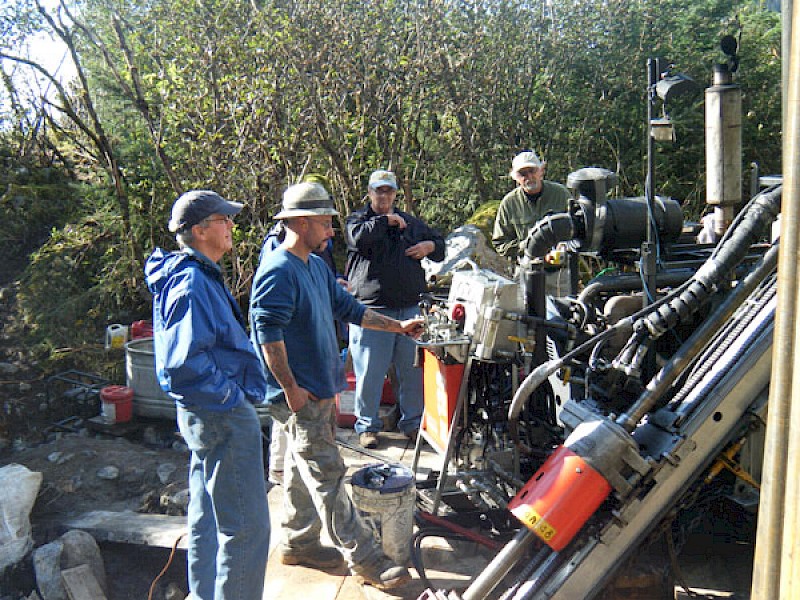 In 2021, Grande Portage filed an updated NI#43-101 Resource Calculation which reported a 29% increase in the Inferred gold category and a 97% increase for the Indicated gold category between 2019 and 2021 reports, respectively. Currently, the Herbert Gold Project hosts a high-grade Indicated Resource of 1,196,800 ounces of gold grading 10.23 g/t and Inferred Resource of 325,900 ounces of gold grading 8.91 g/t gold; refer to NR May 12, 2021.Â Note that the 8,150 metres of drilling in 19 diamond drill holes from 2021 have not yet been incorporated into the mineral resource calculations. In the previous two drill seasons, Grande Portage completed 16,500 metres comprising 41 drill holes. The Company extended the Goat, Ridge, Main, and Deep Trench veins and, impressively, managed to upgrade its resource in terms of size and grade. 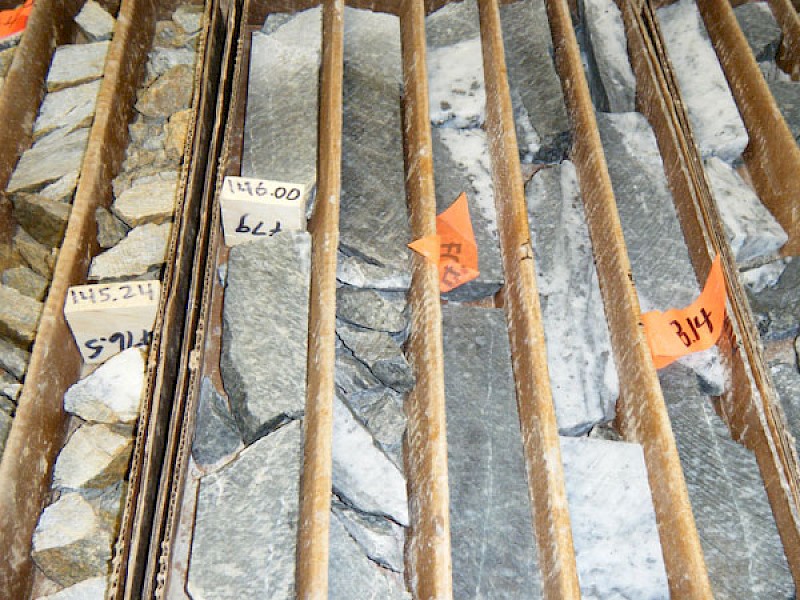 Grande Portage is expected to resume drilling within the next 7-8 weeks. 2022 plans are to drill approximately 9,000 metres of diamond drill core at the project. All drill holes will be step-out holes, extending existing vein structures which host the deposit’s gold. The drill program will test multiple targets from three platforms and is designed to test the main mineralized structures at depths beyond 500 metres, while at the same time, penetrating additional structures at shallower levels and along strike.

The vein structures and mineralization show no signs of diminishing with depth; therefore, the Grande Portage geological team has recommended that further exploration drilling be extended to the deeper regions of the quartz veins.Â  In addition to drilling the deeper portions of the Goat, Main, and Deep Trench veins, one of the Company’s planned drill sites will test the eastern extension of the Deep Trench, the Floyd and the Elusive Structure, which remains virtually unexplored to date. So in summary, the main purpose of the 2022 drilling is to demonstrate that the veins are well mineralized to depths extending two to three times deeper where the resources have been established and continue to test eastward extensions of the known veins.

The above-mentioned indicators reflect the Company’s attractiveness to the investment community including Eric Sprott who has become the largest individual shareholder. Grande Portage’s high grade gold project is located close to tidewater, blacktop and a reliable workforce familiar with mining.Â  Investors and other stakeholders will be eagerly watching 2022 activities at the Herbert Gold project in SE Alaska.

Alaska is stable jurisdiction with a long mining history. At the same time, Alaska has a broad range of underexplored mineral resources. The resolution of the native land claims occurred in 1971, minimizing the potential public relations, legal, and ethical risks. Freegold Ventures cites the Fraser Institute Investment Attractiveness Index and its February 2021 report, ranking Alaska in the top 5.

The Golden Summit project covers approximately 18,000 acres and contains numerous placer gold-bearing streams. Historical placer production attributable to the streams that drain the project area is over 6.75 million ounces. In addition to the abundant placer production, small-scale historical lode gold production also occurred throughout the property.Â Â Â  Within the heart of Freegold’s current exploration focus lies the historic Cleary Hill Mine, one of these small high-grade producers.Â Â  Mined through 1942, the mine produced 281,000 ounces at a grade of 1.3 oz/t. Although the ore was undoubtedly selectively hand-sorted, it nonetheless speaks volumes about the gold endowment of this remarkable property. 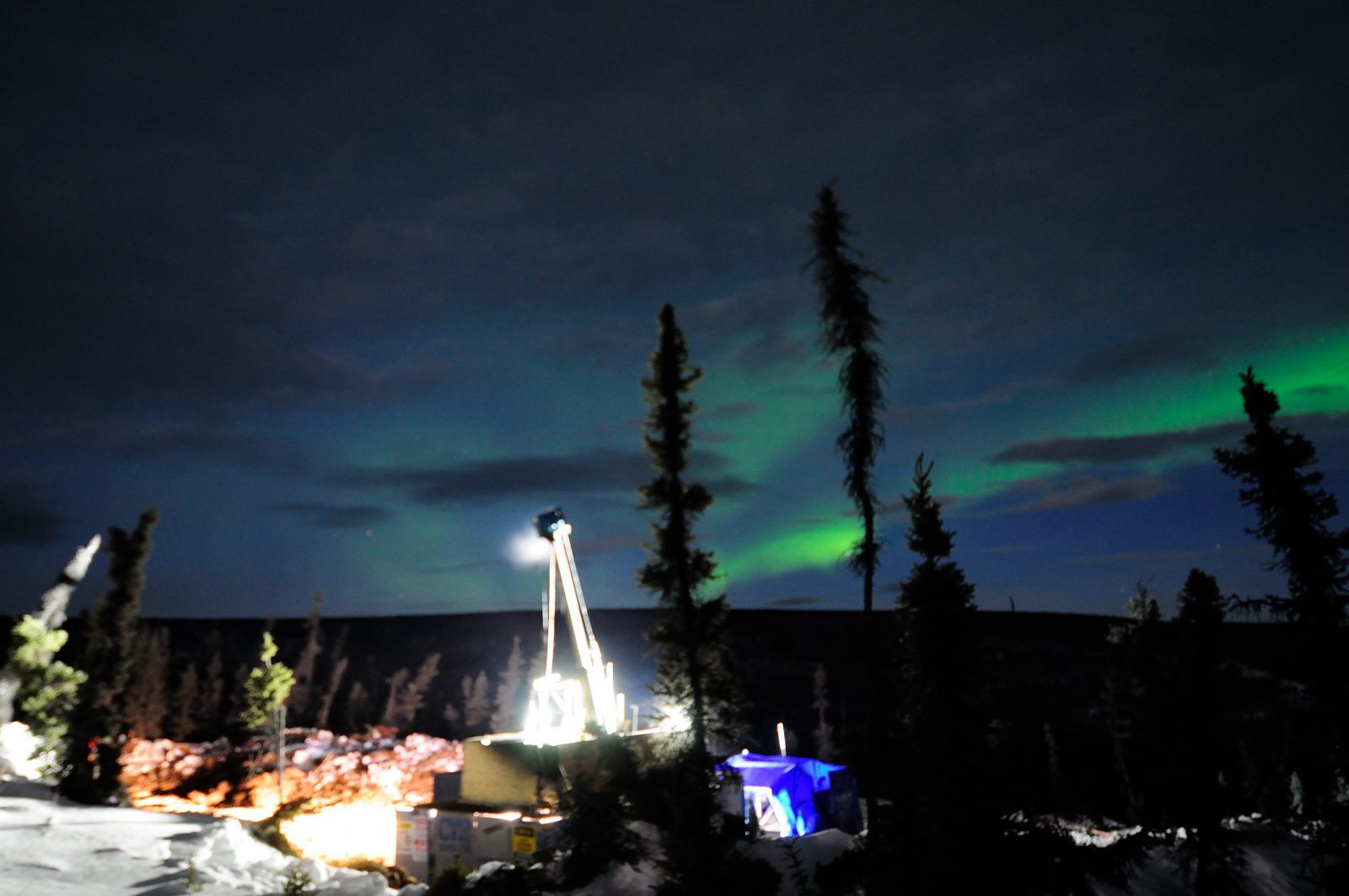 Golden Summit was the subject of an extensive drilling campaign from 2011 to 2013, resulting in multiple resource updates, showing the potential for significant resource growth. A Preliminary Economic Assessment PEA) was completed on the project in 2016. Using a US $1300 gold price, a pit constrained gold resource of 1,363,000 ounces (indicated) and 1,584,000 ounces (inferred) at a grade of 0.69 g/t Au was delineated in Dolphin Cleary Area, one of the areas of the project.

Fast forward to 2020 and the beginning of a new chapter for Golden Summit. Armed with a new interpretation that the old Cleary Hill Mine was mined as a series of veins, veinlets, and vein swarms, Freegold hypothesized that this vein swarm not only extended to the east from the old workings, but there was evidence from the drill sections and level plans that it could also run from the Cleary Hill area towards the Dolphin intrusive to the west.

In May 2020, the Company announced the longest and highest-grade intercept at Golden Summit, 188 metres grading 3.69 g/t Au, including 2 metres of 169 g/t Au within this newly interpreted vein swarm. Hole GSDL2001 intersected a broad, intensively silicified zone within the footwall of the Dolphin intrusive, clearly demonstrating the presence of a larger robust vein swarm. Now known as the CVS (Cleary Vein Swarm), the identification of this zone has significant implications for the project’s grade and overall tonnage potential.

This year, drilling fired up in February, and a minimum 20,000 metre program is underway.Â  The Company expects to publish an updated mineral resource estimate later this year. The program results have already demonstrated that Freegold’s new interpretation is bearing fruit with multiple intercepts of several hundred meters over 1 g/t Au well above the 0.69 g/tAu current resource grade as well as numerous high-grade intercepts. Although many of the intercepts are deep, it appears that the grade continues to get better with depth, which is not unexpected for as early as 1912, Phillip Smith, a USGS geologist working in the district, not only identified three distinct periods of vein formation but also reported: “the veins were of a deep-seated source.” It is also worth noting that the open pit at Kinross Gold’s Fort Knox mine is currently 600 metres deep.

With several holes still to report from the 2021 drill program at Golden Summit, a 2022 drill program underway and a resource update planned for later this year, 2022 will likely be another transformative year for the Company as it marches the project forward towards pre-feasibility.