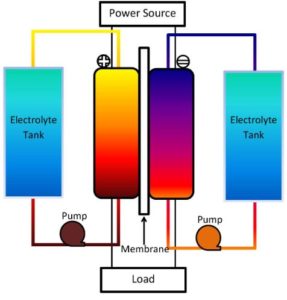 The successful phase two trial was the final test for the licensed vanadium electrolyte prior to commercial applications. Golden Share is pleased with the performance of its letter of intent with HVVNET and grateful for HVVNET’s dedicated and professional team.

The business discussions between the Company and HVVNET for the joint development of a modular containerized vanadium redox flow battery, a custom-built system exclusive for Harmony Energy Technologies Corporation (“Harmony”) based on the licensed vanadium electrolyte, will continue between HVVNET and Harmony. A potential business agreement is to be expected later after the planned spinoff of Golden Share’s energy storage business under the previously-announced plan of arrangement.

Golden Share also announces that the performance of its Strategic Agreement with Joysun New Energy Co., Ltd. (“Joysun”) for a rechargeable home lithium-ion battery has proceeded as planned. Harmony may pursue future product development with Joysun after the planned spinoff.

Harmony is the wholly-owned American subsidiary of Golden Share. Golden Share will transfer its energy storage business to Harmony under a plan of arrangement. With the development of both its VRFB and lithium-ion battery, Harmony intends to pursue a wide range of products line with different battery technologies for different applications.

Please refer to the press release dated July 10, 2018 for more information about the rechargeable home lithium-ion battery and partnership with Joysun.

Taku Gold To Sell The TAG Property For Up To $1.2 Million Plus Royalty

Taku Gold To Sell The TAG Property For Up To $1.2 Million Plus Royalty