Since listing on the CSE in June of 2021, Headwater Gold Inc. [HWG-CSE; HWAUF-OTCQB] has been working at a seemingly frenetic pace – they finalized the assembly of an enviable group of properties, drilled four of them and created a strategic earn-in agreement with Newcrest Mining, which includes the option of four projects and an investment by Newcrest to bolster Headwater’s coffers. 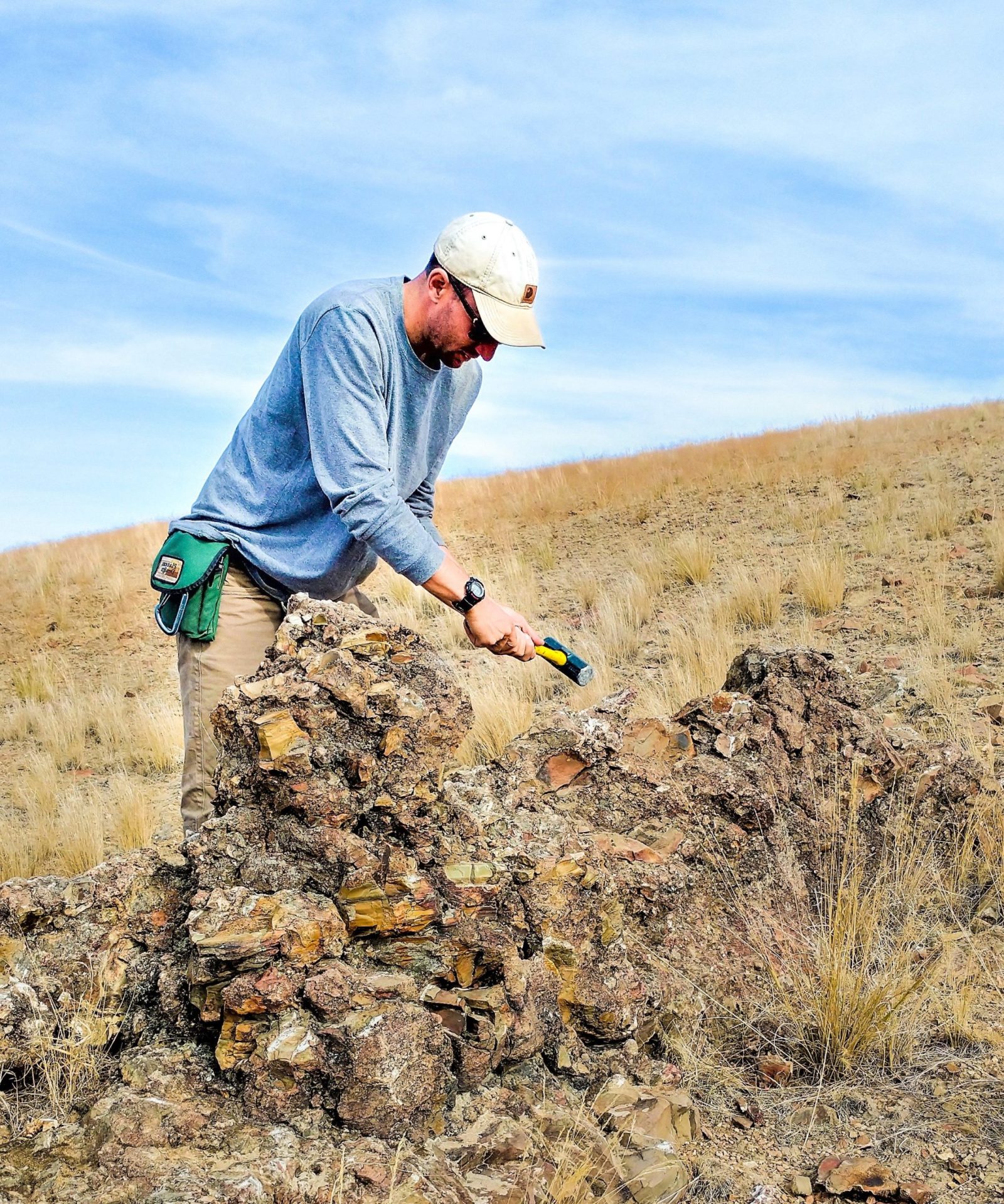 Headwater was founded by a group of geologists that each have distinguished track records and collectively have a level of expertise rarely seen in a new junior explorer.  This experienced management team had a clear vision to focus on high grade epithermal gold targets located in the western USA – in particular Nevada, eastern Oregon and western Idaho.   This large region is dotted with million to multi-million-ounce gold deposits, has a strong mining culture and offers high-quality greenfield opportunities.

Headwater Gold, President & CEO Caleb Stroup, states “Successful modern exploration requires not only working in a quality jurisdiction, but also a strategy that will allow you to discover the deposits that were missed in the past.  Nevada, Idaho, and eastern-Oregon are well established with respect to endowment and mining culture, but the key to our success here was recognizing that the historic drilling was generally shallow, leaving the high-grade veins we are targeting largely unexplored at depth”

Headwater leveraged their proprietary target generation software and its extensive local knowledge to generate their initial projects. Numerous field visits and countless hours of compilation and interpretation work resulted in the company staking and/or acquiring its initial ten projects. Each of these properties have geology, mineralization and/or alteration that indicate the high potential for the existence of an epithermal gold system.

Headwater’s initial priority was to advance its properties to the drill stage as quickly as possible, which they accomplished, resulting in four of the ten properties seeing an initial drill program within the first year after the company went public. 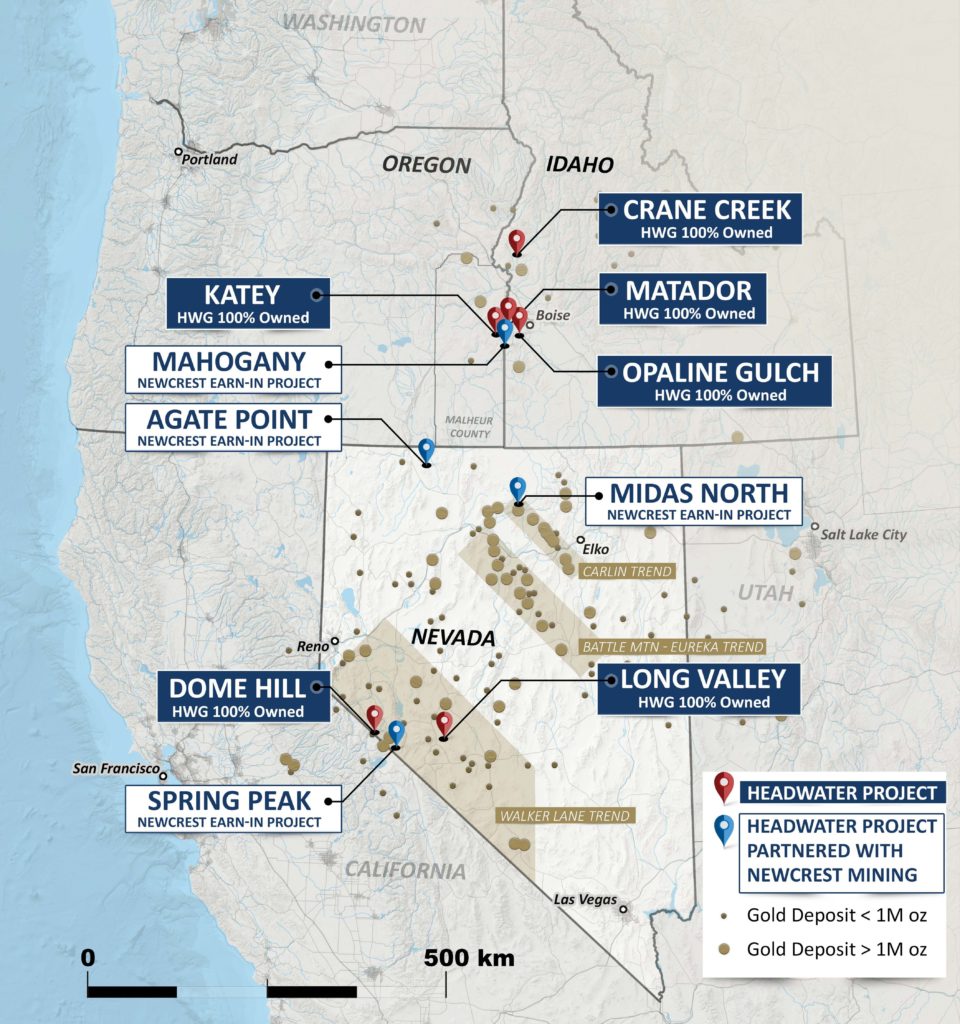 It was this determined plan of action that resulted in the blind discovery at their Spring Peak project (now part of the Newcrest earn-in -see below).  The team successfully confirmed their exploration model of an epithermal boiling zone at a depth of approximately 150 metres below the barren alteration and silica cap that was exposed on surface. Drill hole SP21-03 intersected 38.1 metres grading 1.00 grams per tonne gold, which included a higher-grade interval of 2.49 grams per tonne gold over a width of 9.2 metres.

Drilling at the Mahogany project was successful in confirming the presence of structurally controlled high grade gold zones. By combining these favourable drill results with an untested corridor of silicification and hydrothermal vent breccias, the team at Headwater has created another compelling exploration model.  Newcrest Mining found this model compelling enough to justify an entry into the emerging epithermal belt of eastern Oregon (see earn-in below).

The Katey project, also located in eastern Oregon, is another great example of the Headwater team successfully drill testing their exploration model. Historic shallow drilling at Katey intersected moderately wide intervals of low-grade gold ranging from 0.46 to 1.0 grams per tonne over 24.38 to 61.87 metres.  Headwater drilled a well-placed angled hole at a structural target approximately 25 metres below the deepest historic interval and discovered 23.6 grams per tonne gold over 1.95 metres within a wider interval of 4.86 g/t gold over 14.54 metres. This bold course of action has dramatically increased the potential for the project.  The Katey project was not included in the recent transaction with Newcrest and remains a 100% owned and royalty-free Headwater project. 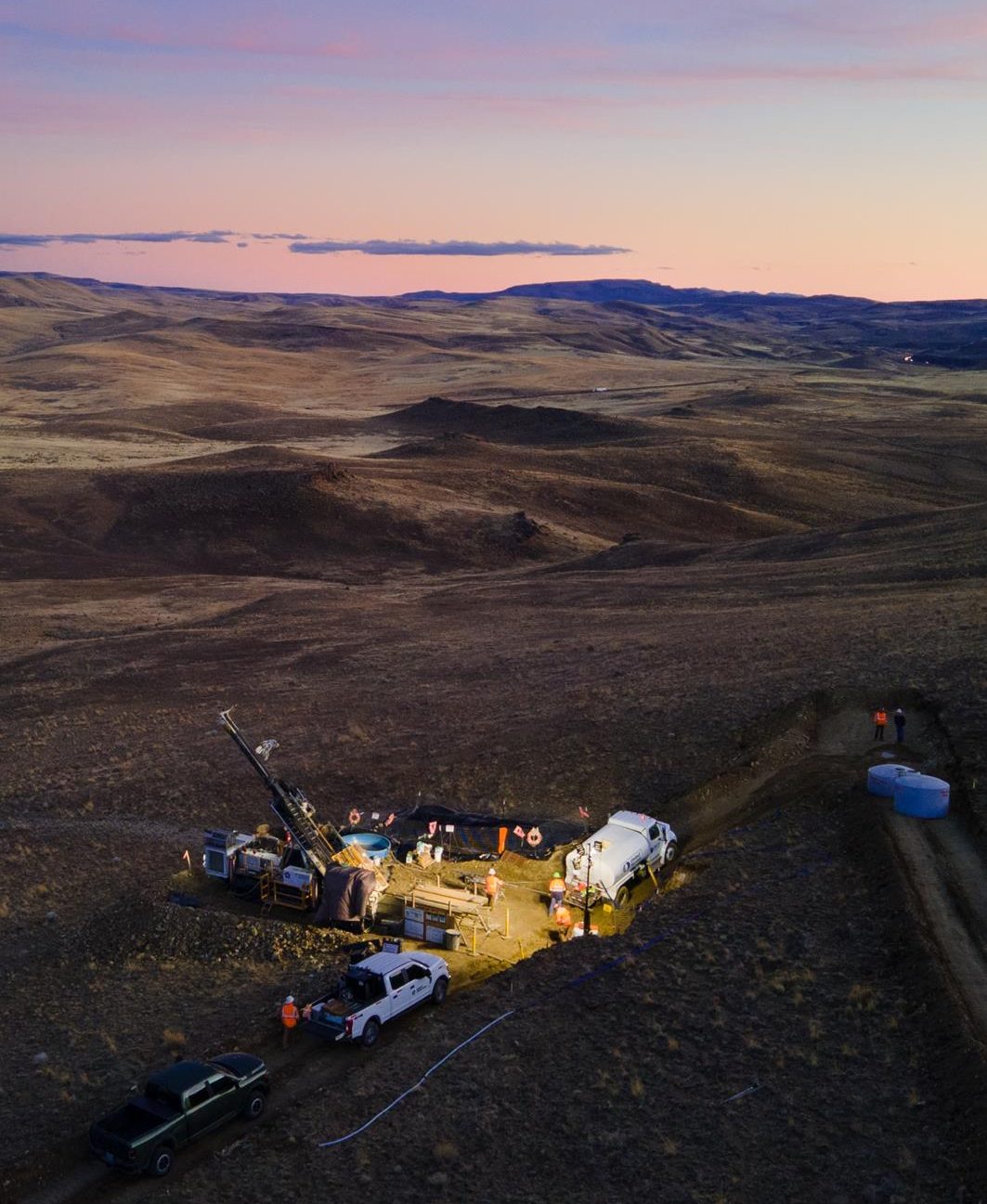 As to exemplify their commitment to epithermal gold deposits, the Crane Creek project nearby in Idaho has a very similar story to the Katey project.   Historic shallow drilling completed in the 1990’s intersected broad widths of gold mineralization ranging from 0.87 to 1.21 grams per tonne gold below a silica cap that contains high concentrations of mercury. A soil sampling program on the property resulted in a widespread gold anomaly that extends far beyond the area of historic drilling as well as a large coincident mercury and arsenic anomaly. Follow-up work is planned to include detailed mapping, trenching, surface sampling and a geophysical (resistivity) survey.  This work will culminate in a drill program.

The Matador project, located 55 kilometres from Integra Resources’ DeLamar deposit, was historically explored for its high concentrations of mercury.  Headwater has mapped a 3-kilometre-long zone of high-level epithermal alteration containing dacite domes surrounding this 1 kilometre long historic mercury working.  Although earlier stage than Crane Creek, there are several similar geological features a Matador that make the project a good fit within the well-defined epithermal exploration model that Headwater is concentrating on.

The advantage to Headwater shareholders is the enviable pipeline of projects. However, with an enviable basket of exploration properties, the company has some tough choices to make with regards to which projects to prioritize. This is somewhat mitigated by Headwater’s business plan, which is loosely a hybrid of the project generator business model. The key difference being that a true project generator stakes/acquires projects for the sole purpose of optioning them out to third parties whereas Headwater is staking/acquiring projects for itself first but is open to the idea of optioning out their projects as their geological interpretations come to fruition. They would only option a project if it can be done in a win/win situation – and a win/win situation is an understatement when describing their first agreement. 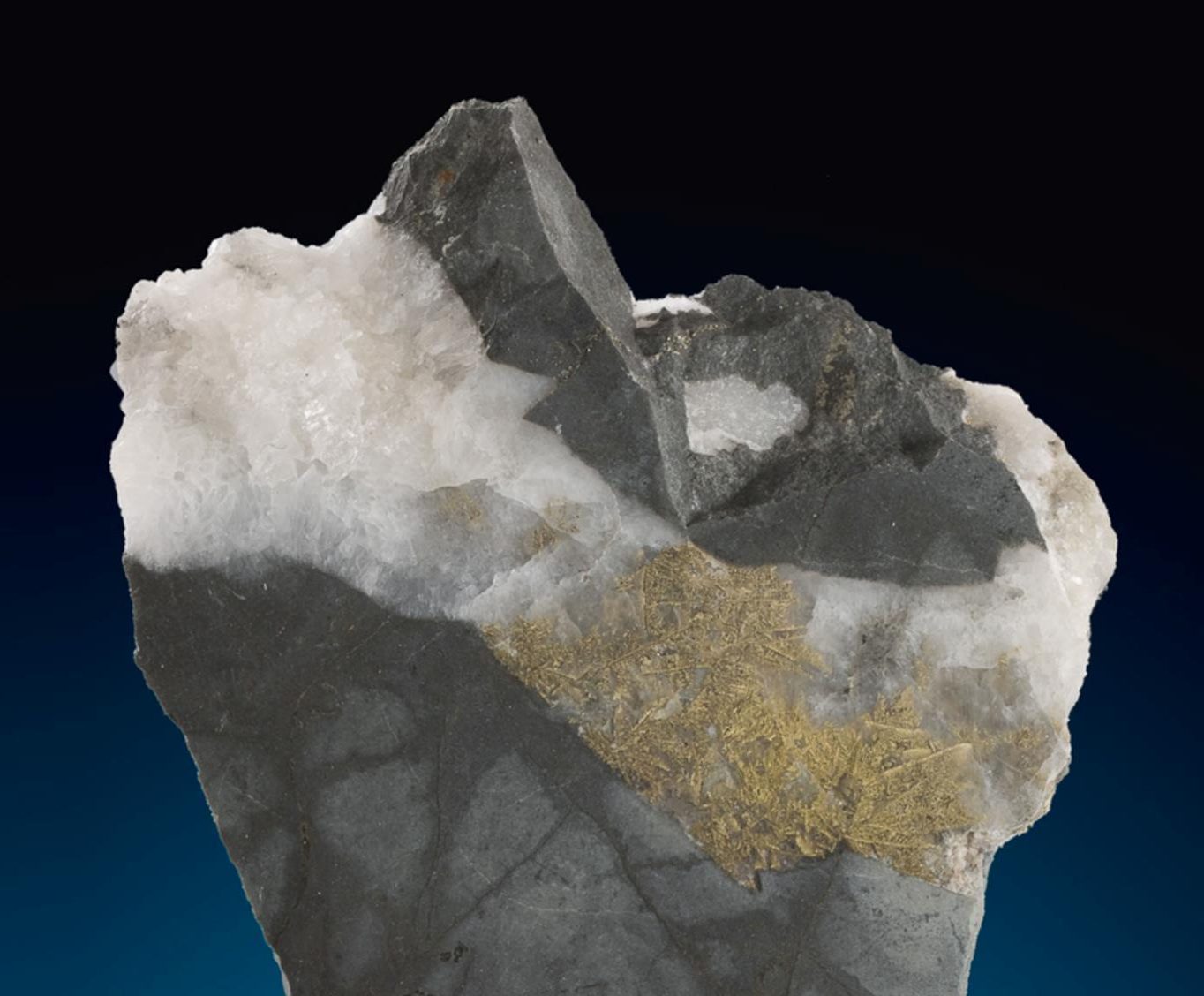 In a landmark deal – and the Company’s first with a Major mining company – Headwater has optioned four of its projects to Newcrest Mining Ltd [NCM-TSX; NCM-ASX].  This was done by executing four separate option and earn-in agreements with a wholly owned subsidiary of Newcrest. The agreements give Newcrest an option to acquire an up to 75 percent interest individually in each of the Mahogany project in Oregon, and the Agate Point, Midas North and Spring Peak projects, which are each located in Nevada.  The cumulative tally for the successful earn-in of these projects is an impressive of US $145 million in expenditures in order to earn an initial 65 percent interest. This can be increased to 75 percent by completing prefeasibility studies that include a minimum resource of 1.5 million gold or gold equivalent ounces per project. 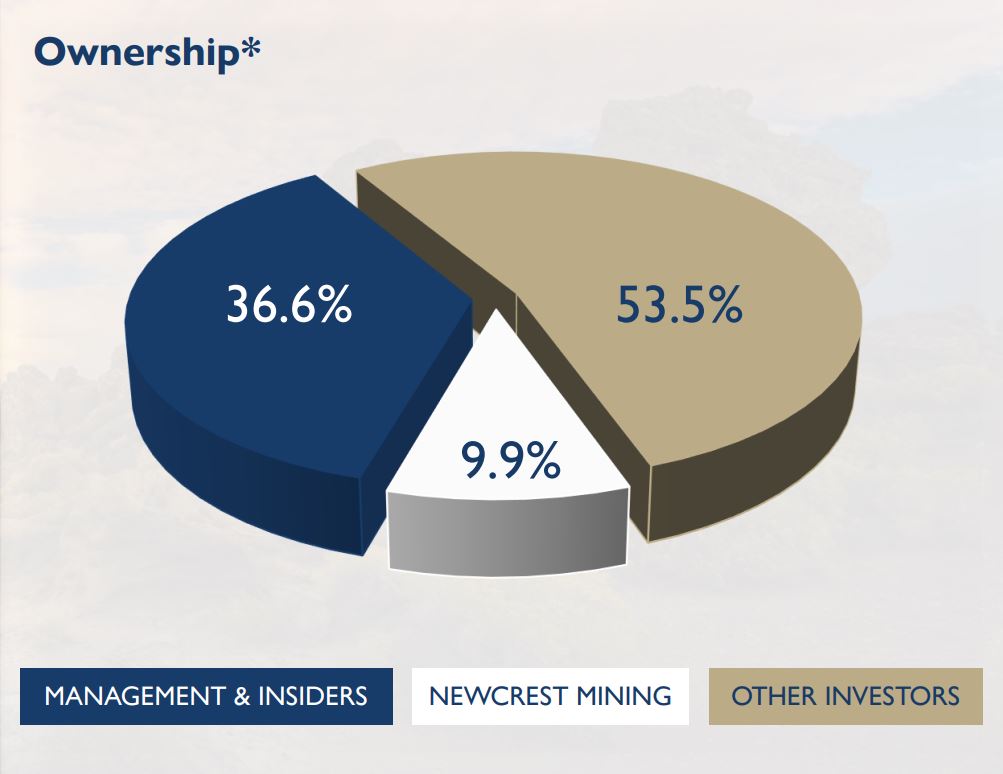 Although the quality of the projects was integral to Newcrest’s decision to get significantly involved with Headwater, the company’s team was an added bonus.   Newcrest’s general manager of exploration stated “We are excited to partner with Headwater on these projects. The Great basin is a great location for discovering high-grade gold epithermal deposits. We are also pleased to partner with an experienced and technically strong management team at Headwater and leveraging the exploration capability of both teams represents an opportunity to create significant value.”

In addition to an upfront cash payment of US $612,989 to Headwater, Newcrest also committed to buying a 9.9 percent equity interest in Headwater through a non-brokered private placement totalling $871,424.  This will provide the company gross proceeds of approximately CND $1.7 million, which can be used by the company how it sees fit – to continue self-funding its highest priority wholly owned projects or even to generate additional new projects.

Management of Headwater believe in the upside potential of these projects and will be advancing them as quickly as possible in order to test the merits of their project selection and geological interpretation.  If the success that they have had in the past fourteen months is any indication, then there could be more new discoveries in the coming months.

Headwater will soon commence a series of aggressive exploration programs.   Investor Relations Manager Brennan Zerb, states “With the substantial firm minimum commitments of the recent earn-in agreements, and the strategic investment from Newcrest, we anticipate lots of exploration coming down the pipeline, resulting in consistent news flow for Headwater.”