Altan Rio Minerals Limited (TSXV: AMO) (“Altan Rio” or the “Company“) is pleased to announce initial results from the Phase 4 drill program completed at the Pilot Deposit[1]Â (“Pilot“) in the Southern Cross region of Western Australia. 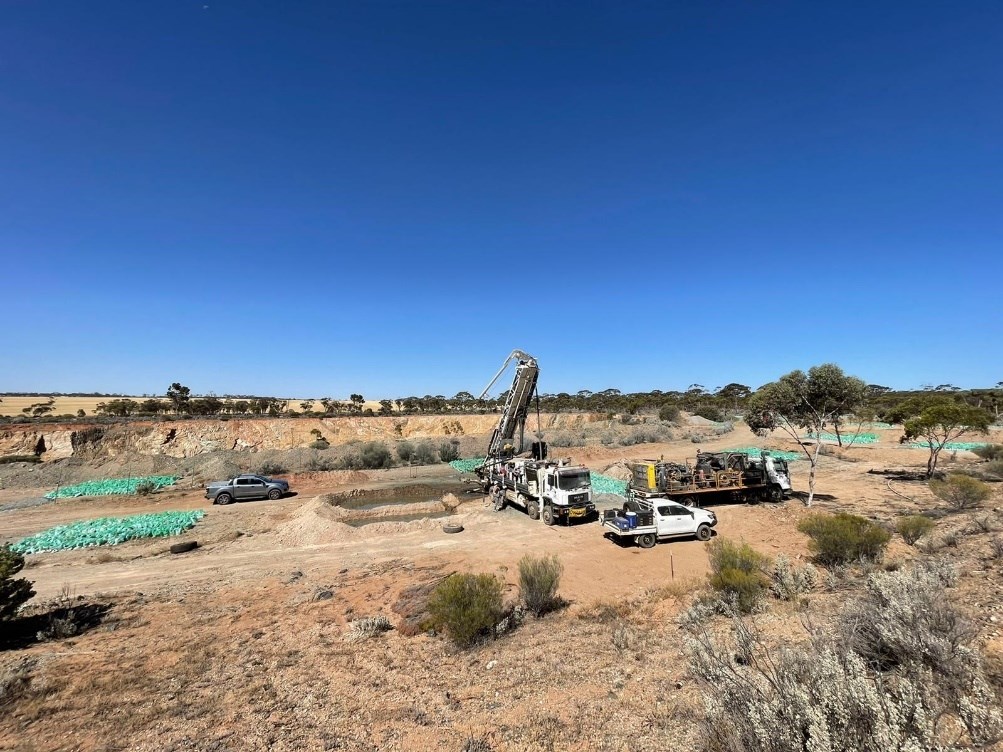 1. Pursuant to its exploration and mining agreement with Barto Gold Mining Pty Ltd.

“These initial results provide further confirmation of the potential of the Pilot deposit within both an open pit scenario and underground potential. The improved knowledge and understanding of the geology importantly will loopback into our regional targeting.

I am particularly excited that as part of this program, two pre-collars were completed for the co-funded EIS diamond drill program, this program will evaluate the PEM4 conductor and importantly enhance the geological understanding of the Pilot mineralisation and provide an important piece to the Pilot jigsaw puzzle.

The success of this program vindicates the Company’s decision to focus on the Southern Cross greenstone belt, a renowned gold producing region which still holds significant potential for company-making gold discoveries.”

The Phase 4 drill program targeted depth extensions to the Pilot mineralisation, immediately below the historical underground workings (4 Level – 120 mbs) to a vertical depth extent of 170 metres below surface (mbs). The program comprised ten holes for 2,309 metres (PARC003, 042, 044 to 046, 048 to 052) and were designed to evaluate high grade gold mineralisation previously reported from drillholes PARC005 and PARC010Â (refer to TSXV: AMO March 10, 2021).

Drilling was completed on the 24thÂ February 2022, onsite logging of the drillchips confirmed drilling had intersected the interpreted position of the mineralisation with one metre samples from these interpreted intervals selected for high priority assaying.

Results from some of these selected intervals have now been received, confirming the presence of high grade gold mineralisation with intercepts of:

Overall, drilling conditions were excellent with dry samples and good recoveries. However, drillhole PARC049 intersected a void/cavity at 155 metres with significant amounts of water, drilling continued until a depth of 210 metres when the hole was stopped and abandoned. Samples from 155 metres onwards in this hole were damp to wet with variable recoveries. Caution should be applied to the significance of assays reported from this drillhole.

Post completion of the drilling, interrogation of the 3D model and the completed drill program revealed drillhole PARC049 had terminated prior to intersecting the main lode with the reported intervals from this hole representing hanging-wall mineralisation. Modelling suggests the high-grade component of Pilot mineralisation remains to be tested in this hole. The company will now investigate completing this hole with a diamond tail to evaluate the high-grade mineralisation.

The Phase 4 drill program also comprised two pre-collars (totalling 460m) completed in preparation for EIS co-funded diamond drilling to evaluate the PEM4 conductor immediately below the high grade mineralisation reported previously and in this announcement, a suitable diamond drill rig is currently being sourced to conduct this program.

A complete summary of Phase 4 drill program with results received to date are provided in Table 1 below, with location of drill intercepts shown in Figure 2 and Figure 3.

Notes:Â 1. Coordinates and azimuth referenced to Local Grid
2. Intercepts calculated based on a cut-off grade of 0.5 g/t with a maximum of 3 metres of internal dilution
3. # drillhole intersected a void/fracture at 155 metres, interpreted to be a fault with significant volumes of water, samplesÂ went wet with variable recoveries after encountering void, hole abandoned at 210m.

Cautionary Note: Assay laboratories in both Perth and Kalgoorlie continue to be swamped with a backlog of samples to be analysed from the surge in exploration activity in Western Australia, consequently significant delays are being experienced in assay turn around times.

Mr. Neal Leggo, Principal Geologist, CSA Global Pty Ltd, a member of the Australian Institute of Geoscientists (MAIG) and an independent Qualified Person as defined by National Instrument 43-101, is responsible for the preparation of the technical content regarding the Pilot Deposit and the Southern Cross North Project contained in this document. Mr. Leggo has reviewed and approved the technical disclosure in this news release. 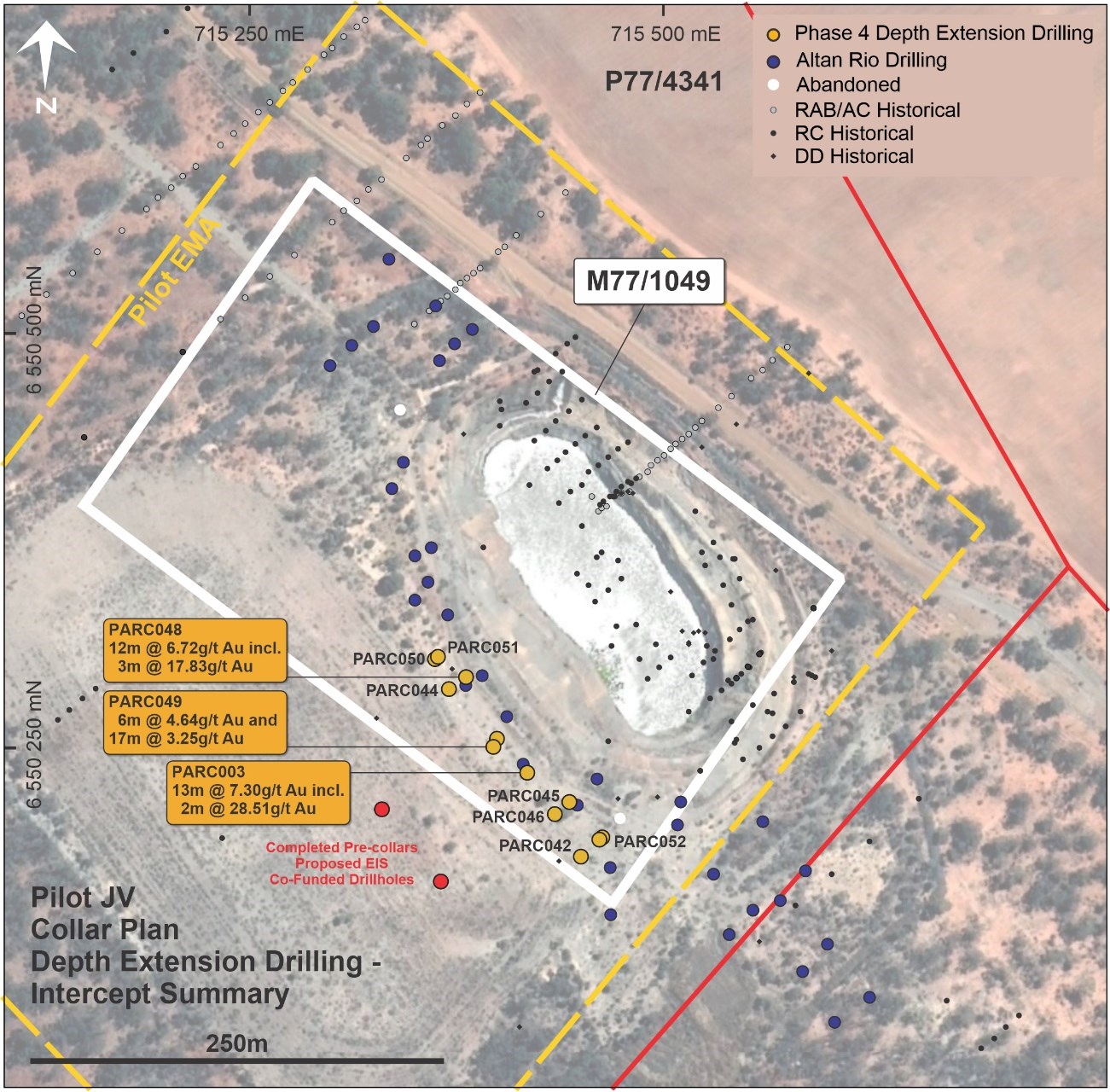 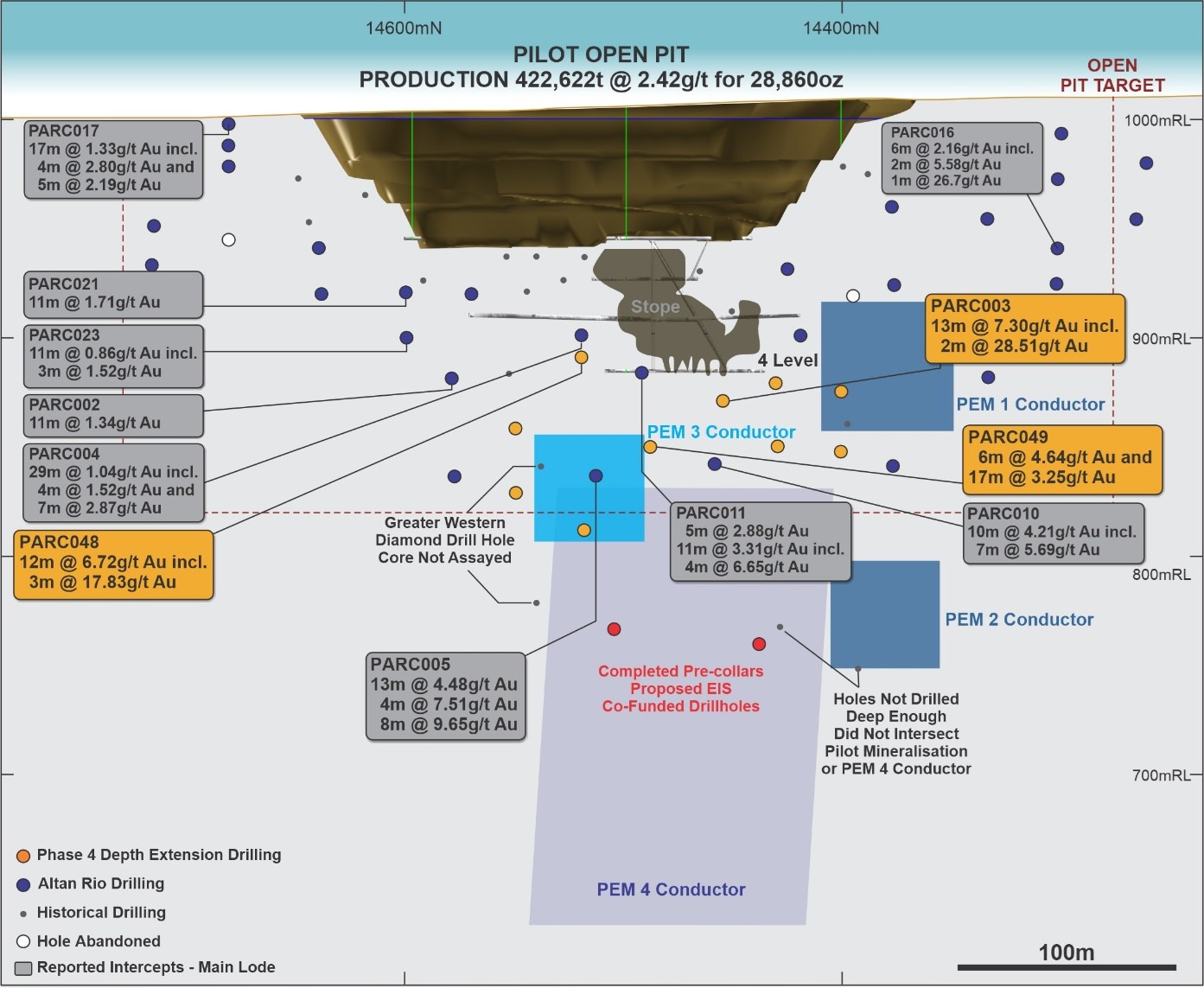 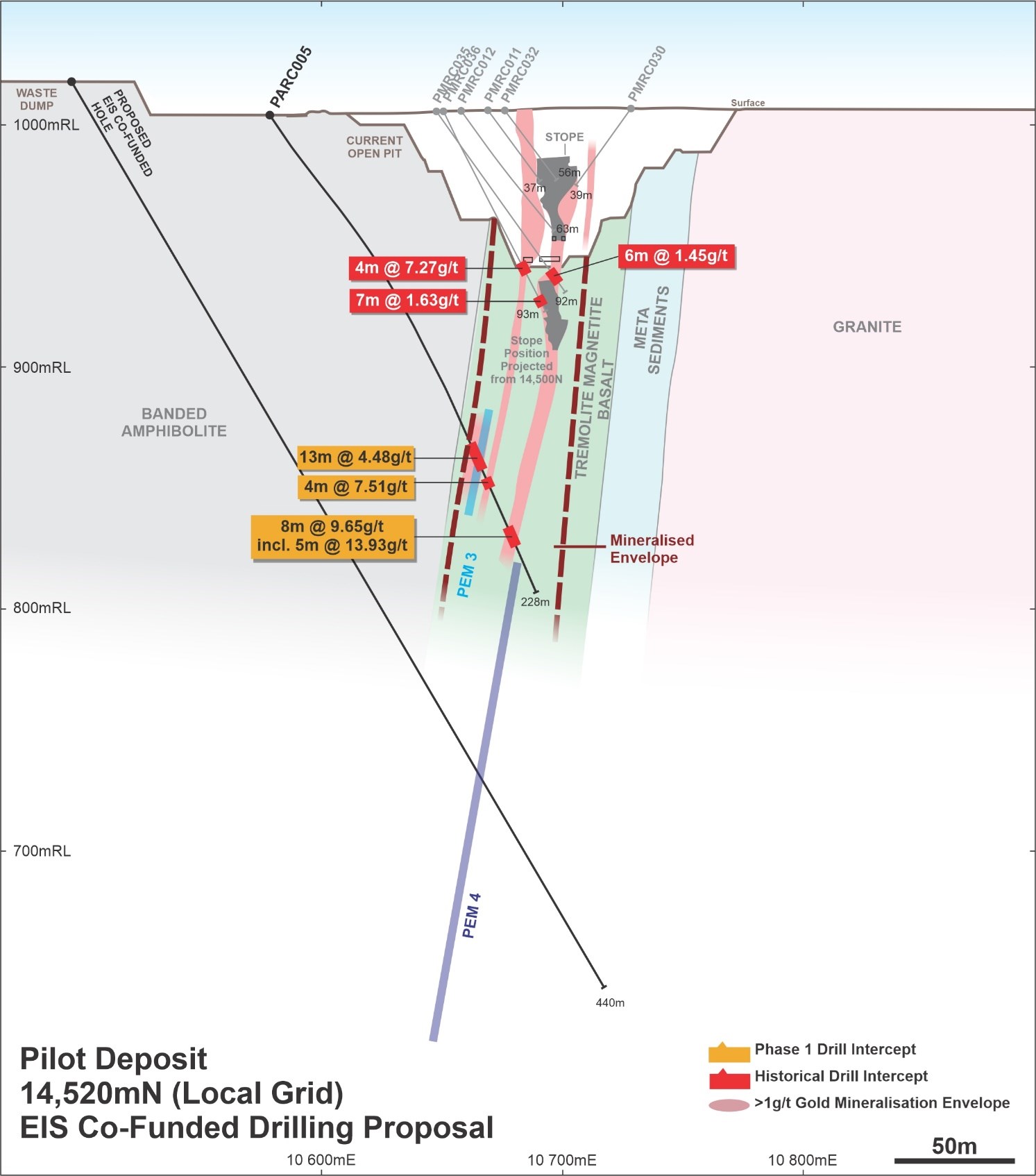