The B.C. premier and his Green Party puppet master have created a debilitating, ill-conceived mess over the Trans Mountain pipeline 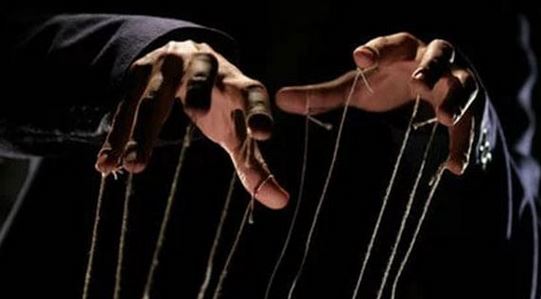 The political discourse surrounding Canada’s oil industry has morphed into a combination of schizophrenia, hypocrisy and fantasy.

This debilitating countrywide phenomenon is clearly exemplified at both the federal and provincial levels. But it’s the recent actions of B.C. Premier John Horgan and his puppet master, Green Party Leader Andrew Weaver, that earn my nomination for special recognition.

Horgan wins the political schizophrenia award for filing a court case that would allow the province to stop the export of oil from the Trans Mountain pipeline expansion, while simultaneously filing a separate court case aimed at preventing Alberta from reducing the amount of oil shipped through the existing line.

Alberta Premier Rachel Notley summarized his behaviour succinctly by stating, “They want our oil, but they don’t want our oil.”

Then, just two days after the federal government announced its takeover of the project to counter Horgan’s vow to “use every tool in the toolbox” to stop the project, B.C. Attorney General David Eby stated that the province is still entitled to $1 billion former premier Christy Clark negotiated in return for supporting the pipeline.

Horgan also takes top honours for the political hypocrisy award. Recently, in response to Vancouver’s gasoline prices reaching $1.61 a litre, the highest in North America, he called for “the federal government to get into the game â€¦ and protect consumers.” The reality is that more than 33 cents of that price is made up of municipal and provincial taxes, including the first of four annual increases to the province’s carbon tax that kicked in just days before Horgan’s call for federal action.

Weaver also qualifies for both awards for his about face on BC Hydro’s massive Site C hydroelectric project. In 2009, Weaver urged then B.C. premier Gordon Campbell to move ahead with the zero-emissions project, stating, “I cannot see what is stopping Site C.”

Fast forward eight years to 2017 when, after campaigning to shut down Site C construction, Weaver called for the resignation of B.C. Energy Minister Michelle Mungall in response to the government’s decision not to cancel the partially built project.

Weaver’s rationale for opposing Site C – that wind and solar power are “better and cheaper” – also makes him eminently qualified for the political fantasy award.

The reality is that despite the hundreds of billions of dollars poured into in windmills and solar panels, they provide just 1.5 per cent of global electricity. And since the wind doesn’t always blow and solar panels produce zero energy during Canada’s long winter nights when the power is most needed, those costly wind and power facilities must be fully backed by reliable fossil-fuelled power plants.

Thus, electricity consumers pay for costly wind and solar, and then pay again to build and operate standby plants. Ontario is the poster child for this lamentable outcome. Power rates that were once among the lowest in North America are now the very highest. No wonder the Ontario election is seeing an angry backlash after out-of-work residents across the province’s heartland contemplate rusting, weed-infested factory sites that had long been the economic mainstays of their communities.

Given that Weaver opposed zero-emissions hydro power due to his delusions about wind and solar, it’s not surprising that the prospect of more crude oil flowing into B.C. from the Trans Mountain expansion is ample cause for a declaration of political war.

The battle has been zealously joined by his many local ground troops and international non-governmental organization professional protesters who share his fantasy that the end of fossil fuel era in nigh. Rallying his troops following announcement of the federal takeover of the Kinder Morgan pipeline, he stated, “What about â€¦wind farms or solar farms? Why is the government picking a company in the last century to double down on yesterday’s economy?”

But believing in something doesn’t make it true. It’s time for a realty check. What’s the real-world outlook for crude oil demand?

Fossil-fuels supply more than 80 per cent of global energy. And the largest portion of that is crude oil. World oil demand is expected to grow by 1.2 million barrels per day in 2018, more than twice the capacity of the Trans Mountain expansion. The median of authoritative forecasts sees oil demand growing from the current 98 million barrels a day to at least 110 million by 2030. The largest contribution to that growth is expected to come from the United States, aided, ironically, by Canadian companies that have no choice but to send both their technical expertise and drilling money south to where the oil can be sold.

The growth in world oil demand may seem surprising, given reports that electric vehicles are poised to displace internal combustion engines. There are around two million electric vehicles worldwide. The most bullish forecast I could find would see that grow to 300 million by 2040. That forecast comes with an acknowledgement that it would require the expenditure of trillions of dollars to rebuild global electricity generation and distribution, a highly dubious prospect. But even if this extreme case happened, it wouldn’t offset the expected 800 million internal combustion engines expected to be added in the developing world, led by China and India.

Despite having the third largest oil reserves in the world, Canada produces less than four per cent of global crude supplies. And in contrast to the hysterical rhetoric from anti-oil sands zealots, Alberta’s oil sands produce a minuscule 0.15 per cent of global carbon emissions.

The reality is that the Canadian oil industry’s environmental and human rights record is vastly superior to that of the North African, South American and the Middle Eastern producers. And those producers benefit from our inability to access world markets.

Schizophrenia, hypocrisy and fantasy have formed a debilitating cocktail. We’re sacrificing the livelihood of hundreds of thousands of Canadians, along with the economic prosperity and investor reputation of our nation.

Gwyn Morgan is a retired Canadian business leader who has been a director of five global corporations.