Uncompetitive policies and regulatory uncertainty are largely to blame 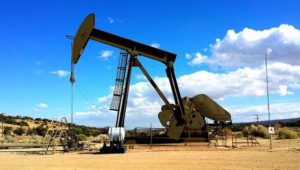 Canada’s investment climate for the energy sector can be described as unfavourable, at best. Clearly, investors have reached their breaking point with Canada’s uncompetitive policies and regulatory uncertainty and are steering clear.

The result is fewer Canadian jobs and lower economic growth.

According to the most recent Statistics Canada data, foreign investment in Canada’s oil and gas industry in 2017 fell by the largest amount in the last 17 years – down 12.2 per cent to $120 billion.

So why are energy investors turning their backs on Canada?

Again, according to the Fraser Institute’s annual Global Petroleum Survey of upstream oil and gas executives, uncompetitive policies and regulatory uncertainty are largely to blame. The survey spotlights policies that govern the oil and gas industry (royalties and taxes, duplicative regulations, etc.) and make a jurisdiction attractive or unattractive to investment.

The results show the investment climate in Alberta – Canada’s major energy producer – remains far behind 2014 levels when the province ranked 14th out of 156 jurisdictions worldwide. In 2016, Alberta fell to 43rd of 96 jurisdictions, and this year moved up to 33rd of 97. Despite Alberta’s slight rise, the province remains Canada’s second least attractive jurisdiction to invest. Tellingly, more than 50 per cent of survey respondents in 2017 see fiscal terms (licences, royalties, etc.) and high taxation as deterrents to investing in Alberta.

To better understand Alberta’s decline in the eyes of investors, it’s important to look at recent policy decisions.

Since 2015, the Alberta government has increased the corporate income tax rate by 20 per cent, implemented a carbon tax and introduced a new slate of environmental regulations, including a cap on emissions from oilsands production. And recently, the government of Premier Rachel Notley released draft directives for new methane standards that will adversely impact the province’s energy sector.

Alberta’s energy sector has struggled for years to get its oil to international markets due to insufficient pipeline capacity. Kinder Morgan’s recent announcement to stop “non-essential spending” on the Trans Mountain pipeline expansion (which would run from Alberta, through British Columbia, to the Pacific) is a prime example of government policies and uncertainty deterring energy investment in Canada. Despite federal government and National Energy Board approvals, Kinder Morgan remains skeptical it can complete the pipeline due to obstructionism from the B.C. government.

While Alberta and B.C. are becoming less attractive in the eyes of investors, U.S. states (Texas, Oklahoma, North Dakota) consistently rank high in the annual survey. In fact, six of the world’s top 10 jurisdictions are in the United States, compared to only two Canadian jurisdictions (Newfoundland and Saskatchewan).

The U.S. advantage over Canada is not surprising in light of recent sweeping U.S. tax cuts and deregulation. As U.S. states ramp up efforts to attract investment, and Canada moves in the opposite direction, capital will continue to exit Canada. In fact, according to RBC president and CEO David McKay, the flow of investment from Canada to the U.S. is “already underway.”

If policy-makers want to reap the rewards of Canada’s natural resources – jobs, government revenue, economic growth – they should act now before it’s too late.

Elmira Aliakbari and Ashley Stedman are analysts with the Fraser Institute.