While exploration and mining in Mexico have been hampered by suspensions and slowdowns of operations due to the COVID-19 pandemic, the country will get through this challenge and gradually resume normal operations.

The CPM Group expected Mexico to continue building production in 2020 to 194.6 million ounces; however, with the pandemic underway, CPM forecasts a decline of 15.9 million ounces of silver.

Mexico is the world’s biggest silver producer but gold also plays an important role – both on its own and as a component in silver ores. Indeed, by size and liquidity, the global gold market is roughly 15 times larger than the silver market. Silver has seen a modest increase in price lately and some analysts are forecasting further higher prices.

Below is a selection of companies active in Mexico. 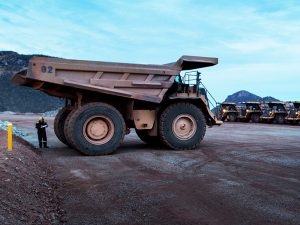 Argonaut Gold Inc. [AR-TSX] and Alio Gold Inc. [ALO-TSX NYSE AMERICAN] shareholders have approved a merger of the companies. Argonaut’s primary assets are the El Castillo mine and the San Agustin mine, which together form the El Castillo Complex, in Durango as well as the La Colorada mine in Sonora.

Mining, crushing and stacking activities have resumed at El Castillo and La Colorada. Given that Argonaut operates heap leach mines, the company maintained metal production and sales throughout the temporary suspension of activities. 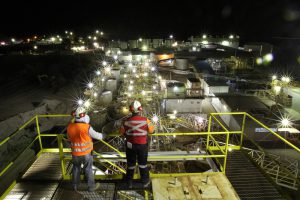 Endeavour Silver Corp. [EDR-TSX; EXK-NYSE] has restarted mining operations at its three high-grade, underground silver-gold mines in Mexico. The company filed its mine operating and health plans with, and received approvals from the Secretariat of Health in Mexico to resume mining operations.

The company is currently advancing the Terronera mine project toward a development decision.

Exploration drilling in Q1 2020 intersected new high-grade gold-silver mineralization in the Melladito vein at the Bolanitos mine in Guanajuato. A total of 14 holes were drilled and eight holes intersected high grades over minable widths. A highlight was 24.3 g/t gold and 787 g/t silver over a 1.5-metre true width in hole BN27 (3,217 g/t or 93.8 oz/silver equivalent (AgEq) at a 100:1 silver:gold ratio). 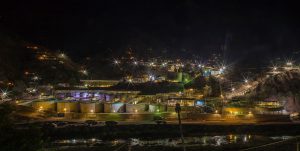 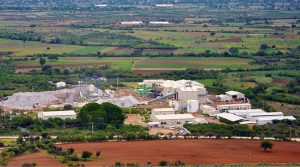 Fortuna Silver Mines Inc. [FVI-TSX; FSM-NYSE], on May 25, was granted approval by the government of Mexico to restart operations at its 100%-owned underground San Jose mine 47 km south of Oaxaca, southern Mexico. Production has officially resumed at nameplate capacity of 3,000 tonnes per day. In 2019, production wasÂ 7.9 million oz silver and 48,880 oz gold. 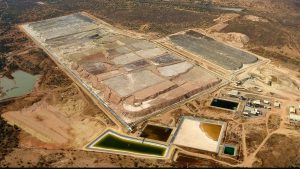 GoGold Resources Inc. [GGD-TSX; GLGDF-OTCQX] has resumed drilling at its 100%-optioned Los Ricos gold-silver project in Jalisco where one highlight was 3.2 metres of 1,094 g/t AgEq. Resource drilling is nearing completion at Los Ricos South in preparation for its upcoming NI 43-101-compliant resource calculation.

Full production operations have resumed at the Parral Tailings silver-gold project in Chihuahua. The 141 hectare Parral Tailings site is host to 21.3 million tonnes of tailings left over from 340 years of mining operations. GoGold’s 2013 pre-feasibility study defined a reserve of 35 million oz AgEq (20.3Mt at 38.4 g/t Ag and 0.31 g/t Au). GoGold’s heap leach facility was financed and built within 18 months and production began in June 2014. 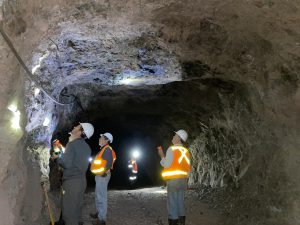 GR Silver Mining Ltd. [GRSL-TSXV; GRSLF-OTCQB] reported high-grade drill results from its 100%-owned Plomosas silver project in Sinaloa. These results are located in the Plomosas mine area, one of six priority areas with a combination of recent (2016-2018) and historical drill data being released by the company. A highlight was 1.8 metres grading 30.6 g/t gold and 118 g/t silver (3,092 g/t AgEq), including 0.6 metres of 86 g/t gold and 36 g/t silver (8,378 g/t AgEq). 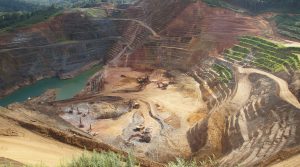 Great Panther Mining Ltd. [GPR-TSX; GPL-NYSE American] has restarted mining operations in Mexico, following a government order adding mining to the list of essential services. The restart is following a phased approach to accommodate new protocols in response to COVID-19. Great Panther’s Mexican operations include the Topia Mine and Guanajuato Mine Complex, comprising the San Ignacio and Guanajuato mines.

At the Topia Mine, permitting for the Phase III tailings storage facility (TSF) is underway. Geotechnical work and upgrade of monitoring instruments on the Phase II TSF is progressing on schedule and is expected to be complete by the end of June. 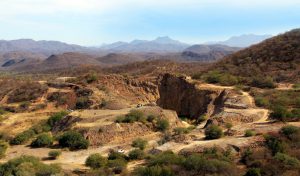 Kootenay Silver Inc. [KTN-TSXV] released assay results from an additional four holes at the 100%-optioned Columba high-grade silver projectin Chihuahua. These holes are the remaining four of 10 holes completed from the 2020 drill program before the COVID-19 work stoppage. 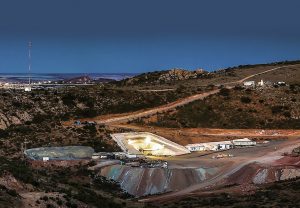 MAG Silver Corp.‘s [MAG-TSX; MAG-NYSE MKT] principal focus and asset is the Juanicipio Project (44%), being developed in a Joint Venture with Fresnillo (56%). The Juanicipio Project is located in the Fresnillo Silver Trend in Mexico, the world’s premier silver mining camp. Construction of the surface and underground infrastructure on the property is underway to support a 4,000 tonnes per day (tpd) mining operation. Â As well, an expanded exploration program is in place at Juanicipio with multiple highly prospective targets across the property.

Magna Gold Corp. [MGR-TSXV; MGLQF-OTCQB] plans to re-start and optimize the recently acquired San Francisco mine in Sonora and establish stable low cost production. The San Francisco mine was a past-producing, open pit, heap leach gold operation that commenced operations in 2010 and has produced over 820,000 oz gold at 100,000 oz gold in year one. Total crushing capacity is 22,000 tpd. The operation is currently in a period of residual leach. The open pits, mining equipment, processing facilities, and site infrastructure are all in excellent condition. Historical NI 43-101 Reserves are ~855,000 oz and Measured and Indicated Resources are ~1.5 million oz. 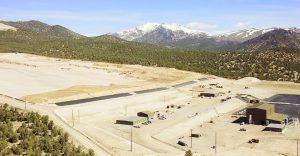 McEwen Mining Inc. [MUX-TSX, NYSE] owns and operates the El Gallo Gold-Silver Complex in Sinaloa where residual heap leaching is underway. A total of 16,000 oz gold was recovered in 2019. The Fenix Project, part of the El Gallo Complex is in the development stage and is expected to produce 47,000 oz gold equivalent annually from open pitting.

Minera Alamos Inc. [MAI-TSXV; MAIFF-OTC] has a portfolio of high-quality Mexican assets, including the 100%-owned Santana open-pit, heap-leach development project in Sonora currently under construction, which is expected to have its first gold production in Q1Â 2021.

The 100%-owned La Fortuna open pit gold project in Durango has a PEA completed and is nearing the end of the permitting process. A construction decision on La Fortuna could be made in late 2020 or early 2021.

Pan American Silver Corp. [PAAS-TSX; PAAS-NASDAQ] reported operations have resumed at the Dolores and La Colorada mines in Mexico. The mines are initially operating at reduced capacities to accommodate new protocols in response to COVID-19.

Pan American withdrew its 2020 operating guidance on March 12, 2020, given the uncertainties related to the COVID-19 pandemic, and plans to update its guidance for 2020 once the impact of the new protocols on operations can be better determined. The company also notes that some of the sustaining capital projects planned for 2020 will be carried over into 2021 as a result of COVID-19.

Sierra Metals Inc. [SMT-TSX, BVL] has two mines in Mexico – the copper-silver-gold Bolivar mine and the silver-lead-gold-zinc Cusi mine, both in Chihuahua. The underground Bolivar mine produced 27.2 million copper equivalent pounds in 2019, a 28% increase over 2018. Mineral Reserves for Bolivar now stand at 7.5 million tonnes averaging 0.69% copper, 13.4 g/t silver and 0.22 g/t gold, or 0.87% copper equivalent, representing a 5% tonnage decrease to the previous reserve estimate from 2017. The new reserve estimate includes two years of depletion of approximately 2.5 million tonnes of ore.

The Cusi Mine produced 1.02 million silver equivalent ounces in 2019, a 27% increase when compared with 2018. The mine ended the year with an average throughput of 815 tpd and is expected to reach its throughput goal of 1,200 tpd this year.

Silver One Resources Inc. [SVE-TSXV] has been focused on its Candelaria Project in Nevada; however, it holds three projects in Mexico; PeÃ±asco Quemado in northern Sonora with a historical resource of 9.63 million oz silver; La Frazada silver exploration project in Nayarit; and the Pluton Project in northern Durango. Exploration targets at Pluton are silver-lead-zinc carbonate replacement deposits. 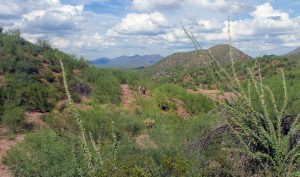 Silver Viper Minerals Corp. [VIPR-TSXV; VIPRF-OTC] has a 100% interest in the La Virginia concessions and an option to acquire a 100% interest in the Rubi-Esperanza group of claims internal to those concessions. The property is an early stage exploration property, targeting a series of laterally extensive intrusive dykes and breccia zones, hosting low-sulphidation epithermal gold-silver mineralization. 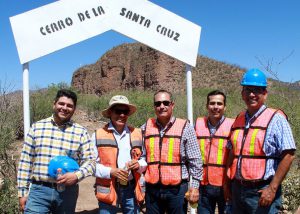 SilverCrest Metals Inc. [SIL-TSXV] hasÂ restarted exploration and development work at its advanced silver exploration Las Chispas Project in Sonora using strict COVID-19 protocols. The company has also released infill and expansion drill results for the Babi Vista vein at Las Chispas. These holes were drilled prior to the company’s suspension of activities due to COVID-19. Results announced have expanded the size of the high-grade footprint for the Babi Vista vein and continue to show higher-grade vein mineralization to depth, including hole BV20-39 with 1.8 metres (estimated true width) grading 11,148 g/t AgEq.

The company also has the Cruz de Mayo projects in Sonora. 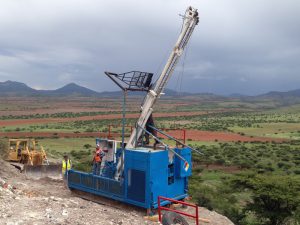 Southern Silver Exploration Corp. [SSV-TSXV; SSVFF-OTCQB; SEG1-FSE; SSVCL-Santiago] has been active on its Cerro Las Minitas Project in Durango for several years. It features a large land position in the prolific Faja de Plata (Belt of Silver) of northern Mexico. Since 2010, Southern Silver has completed surface exploration, airborne and ground geophysics, diamond drilling for 59,912Â metres of coring in 133Â holes. Four new deposits have been identified, as well as multiple high priority drill targets. On MayÂ 9th, 2019, the company released an updated NI 43-101 resource estimate. The property is 40% owned ( and operator) by Southern Silver and 60% by Electrum Global Holdings. 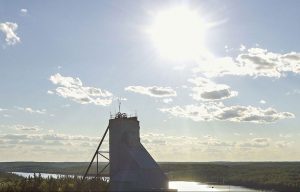 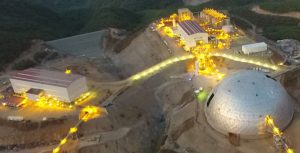 Torex Gold Resources Inc. [TXG-TSX] has resumed full production at its 100%-owned El Limon Guajes Mining Complex in Guererro. The company’s principal assets are the El LimÃ³n Guajes Mining Complex, comprised of the El LimÃ³n, Guajes and El LimÃ³n Sur open pits, the El LimÃ³n Guajes underground mine including zones referred to as Sub-Sill, El LimÃ³n Deep and 71, and the processing plant and related infrastructure, which is in the commercial production stage and the Media Luna deposit, an early stage development project for which Torex has issued a PEA. 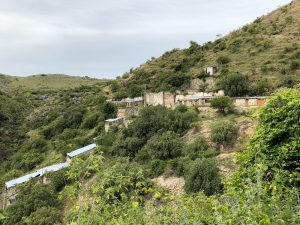 VanGold also holds the Analy I and Analy II as well as the Patito I and II claims, all in the vicinity of Guanajuato.