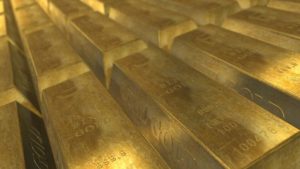 One  of  the  most  widely  read financial analysts over the past half-century was the late Richard Russell,  long-time  editor/publisher  of the Dow Theory Letters. One of his most important investing considerations, that major, long-term markets frequently come in three segments, might be important in our current observations relating to gold and silver.

A look at the long-term gold and silver charts shows an immense bull market lasting from about 1968 through early 1980 which saw gold rise from near US $70 to over $800/oz; a lengthy correction through about 2002 which saw gold fall to near $250; a second enormous bull from 2002 through 2011 which saw gold rise to $1,935; and, finally, a second long-term correction which has now lasted seven years and has seen the price of gold cut by 40% to near $1,200. The great question for us is whether Russell’s concept of a third and final precious metals (PM) bull market will come to pass.

Based on some of the following discussion, I believe that the odds for a third and perhaps the largest of all precious metals bull markets are quite favourable indeed and, in my opinion, perhaps the greatest potential influence which could lead to that third bull market is socialism. Within that concept, it is important to identify that many economic historians have identified two definitions of the term ‘socialism’ and one in particular, F. A. Hayek, Nobel Economics prize winner in 1974, explained that concept in his in his major work, The Road to Serfdom.

In that book, Hayek described the growth of socialism under noted personalities such as Marx, Engels, Trotsky and Lenin who generally supported the definition that socialism meant control of the means of production by government. However, Hayek noted that in more recent years, “…socialism has come to mean chiefly the extensive redistribution of incomes through taxation and the institutions of the welfare state.” I believe his evaluation is correct and that it is this ‘new’ kind of socialism that led to the two previous precious metal bulls and may indeed lead to the third one.

During the first bull, we saw the preceding explosion of the welfare state under President Johnson with the massive expansion of accompanying spending. This, combined with the Vietnam War, led to expanding deficits and rising inflation, ultimately culminating in huge increases in both interest and inflation rates.

During the period 2002-2011, we saw another spurt of growth in government programs with the so-called Great Recession of 2008-09 (GR). In order to fight against the GR, while maintaining important social programs, the Obama Administrations raised unparalleled deficits leading to resultant expectations of inflation (that failed to materialize) which led to our second bull. And now, most recently, I believe a historic growth in the advocacy of socialist economics is building.

For example, there is a sudden surge in calls for a ‘guaranteed basic income’ for everyone. Given the hundreds of millions or even billions of people involved world-wide, the cost could be staggering. Most troubling, the only answers to raising the needed revenues suggested to date are variations on ‘tax the rich’ policies.

Virtually the entire faculties of many liberal arts colleges and universities are dominated by professors who publicly adhere to philosophies of the ‘new’ socialism. This is almost guaranteeing that endlessly growing numbers of new graduates entering into vital public relations careers will be advocating leftist or neo-socialist policies.

Ironically, this remains true despite the evident failures of socialist countries like Zimbabwe or Venezuela where such ideas have been put into practice and where currency destruction, chaos and widespread despair have been the result.

Most recently, one of America’s major political parties has been seemingly undergoing a shift to the radical left. It is worth noting that self-proclaimed socialist, Senator Bernie Sanders, is now the leading Democratic Presidential candidate for 2020 while another hard left candidate, Senator Elizabeth Warren is the second choice. We also note that advocates of even sharper socialist policies such as overt Democratic Socialist newcomer Alexandria Ocasio-Cortez, are rapidly gaining strength.

There are other emerging factors such as powerful neo-socialist environmentalist groups advocating efficiency-reducing regulatory policies. I believe these combine with those factors noted above to raise the probabilities of a dramatic and long-lasting shift toward outright socialism.

If history is a reliable guide, a major shift such as that should lead to spending increases, escalating government deficits, currency creation plus rising interest and inflation – in short, a return to a background similar to those two prior enormous precious metal bulls.

Certainly, an obvious question is ‘when?’ – but the odds of a return for a third major gold and silver bull run appear to be increasing with time. n