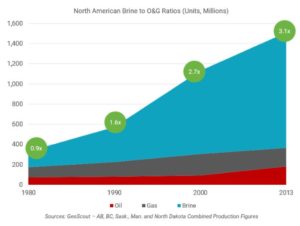 MGX Minerals Inc. [XMG-CSE] said Tuesday May 8 that it has acquired an additional 10,000 acres of oil and gas leases located within the company’s unitized 80,380-acre Blueberry Unit at the Paradox Basin petrolithium project in Utah.

MGX Minerals is a diversified resource company that is focused on the development of large-scale industrial mineral portfolios in specific commodities and jurisdictions that will fuel the new energy economy.

The company says it is uniquely positioned to pursue this strategy as it holds significant interests in lithium, magnesium, and silicon assets throughout North America.

The newly acquired leases in Utah are located within the proposed 3-D seismic geophysical survey area, which is scheduled to start in August and will include 9,000 data points. To date, the company has conducted a paleontology survey and is nearing completion of the archeology survey.

The project is proximate to the Lisbon Valley oil field (also within the Paradox Basin) which has approximately 140 wells and has seen cumulative lifetime production totalling 51.4 million barrels of oil as of June, 2017, according to the Utah Department of Natural Resources, Oil, Gas and Mining Division.

Brine content within the Lisbon Valley oil field has been historically reported as high as 730 parts per million lithium.

The Paradox Basin has been noted by the U.S. Geological Survey as having one of the largest undeveloped oil and gas fields in the United States.

Under the terms of a purchase and sale agreement announced on Tuesday, MGX has the option to earn a net revenue interest on 9,158.4 gross/net acres within the company’s area of mutual interest.

Details of the agreement are as follows:

The MGX project is being simultaneously explored for oil, gas, lithium and other brine materials to determine locations for deployment of the company’s lithium and mineral extraction technology.