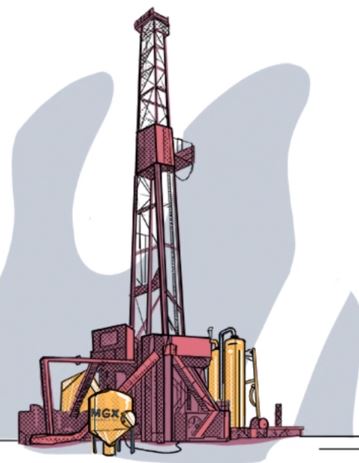 MGX Minerals Inc. [XMG-CSE; MGXMF-OTCQB; 1MG-FSE] is poised to generate revenue from technology that the company says allows for the extraction of lithium from waste water produced by Alberta oil sands operations.

MGX said installation and testing of the NFLI-5 commercial scale rapid lithium extraction system that has been developed in the Calgary laboratories of MGX’s engineering partner PurLucid Treatment Solutions Inc. is now complete.

Revenue from environmental processing of evaporator blowdown wastewater will commence next week, with lithium extraction of post processed clean water to follow shortly thereafter, MGX said in a press release on November 15, 2018.

“On any given day, oil sands producers in Alberta are probably producing more lithium feedstock at a very basic level than all of the lithium companies put together times ten,” MGX Minerals CEO Jared Lazerson has said.

Until now, the problem has been extracting that lithium so that it can be used in the production of lithium-ion batteries that are needed to power some essentials of modern life, including electric vehicles, laptops, smart phones and just about every type of portable device.

Currently, most of it winds up in oil sands waste water.

But MGX and Calgary water treatment company PurLucid Treatment Solutions have joined forces to find a way to extract the lithium and at the same time turn the effluent into usable water.

MGX and PurLucid have integrated their respective technologies and fabricated pilot plants that operate as standalones or can be integrated directly into oilfield operators’ existing infrastructure.

Combined, MGX says this Cleantech process does not require the construction of large, multi-phase, lake sized, lined evaporation ponds, greatly reducing the physical footprint and enhancing the quality of extraction and recovery across a complex range of brines that were previously considered un-processable due to complexity or geographical location outside of solar evaporation appropriate zones.

This includes oil and gas wastewater, natural brine, and other brine sources such as lithium-rich mine and industrial plant wastewater.

The final product is lithium fluoride, which can be refined for use in batteries.

In its November 15, 2018 press release MGX said three additional (2 x 10m3 per hour and 1 x 20m3 per hour) systems will be deployed approximately every other month, during the first half of 2019.

Additional systems may be added to this scheduled as additional wastewater treatment, petrolithium, geothermal and natural mineral brine projects and customers come online.

Meanwhile, the company said it has increased its ownership stake in Purlucid Treatment Solutions to 60%.