Exploration is the critical first stage in mining development. Yet many provinces don’t meet their own guidelines 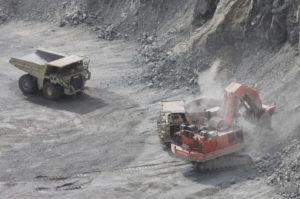 Every year, the Fraser Institute publishes a survey of senior mining company executives that assesses policy environments around the world and the mineral potential of jurisdictions. Those two components are used to create an investment attractiveness index.

One thing miners repeatedly tell us is that they’re concerned about obtaining exploration permits: how long does it take, how certain is the process, how transparent is the process, etc.

That’s why, for the last several years, the Fraser Institute has included a sub-survey examining permit times in Canada, Australia and the United States.

In the 2018 survey, 150 managers and executives (with 65 per cent from exploration companies) answered the permit-time component of the larger mining survey. These responses allowed eight Canadian jurisdictions to be assessed: Ontario, Quebec, Manitoba, Saskatchewan, British Columbia, Yukon, the Northwest Territories and Nunavut.

The clear winner on swift permitting was Saskatchewan, with 100 per cent of respondents receiving permits in six months or less.

Among the three provinces that attract the majority of Canadian exploration spending on base metals and precious metals – B.C., Ontario and Quebec – the results are mixed.

For example, in Quebec (45 per cent) and Ontario (28 per cent), a higher percentage of respondents indicated they expected it to take two months or less to acquire necessary exploration permits compared to only nine per cent of respondents in B.C.

n fact, B.C. underperforms all of its competitors in Canada on timeliness, with the lowest percentage of respondents (45 per cent) among the three provinces indicating they expected to spend six months or less acquiring the necessary permits.

The permit time survey also looked at whether things were taking less time or taking longer. Canadian jurisdictions reported lengthening wait times over the last 10 years, with 65 per cent of respondents from B.C., Manitoba, Nunavut, Ontario and Yukon reporting lengthened timelines. The Northwest Territories, Quebec and Saskatchewan reported shortened permit times or that they basically stayed the same over the past decade.

The last component of the permit time survey is the question of timeline certainty (or uncertainty). Respondents were asked how often their jurisdiction met its own established timelines/milestones for permit approval decisions.

Half or more of the respondents to this question in B.C., Nunavut and Manitoba reported their permitting authority failed to meet its established timelines about half the time.

Again, Saskatchewan has bragging rights, with all respondents reporting that the official timelines and milestones were met between 80 and 100 per cent of the time.

Exploration is the critical first stage in mining development. Long and uncertain permitting processes risk gumming up the process. As the Prospectors and Developers Association of Canada (or PDAC) observes, exploration projects are the “headwaters” of the mining industry. Broad exploration is important, since “out of a thousand exploration projects, only one might eventually turn into an operating mine.”

The Fraser Institute survey offers mining regulators a roadmap to improve their permitting processes and accelerate exploration in their jurisdictions. For the sake of finding future mines, regulators should pay close attention to what miners are telling them.