Investing in mineral exploration companies is risky, giving the junior space some of the highest odds outside a lottery ticket. Yet now and then a company comes along like Monarch Mining that could defy the odds, rally on the strength of a mineral find, be snapped up in a takeover, and the investors walk away with their pockets lined in gold. 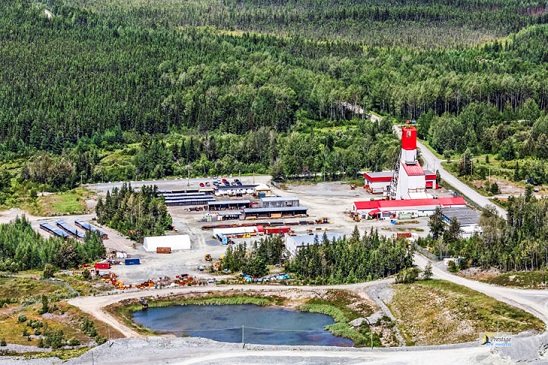 Monarch Mining [TSX:Â GBAR; OTCQX: GBARF] is in an enviable position to beat the high-risk odds of investing in mineral exploration companies. Â The company has a near-term gold mine that could produce ample cash flow, a fully permitted 750 tonne per day mill, and three advanced-stage gold properties with proven gold resources. All are located in the Abitibi Greenstone Belt, which extends in an east-west direction for over 500 kilometres from northeast Quebec to the west of Timmins, Ontario, and is considered one of the richest mining regions, and one of the largest greenstone belts in the world.

Over and above the company’s hard assets, Monarch Mining also has a management team with a long record of previous successes-a key factor investors should consider when investing in any mineral exploration company according to most investing advisors.

“A major part of an exploration company CEO’s job is to minimize the risks within his control and make money for investors. I’m always thinking about an exit strategy, one that rewards my shareholders with great returns for being willing to take the risk,” says Jean-Marc Lacoste, President and CEO of Monarch Mining. 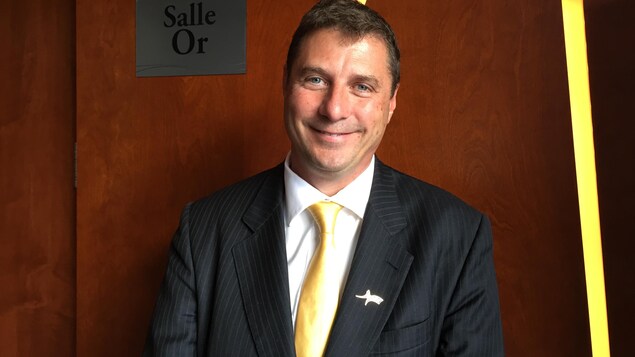 Lacoste is a man who can put his money where his mouth is, he already has a track record of paying his investors handsomely. He sold Golden Goose Resources to Prodigy Gold and was subsequently acquired by Argonaut Gold [TSX: AR] for C$341 million in 2012, and last year he sold Monarch Gold to Yamana Gold [TSX: YRI] for $61 million in cash and $91 million in shares, reflecting a return of five times in under four years. Now, Lacoste is at it again, spinning out Monarch Mining [TSX: GBAR] with four advanced-stage gold assets and the fully permitted Beacon mill.

Monarch Mining considers itself is a fully-integrated mining company because of its project pipeline that ranges from near-term gold production at its fully permitted Beaufor Mine to advanced exploration at its three gold projects, Croinor, McKenzie Break, and Swanson, totaling 274 square kilometers of property. In addition, the company owns the fully permitted Beacon Mill which is 10 kilometers from the Beaufor mine and close enough to Croinor, McKenzie Break, and Swanson to process gold. 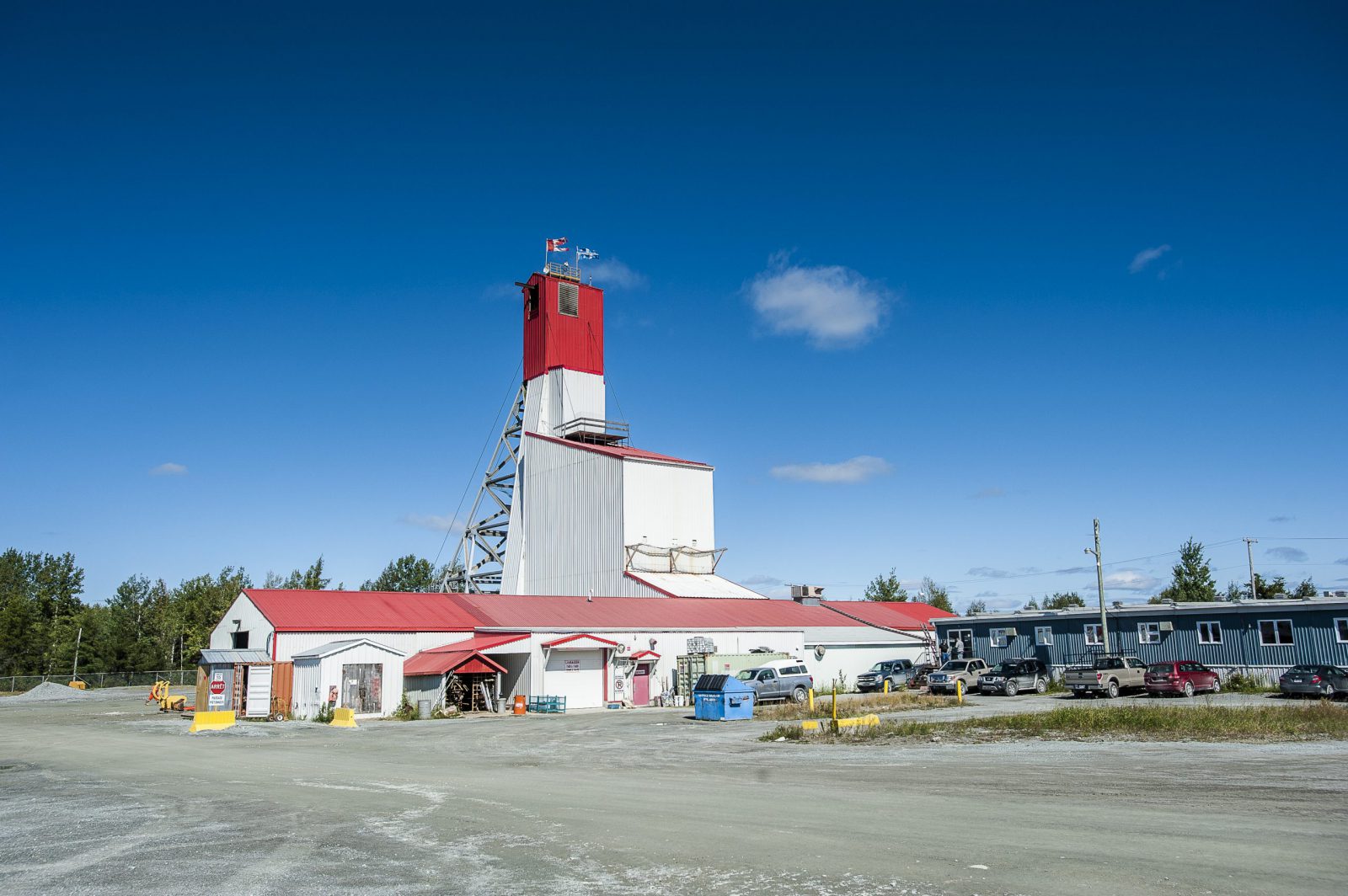 “The â€˜pause for breath’ last year not only allowed for a substantial reserve drilling to better define the mine life extensions but enables a â€˜clean slate’ of ideas, staff, and the future, opening the door to a doubling of mining rates,” Brock Sailier wrote in a recent Sprott Securities Equity Research report.

Similar to other projects in the region, gold mineralization at the Beaufor Mine occurs in veins associated with shear zones. Vein thicknesses range between five centimeters and five metres, and typically fall between 30 centimetres and 120 centimetres. These veins typically extend over 300 metre strike and 350 metre in depth. Certain larger veins extend over a strike of over 700 metres. 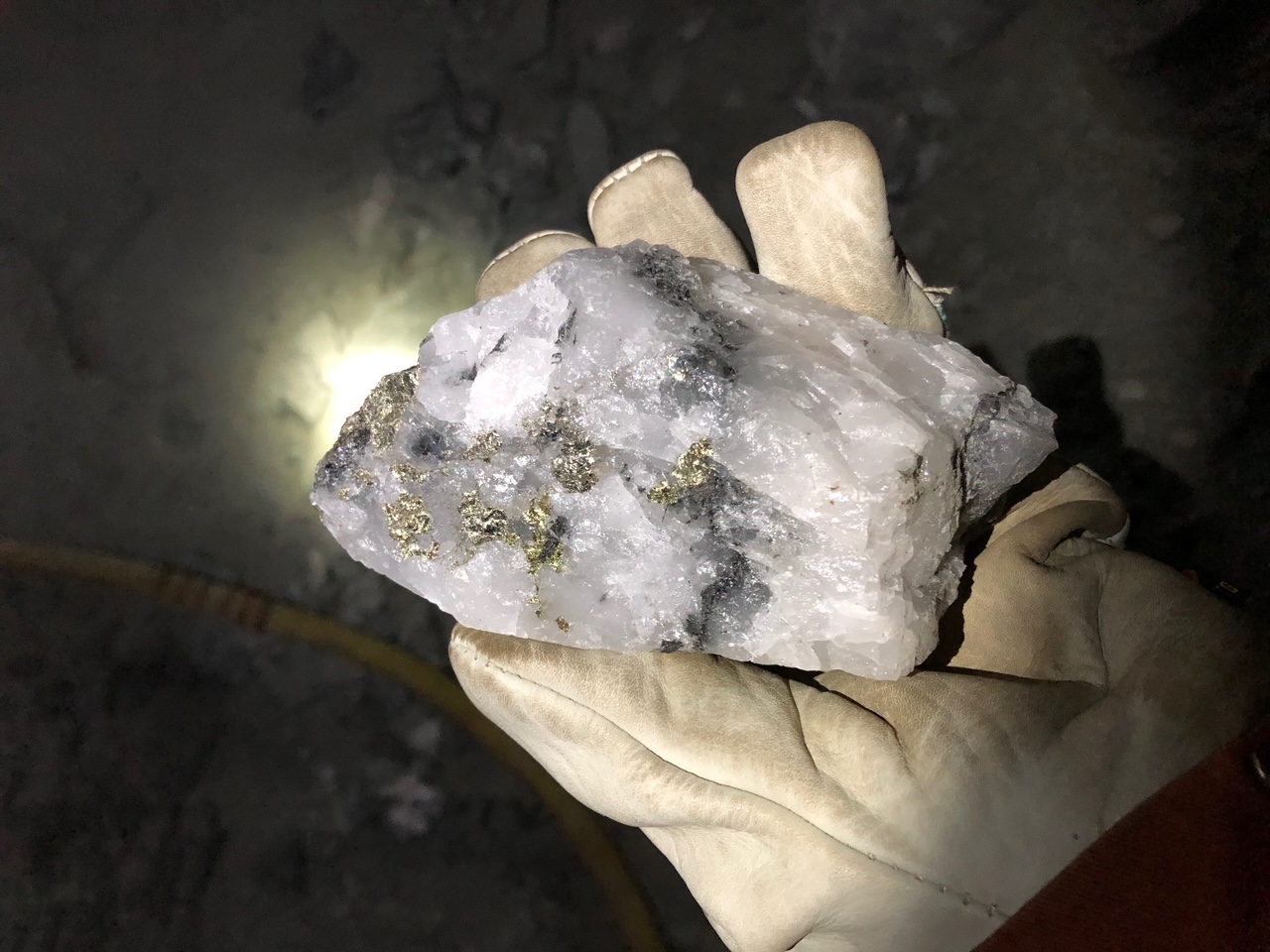 “Near-surface lodes will likely add ounces, add short-term TPD increase with a second mining centre as mining continued at the shaft-constrained 400tpd mine-bottom area. However, in a new development, we think near-surface development can carry on all the way to existing ~900m mining depths. Once there, that provides a second egress to allow continued 750tpd production as deep as the ore body goes, and what most investors already know is – Val d’Or mines go very deep, hence this short-life 30,000 oz asset could well end up as a long-life 60,000 oz per-year-producer,” says Sailier.

According to Sid Rajeev, Head of Research at Fundamental Research Corp., “Ore will be processed at the Beacon mill at a rate of 500 tonnes per day, we estimate the mine has potential to produce over 30,000 ounces per year.” 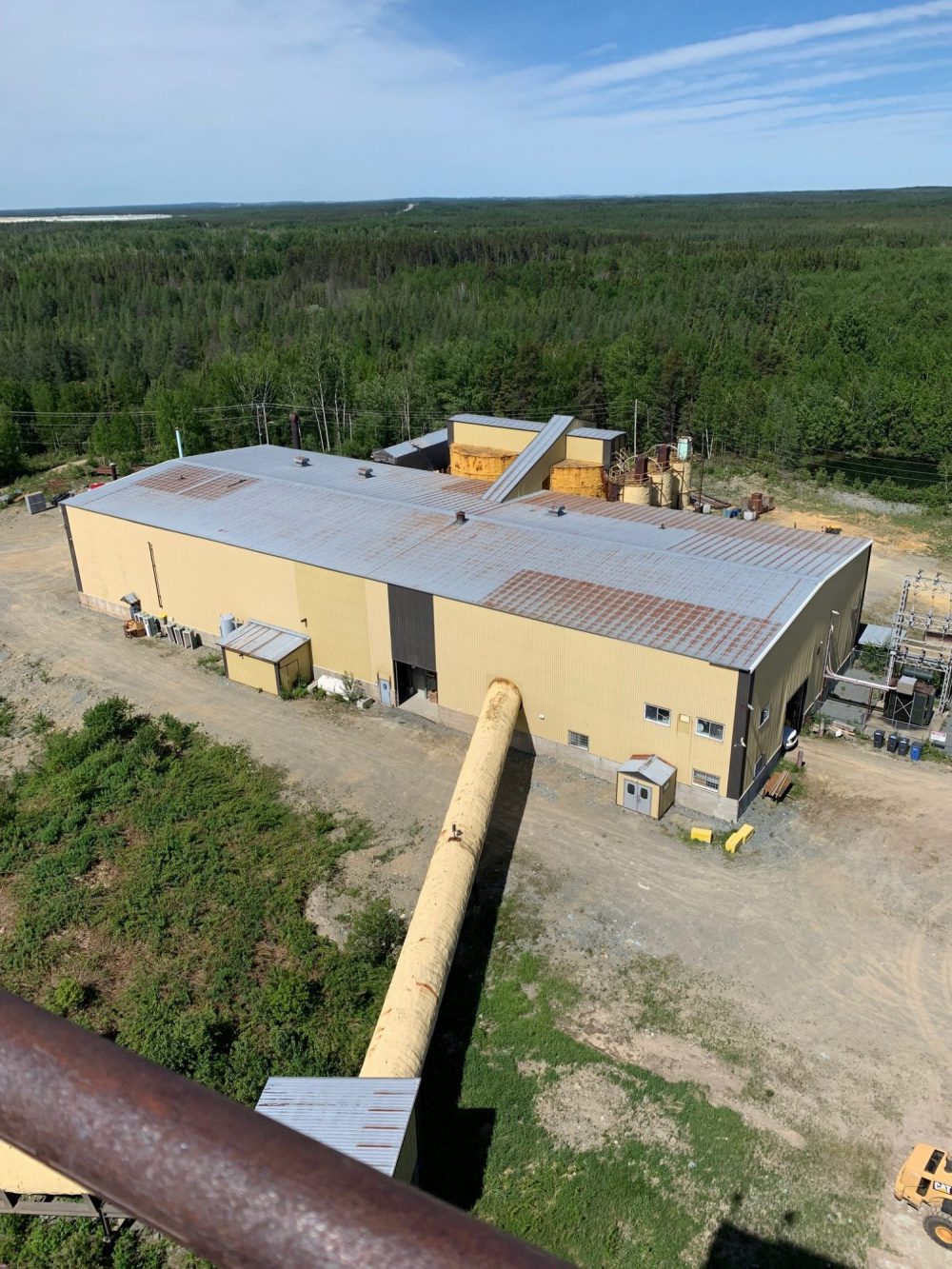 Laurentian Bank Securities Jacques Wortman says “Assuming 400 tonnes-per-day ore throughput, the Beaufor mine potentially can produce in the order of 30,750 ounces per year. If we assume that the Croinor Gold project could fill the balance of the Beacon mill’s 750 TPD capacity, GBAR’s production potentially increases to approximately 55,500 ounces per year.”

“Ever since the mine was temporarily closed in 2019, our goal has been to restart the mine to create long-term value and good-quality jobs in the Abitibi region. We still believe that the Beaufor Mine has excellent gold potential in the vicinity of the existing mineralized envelope and at depth, and we are confident of realizing its full potential,” said Lacoste.

While the company is taking a risk on recommissioning the mine without a bankable feasibility study in hand, Lacoste is enthusiastic.

“I guess for the most part it will be a wait and see, but I don’t think investors will have to wait too long,” says Lacoste.

Monarch’s financers appear to agree with his view. The company has C$42 million in cash and cash equivalents in the treasury.Â  In July 2021, raised $11.25 million through a royalty share agreement with Gold Royalty [NYSE: GROY] who will get $2.50 per tonne royalty on all material processed through the Beacon mill originating from the Beaufor mine operations; and a 2.5% net smelter return royalty on each of the Croinor Gold, McKenzie Break and Swanson properties, of which half (1.25%) can be bought back by Monarch for $2 million per property in the future, subject to certain conditions being met.

In another recent deal, Monarch Mining secured a three-year $13.5 million senior secured term loan agreement with Investissement QuÃ©bec that bears interest at an annual rate of six percent until the restart of the Beaufor Mine and Beacon Mill, five percent during the first year of production and four percent for the subsequent years.

Three other advanced gold properties round out Monarch’s portfolio. Including the most advanced, the 151.8 square kilometre Croinor Gold property, which is fully permitted and 57 km east of Val-d’Or. The project includes four primary properties – Croinor, Croinor-Pershing, Lac Tavernier, and Bel-Rive, but Croinor has been the main focus and is comprised of 60 to 120 metre- long gold-rich lenses. Approximately 40 gold-rich lenses have been identified. 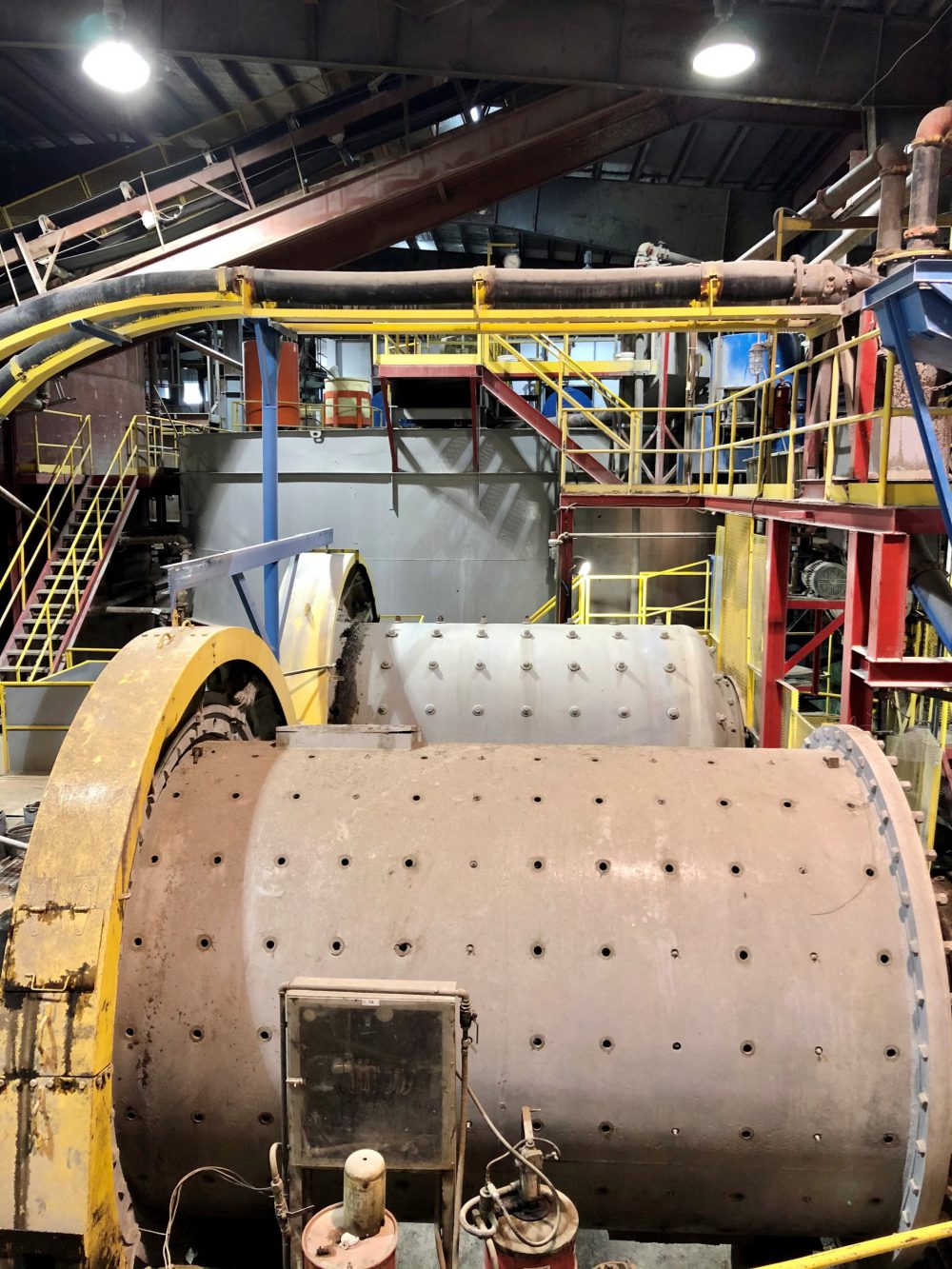 A second property, the 70.5 sq km McKenzie Break was acquired from Agnico Eagle (NYSE: AEM) in 2017. The property is just 20 kilometers north of the Beacon mill, and 35 km north of Val-d’Or. It has surface and underground infrastructure, including a ramp to a depth of 80 metre below the surface. An updated resource, completed in February 2021, showed 146,000 oz (2.5 gpt) Measured and Indicated, and 251,000 oz (2.3 gpt) inferred, from both open-pit and underground resources. The underground resource has a higher grade of 4 to 5 grams per tonne.

Finally, Swanson a 51.3 sq km property also acquired from Agnico Eagle in 2017 is 65 km from the Beacon mill. A railway track crosses the property. The project has a 500 metre ramp down to a depth of 80 metre. A recently completed resource update (based on 209 holes) showed 114,000 oz (1.8 gpt) in Measured and Indicated, and 10,000 oz (2.8 gpt) in inferred resources, mostly open-pit. The deposit is estimated to be 500 metre strike, 400 metre wide, and 500 metre deep. Management has not announced any immediate plans for the property.