Monarch Mining Corporation (“Monarch” or the “Corporation”) (TSX: GBAR) (OTCQX: GBARF) is pleased to announce the second set of results from its 2021-2022 drilling program on its wholly-owned Swanson gold project, located 55 kilometres northeast of Vald’Or, Quebec. The Swanson property comprises a contiguous group of 127 map-designated claims and one mining lease covering an area of 5,125.8 ha. The project is also located 50 kilometres north of Monarch’s wholly owned 750-tonne per day Beacon mill. This is the first drilling done on the property since Monarch Gold acquired it from Agnico-Eagle Mines in 2017. These positive drill results have encouraged Monarch to continue testing the extensions of the gold mineralization along strike and at depth. Monarch reported the results for the first seven holes of the program, which included 27.79 g/t Au over 10.18 m in hole SW-22-006, in a press release dated March 30, 2022.

“This drilling program on Swanson continues to return very wide mineralized zones, indicating that there is a lot of gold in the system and confirming our initial observations that the deposit, which remains open down-dip and down-plunge, could be significantly expanded,” said Jean-Marc Lacoste, President and Chief Executive Officer of Monarch. “We are pleased with this second batch of assay results, which includes both significant widths and high-grade subintervals. We are confident that the ongoing drill program, which we have now increased to 13,000 metres, will continue to generate positive results.”

Drill results are obtained by sawing the drill core into equal halves along its main axis and shipping one of the halves to ALS Canada in Val-d’Or, Quebec, or AGAT Laboratories in Mississauga, Ontario, for assaying. The samples are crushed, pulverized and assayed by fire assay, with an atomic absorption finish. Samples exceeding 10 g/t Au are re-assayed using the gravity method and samples containing visible gold are assayed using the metallic screen method. Monarch uses a comprehensive QA/QC protocol, including the insertion of standards, blanks and duplicates.

About the Swanson property

Monarch holds a 100% interest in the Swanson property, which consists of one mining lease and 127 claims covering over 51.26 km2. A NI 43-101 mineral resource estimate for the Swanson property was prepared for Monarch by InnovExplo in January 2021. The estimate is based on a database of 209 drill holes (146 surface holes and 63 underground holes) and 10,000 assays. The mineral resource was estimated using a minimum cut-off grade for two combined potential extraction scenarios: constrained pit and underground. Cut-off grades of 0.75 g/t Au for constrained pit and 2.40 g/t Au for underground were defined based on a gold price of CA$2,160 and an exchange rate of 1.34 USD/CAD.  The independent and qualified persons for the mineral resource estimate, as defined by NI 43101, are Christine Beausoleil, P.Geo., and Alain Carrier, P.Geo., of InnovExplo. The technical report summarizing the results of the mineral resource estimate can be viewed on Monarch’s website.

The Swanson deposit is interpreted as an intrusive-associated disseminated gold deposit located along a major regional structure. The gold mineralization is typical of other structurally controlled gold deposits associated with felsic intrusions. The deposit measures approximately 350 m along strike by 150 m wide and has currently been tested to a depth of 400 m.

Table 3: Combined resources by category for the Swanson deposit at the selected cut-off grades

The technical and scientific content of this press release has been reviewed and approved by Louis Martin, P.Geo., the Corporation’s qualified person under National Instrument 43-101.

Monarch Mining Corporation (TSX: GBAR) (OTCQX: GBARF) is a fully integrated mining company that owns four projects, including the Beaufor Mine, which has produced more than 1 million ounces of gold over the last 30 years. Other assets include the Croinor Gold, McKenzie Break and Swanson properties, all located near Monarch’s wholly owned 750 tpd Beacon Mill. Monarch owns 29,504 hectares (295 km2) of mining assets in the prolific Abitibi mining camp that host a combined measured and indicated gold resource of 478,982 ounces and a combined inferred resource of 383,393 ounces. 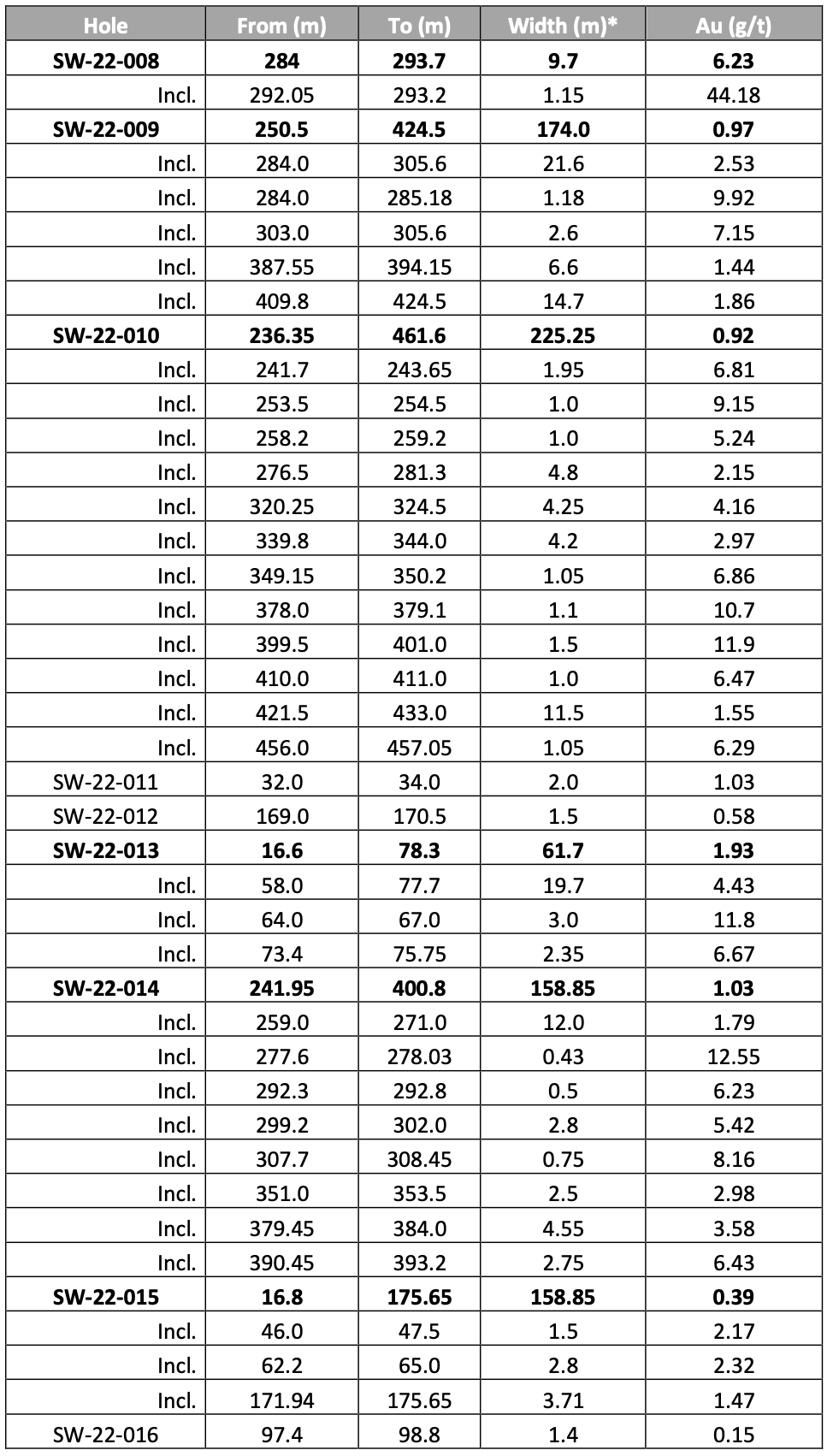 *The width shown is the core length. True width is estimated to be between 60% and 70% of core length. 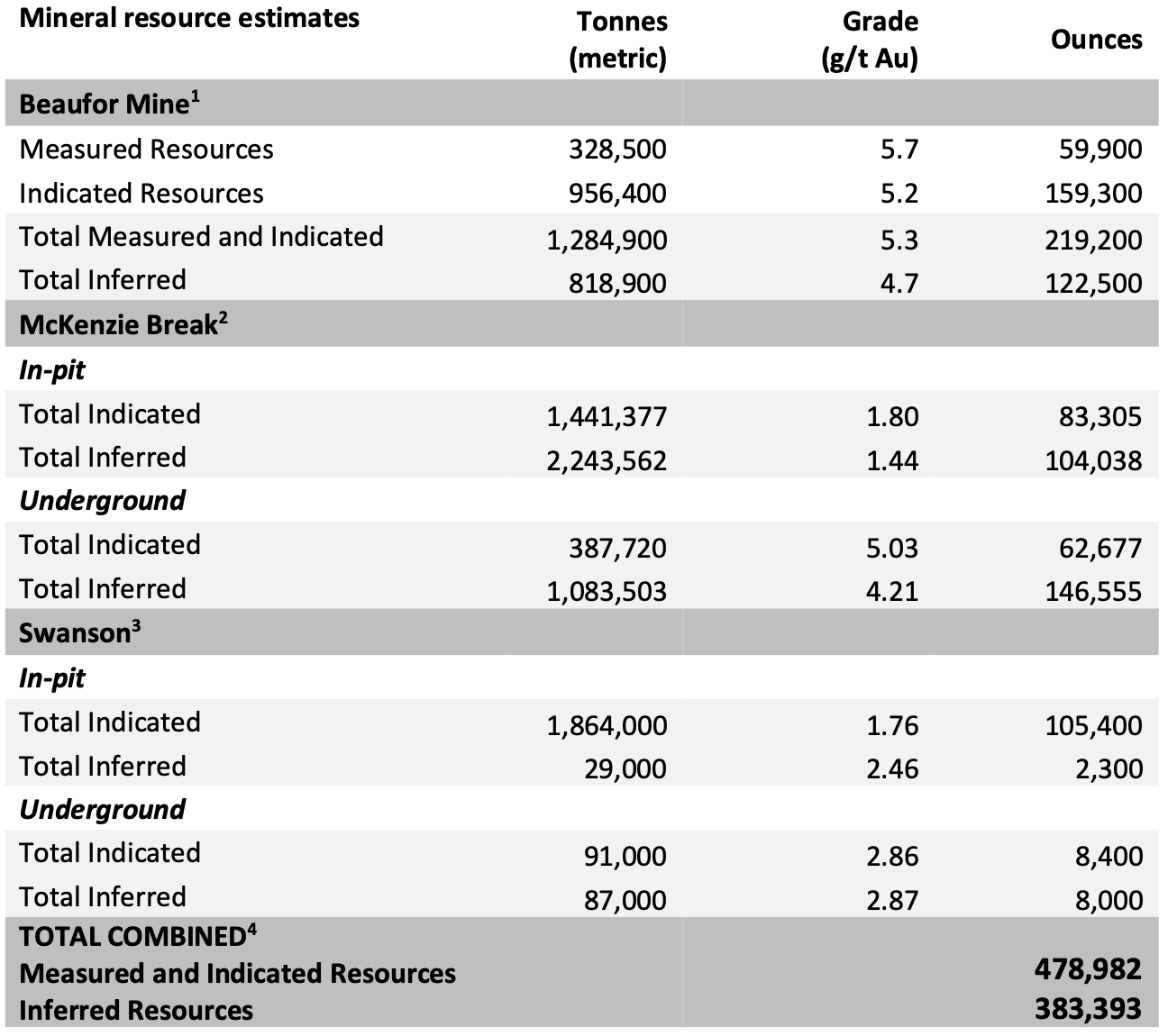 4 Numbers may not add due to rounding.

2 Numbers may not add due to rounding. 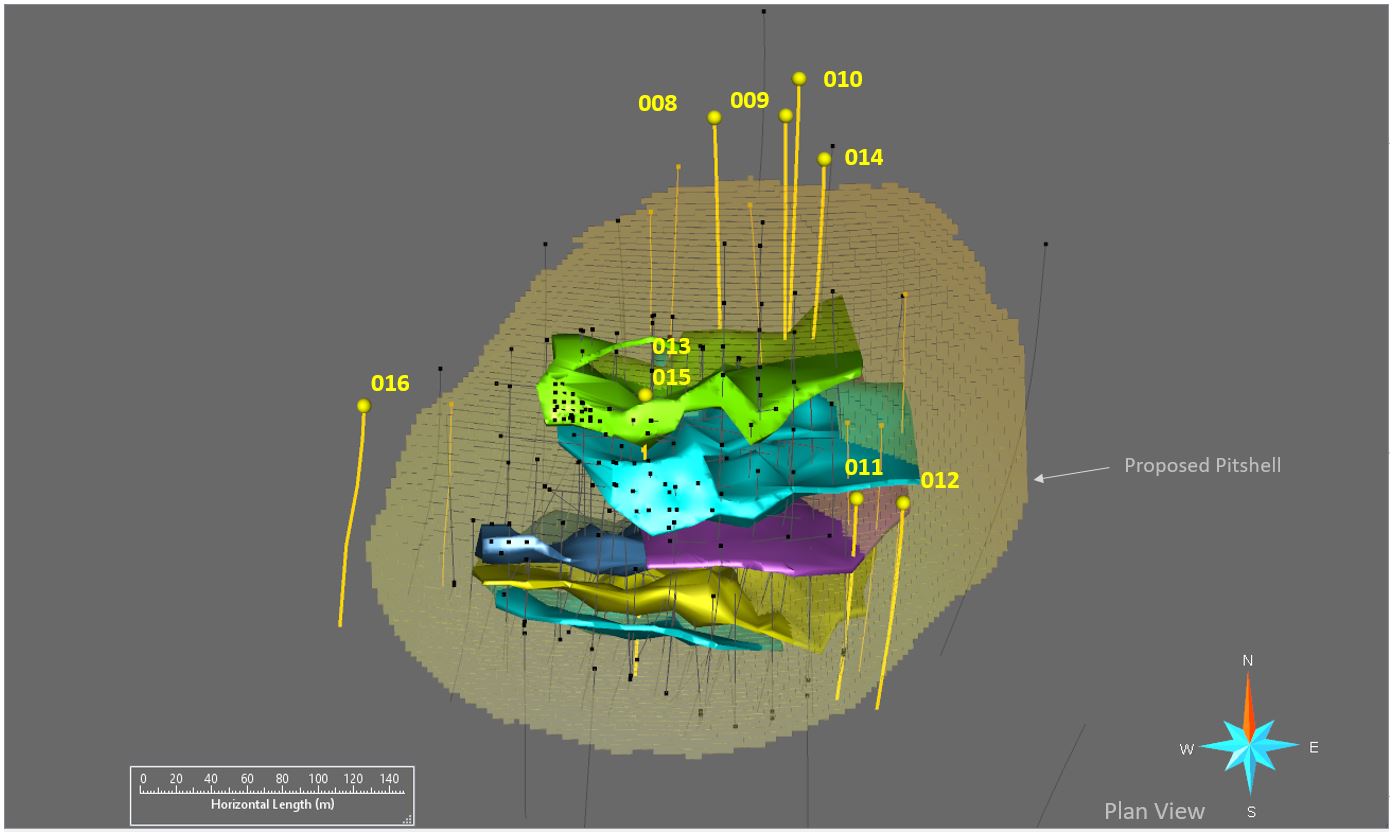 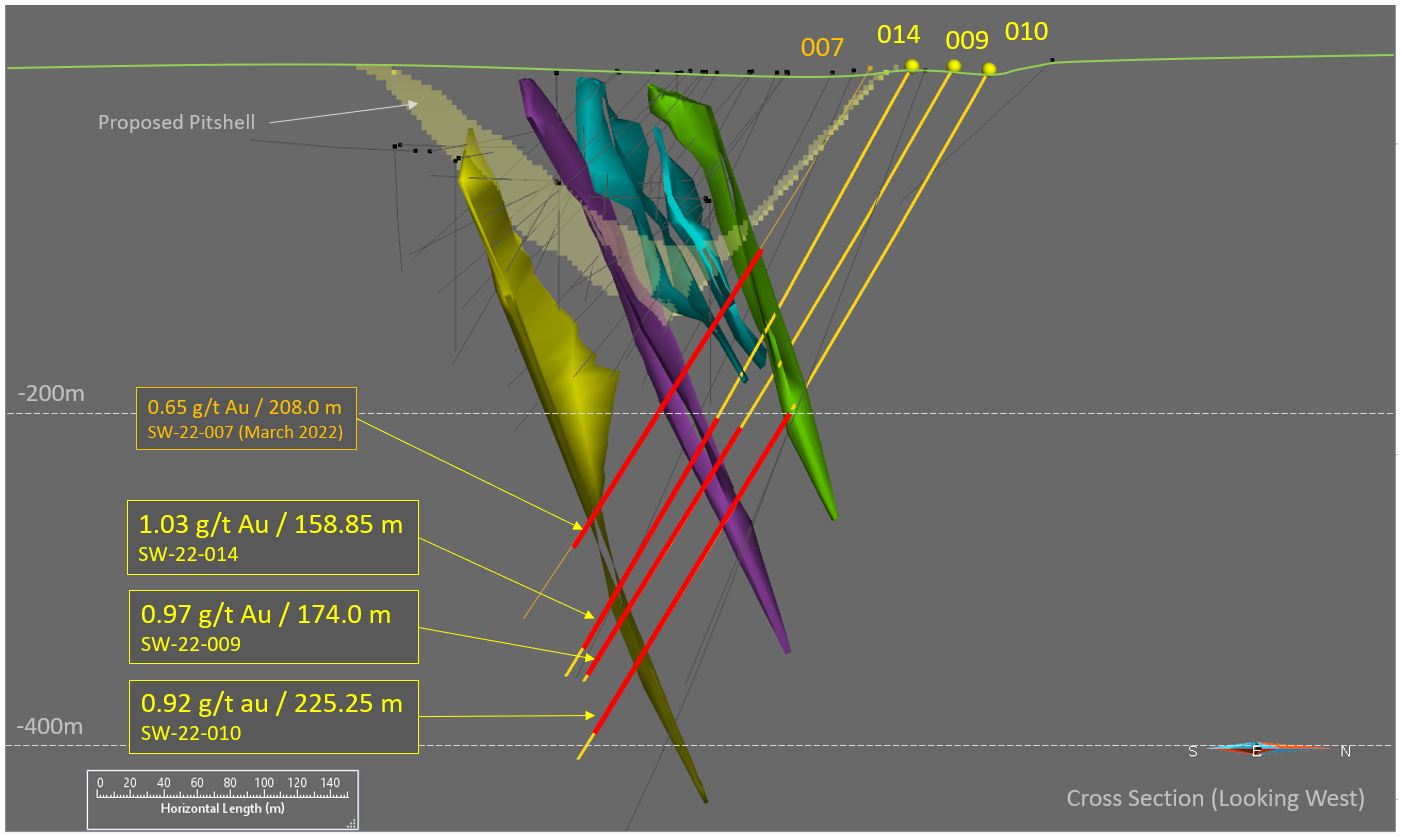