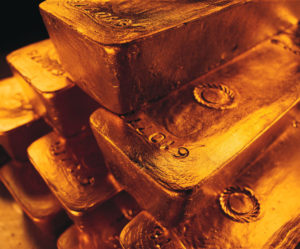 If we experience a debt crisis, as many economists believe is inevitable, many people believe that their holdings of gold and silver bullion will be confiscated, just as in 1933. This article reviews the probability of confiscation and compares it to other more likely measures to generate government solvency.

An appropriate starting point when addressing concerns about gold confiscation is to define the word ‘confiscation.’ Merriam Webster says ‘to seize or buy as if by authority’ and ‘to seize without compensation as forfeited to the public treasury.’ Almost without exception, it is expropriation that is the actual risk, not confiscation. Confiscation, as in forfeiture, is usually the result of theft, treason, insurrection, war or genocide. Expropriation is defined as ‘to take (property) of an individual in the exercise of state sovereignty’ (Merriam Webster). The key difference between confiscation and expropriation is the appropriate compensation of the individual for the transfer of his or her property.

For the person thinking “I’m not convinced that a confiscation won’t happen, I’ve heard that the United States confiscated gold in 1933,” this is hearsay, not the truth. To put the events of 1933 into context, consider that, from 1900 until 1933, a US dollar was convertible into gold at a ratio of $20.67 per ounce, even through the depths of the Great Depression. Because of the hardship of the Depression, there were bank runs and bank failures and, as people lost all confidence in the US dollar, gold could not be obtained for its fixed price of $20.67. Recognizing that lack of confidence in the dollar was an enormous problem, and with the government’s hands tied regarding printing additional currency to alleviate the currency shortage and lack of dollars in circulation, President Franklin D. Roosevelt took drastic action, and did three things. He eliminated the convertibility of the dollar into gold, making the ownership of gold coins and bullion illegal for US citizens anywhere in the world; after obtaining all the gold he was likely to get, he changed the fixed price of gold to $32.32; then later changed it to $35, a nearly seventy percent devaluation of the dollar.

Having made the ownership of gold coins and bullion illegal, US dollars were tendered at Federal Reserve member banks when citizens surrendered their gold, which was intended to be and worked as a marginal increase of the gold reserves. This in turn allowed an increase of dollars that could be printed. This was a legal expropriation. The full dollar value of gold provided to those citizens at the time of surrender was $20.67- the official exchange rate. This was certainly unpleasant, given the threat of steep fines and ten-year jail terms for failing to comply. Afterwards the US dollar was devalued $35 per ounce, but it was still far from confiscation without compensation.

In Canada and other western countries, no confiscation or expropriation has ever been enacted, and the US expropriation did not apply to silver and platinum.

In practice, this accomplished the following ‘desirable’ result from the perspective of the administration: with the devaluation of the dollar against gold, more dollars could immediately be printed legally within the parameters of the gold standard. This additional printing alleviated the desperate shortage of currency in a time of dire need.

The current US government holdings of 8133.46 tonnes of bullion would be worth about $326.9 billion if valued at today’s $1,250 dollars per ounce. On the books it is still valued at the final fixed price of $42.22 cents per ounce, as it was during President Nixon’s era, or a touch over $11 billion dollars. Estimated private holdings of 47 million ounces represents a modest $58.5 billion. Contrast these numbers with epic US deficit spending, where in August 2016 alone we saw $107 billion in deficit expenditures, and the futility of a gold expropriation becomes clear.

All of that being said, can a gold expropriation happen today, and if not, what could happen today?

As we have seen historically, increased taxation is always the ‘go to’ for a government seeking to increase its revenues and reduce its deficit. Language such as seeking to ‘increase taxes on the rich,’ ‘closing loopholes,’ and ‘repatriating overseas corporate profits’ have all been in the news during the 2016 presidential campaign, with a side offering promise to ‘eliminate government waste’ and ‘reduce entitlements.’ In this regard, the likely adjustments would be to the tax regimes currently in place. For example, increased taxation of the ‘Carried Interest’ benefit most often utilized by hedge fund managers would yield $18 billion over ten years per Obama’s 2015 tax proposal; and an adjustment or elimination of mortgage interest deductibility may increase revenue by $70 billion annually. Finally, it would be a simple matter to limit or cease to increase the annual amount of tax-advantaged savings plans: IRAs or 401(k)s (the equivalent of TFSAs and RRSPs, respectively), which may generate further revenue.