A claim staking rush has been taking place by numerous junior exploration companies in the large southwest to northeast-trending region known as the Central Newfoundland Gold Belt (CNGB) that stretches almost across the entire island of Newfoundland – almost 250 km in length.

The most advanced project is Marathon Gold Corp.’s [MOZ-TSX] 100%-owned Valentine Gold Project 55 km southwest of Buchans that comprises a series of mineralized deposits along a 20-kilometre trend. A March 2021 positive Feasibility Study outlined an open pit mining and conventional milling operation over a 13-year mine life. This will be the largest gold mine in Atlantic Canada.

Sky Gold Corp. [SKYG-TSXV] is exploring its Mustang Project in east-central Newfoundland that hosts the Outlaw prospect comprised of the Mustang and Piper mineralized zones adjacent to New Found Gold’s intercept of 92.9 g/t gold over 19 metres.

The 876 km2 newly acquired claims cover a large portion of the Mount Peyton Intrusive and Gabbroic Complex between New Found Gold’s Keats Zone and Sokoman Minerals’ Moosehead discovery. The claims were staked by and optioned from prospector Shawn Ryan and Wildwood Exploration Inc. whose extensive area research has recently led to a new understanding of the potential of the under-explored Mount Peyton Intrusive.

Sokoman Minerals Corp. [SIC-TSXV; SICNF-OTCQB] has intersected additional high-grade gold mineralization at both the Eastern trend and South Pond zones during its Phase 6 drilling at the 100%-owned Moosehead property in central Newfoundland. Sokoman recently executed two property option agreements on behalf of the strategic alliance between the company and Benton Resources Inc. [BEX-TSXV; BNTRF-OTC] to add additional mineral claims to the Grey River gold property. Both Sokoman and Benton have other properties in Newfoundland.

Anaconda Mining Inc. [ANX-TSX] has an exploration program for summer and fall 2021 near the company’s 100%-owned Point Rousse operation in the Baie Verte mining district.

Canstar Resources Inc. [ROX-TSXV] has an option to acquire a 100% interest in the Golden Baie Project, a 62,175-hectare claim package with recently discovered, multiple outcropping gold occurrences on a major structural trend in south Newfoundland.

The above companies are not the only explorers targeting the Central Newfoundland Gold Belt.Â  Considering the fact that the belt trends across most of the island, suffice to say that the Newfoundland Gold Camp is shaping up to be a major mining camp in this most favorable of mining jurisdictions. 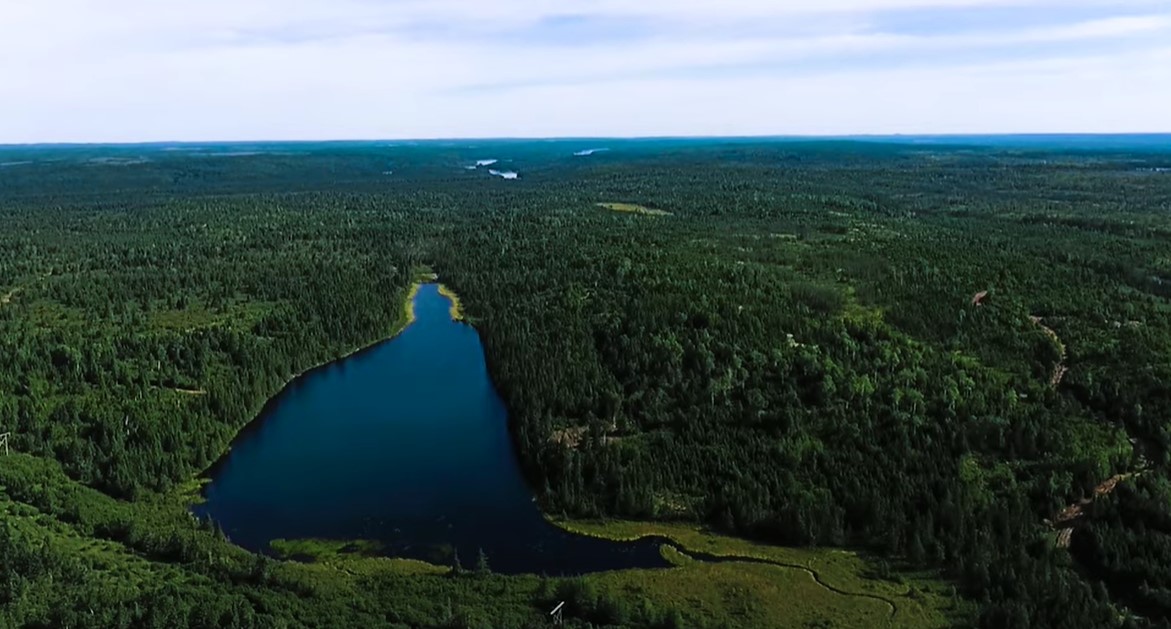 Backed by investor groups that include Canadian financiers Eric Sprott and Robert McEwen, the junior company raised $31.4 million last year from an initial public offering priced at $1.30 per share. 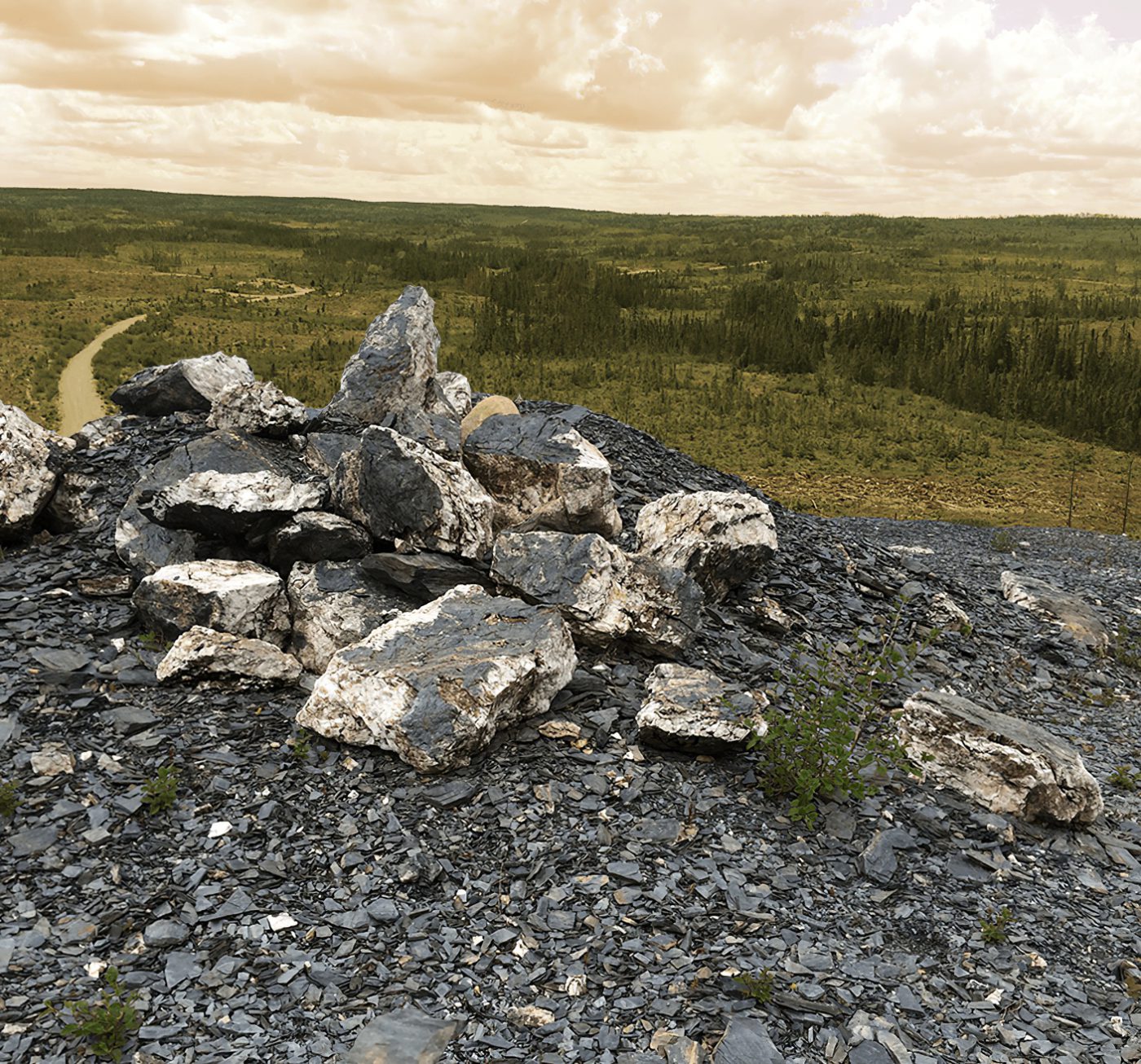 New Found Gold is now fully focused on the flagship Queensway project and is engaged in a 200,000-metre drill program that is currently utilizing eight drills, a number that will increase to 10 by the end of 2021.

It is well funded for this program with a working capital balance of approximately $82 million.

Queensway is host to an extensive epizonal orogenic gold system, one that is capable of generating very high-grade gold mineralization. Comparisons have been made to mineralization found in the high-grade Swan Zone at Kirkland Lake Gold Ltd.’s [KL-TSX, NYSE, KLA-ASX] Fosterville mine in Victoria, Australia.

This similarity was recognized by Dr. Qunton Hennigh during his initial review and site visit in January, 2020. Dr. Hennigh is a director of New Found Gold and Founder, Chairman and Director of Novo Resources.

The Queensway property consists of 86 mineral licenses, including 6,041 claims, comprising 151,030 hectares of land located near Gander. It is intersected by the Trans-Canada Highway and has logging roads crosscutting the property, high voltage electric power lines running through the project area, and easy access to a skilled workforce.

The project is divided by Gander Lake into Queensway North and Queensway South.

The company acquired the property rights by map staking mineral licenses and making a series of staged payments in cash and common shares from 2016 to 2019 under nine separate option agreements.

The high-grade discoveries at Keats, Lotto and Golden Joint have each been made by following up on lower grade intervals of gold mineralization from initial drilling in the target area. There are now more than 15 additional areas along the Appleton fault that have returned significant gold mineralization that management believe are prospective for high-grade epizonal discovery. “We are continuing with interpretation work and additional drilling in the pursuit of finding additional zones of high-grade epizonal style gold along 7.8 kilometres of strike along the Appleton Fault Zone,” Founder and President Denis Laviolette recently stated.

In a June 30, 2021 press release, the company announced assay results from four holes drilled on the Golden Joint zone, a brand new discovery located approximately 1.0 kilometre north of the Keats Zone and approximately 850 metes south of the Lotto Zone.

In a July 6, 2021, update on drilling at the Appleton Fault Zone, the company said total of 267 holes covering approximately 61,700 metres of drilling has been completed to date, representing 31% of the planned 200,000 metre program. Results for 150 holes totaling approximately 34,200 metres have been received and reported to date.

New Found Gold has a second project, the Lucky Strike, which covers 10,000 hectares in the heart of the Abitibi Greenstone belt near Kirkland Lake, Ontario.

The project is adjacent to the Upper Beaver and Upper Canada past producing mines held by Agnico-Eagle Mines Ltd. [AEM-TSX, AEM-NYSE] and containing a current resource of over 3.0 million ounces of gold, having produced over 1.5 million ounces.

The project contains the past producing Walsh Mine and two exploration shafts at the Copper King and Norwood Kirkland. 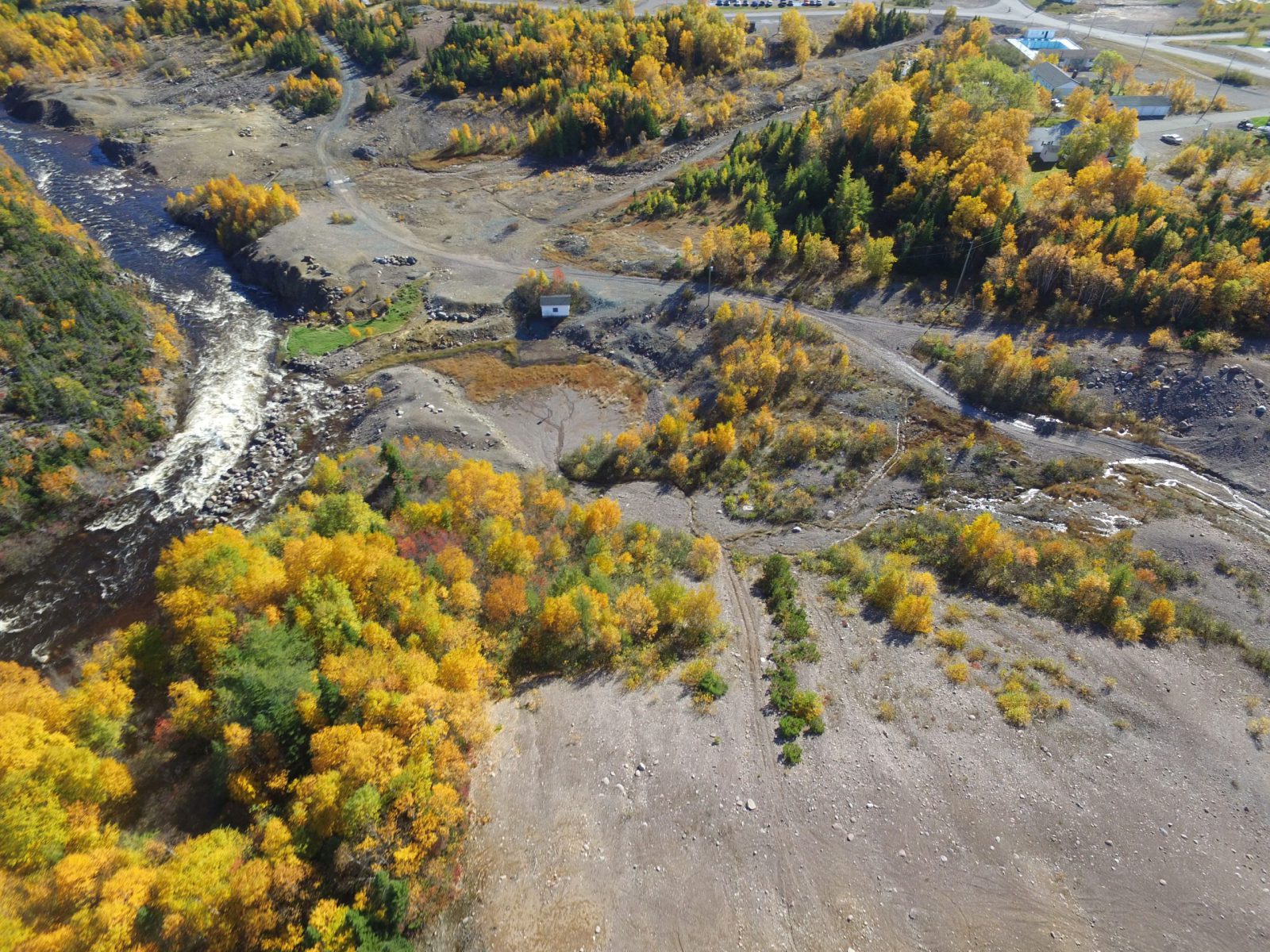 Canstar’s key asset is an option to acquire a 100% interest in the Golden Baie Project, a district-scale gold property with numerous gold occurrences located over a 40-kilometre strike length in south Newfoundland. It is a huge land package that has seen very little exploration the last 30 years.

Covering 62,175 hectares, Golden Baie is typical of productive Paleozoic orogenic gold deposits worldwide with a style of mineralization that is similar to that of Kirkland Lake Gold Ltd.’s [KL-TSX, NYSE, KLA-ASX] Fosterville deposit in Australia, where visible gold is found as disseminated fine specks of gold within quartz veins, as well as New Found Gold Corp.’s [NFG-TSXV] Queensway project in central Newfoundland. 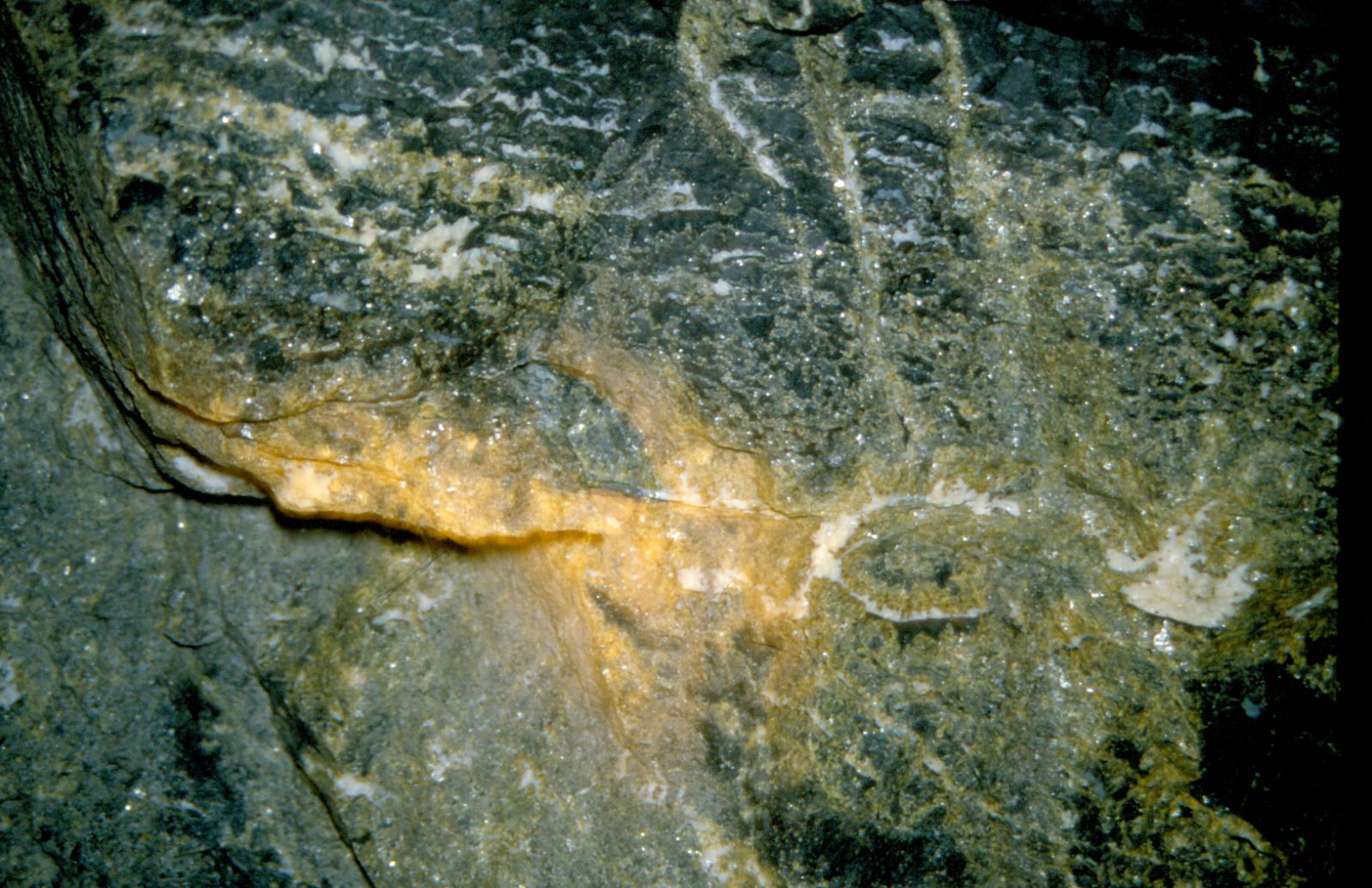 “There is a lot of [surface] gold there over a large area and we just need to identify the structures controlling that mineralization in the ground,” said Bruggeman during a recent interview.

Canstar secured the option in August, 2020, under an agreement with Altius Resources Inc. [ALS-TSX] (and other arms-length parties), which currently has a 9% interest in Canstar. Lawrence Winter has been vice-president, exploration at Altius since 2006.

Canstar also holds the Buchans-Mary March polymetallic project and other mineral exploration properties in Newfoundland. Buchans-Mary is located in central Newfoundland, 20 kilometres northeast and within the same geological group of rocks that host the former Buchans Mine.

After completing initial surface exploration on Golden Baie last year, the company has said it sees considerable exploration upside over the entire property with excellent potential for new discoveries.

Recently, Canstar said it planned to double the size of a diamond drill program that commenced on Golden Baie in June 8, 2021, to at least 5,000 metres. The decision is based on positive visual observations of drill core in the initial holes.

Assay results for the first drill hole samples are expected in late July, 2021.

Drilling to date has focused on the Kendell Target on the central portion of the Golden Baie project where exploration crews are targeting the continuation of gold mineralization previously identified at surface through trenching.

Kendell is the site of the best grab samples (up to 4,485 g/t gold) and the best trench intercepts encountered on the project so far.

Trench TGB-20-21 was excavated in the fall of 2020 and intercepted northeast-southwest trending quartz veins of varying thicknesses along a strike length of approximately 70 metres, approximately 16 metres of which contained visible gold. 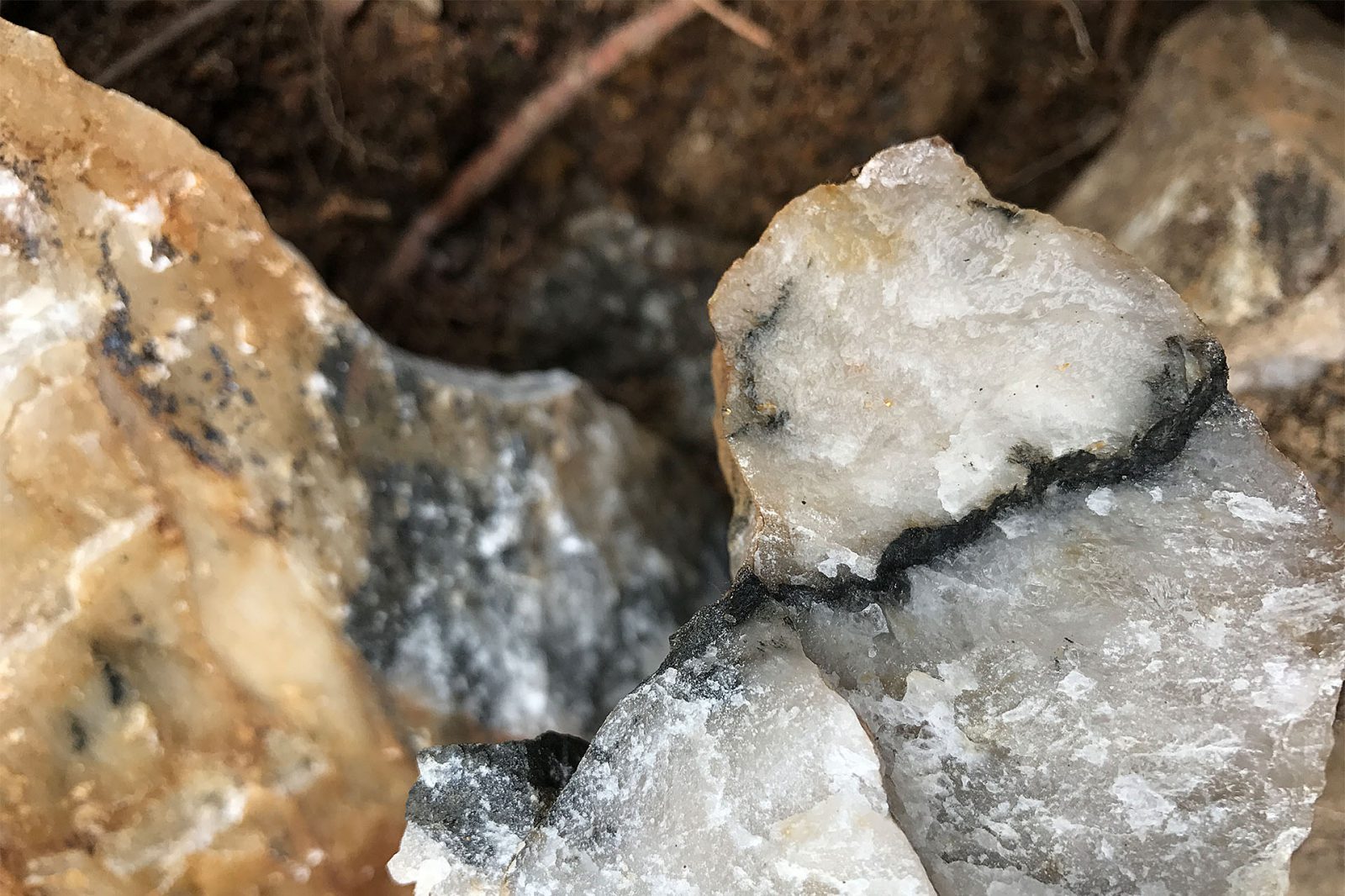 Grab samples from the quartz veins in the trench at Kendell assayed up to 211 g/t gold and the initial drilling in the 2021 program targeted the extension of these quartz veins.

To date, 22 drill holes have been completed on the Kendell target for a total of approximately 1,200 metres. Visible gold has been observed in quartz veins in eight of the 12 holes logged to date.

The drill rig was recently moved to another target area (the Hillside Target), located approximately 950 metres north-northeast of Kendell.

Drilling is now expected to continue until early September 2021 on the area containing the Kendell and Blow Out targets. The company holds permits for approximately 4,000 metres of drilling at the Kendell Target, the Blow Out Target, 22 West, and Wolf Pond.

“I’m very pleased that the initial drill holes contain visible gold in quartz veins within broader intercepts of arsenopyrite, which tends to be associated with disseminated gold mineralization on the Golden Baie Project,” said Bruggeman.

“This is a great start to the program and gives us the confidence to double the planned meterage,” he said. “We look forward to getting assay results from the drill hole samples and reporting those to our investors and the market.”