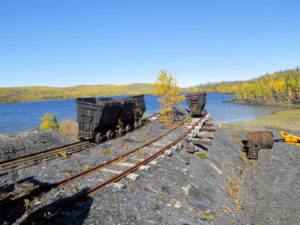 Nighthawk Gold Corp. [NHK-TSXV] announced the initiation of its 2016 drill program at the Colomac Gold Project’s Colomac and Goldcrest deposits, located within its 100% owned Indin Lake Gold Property in the Northwest Territories. Two drill rigs will be utilized for this 10,000 metre program expected to be completed by late September. Drilling will continue to expand recently discovered, high-grade, gold mineralization at Colomac, and follow-up on the 2014 drilling results at Goldcrest, the sister intrusion to Colomac located 400 metres west.

The objectives of the 2016 program are to better define and expand the dimensions of higher-grade mineralization intersected to date, to test for new zones of near surface higher grade material, and to make advancement towards delivery of a resource update in the first half of next year.

Nighthawk President and CEO, Dr. Michael Byron, commented, “We are extremely encouraged with the success of our previous exploration programs in advancing the Colomac gold project. This success is probably best demonstrated by the new high-grade discovery at Zone 1.5, and the realization that the intrusion can host higher grade domains. Given Colomac’s relatively underexplored state, we believe there is strong potential for substantial growth beyond the current resource estimate of 2.101 million ounces gold at 1.64 grams per tonne. Nighthawk’s significantly low discovery cost of $8 per ounce, with 97.6% of its holes intersecting gold mineralization, speaks to the scale of opportunity at hand”.

Given the success of Nighthawk’s 2014 drilling, and the limited historical drilling at Goldcrest in comparison with the Colomac Main area, Nighthawk believes substantial opportunities exist for new discoveries and resource expansion as over 2 kilometres of the mineralized sill remains relatively unexplored.