The space race is on and the payoff is an untold cache of precious metals, large enough to completely dwarf the world’s biggest mining companies 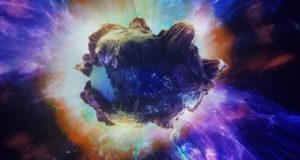 While not literally pie in the sky, asteroid mining used to be science fiction. It’s getting closer to reality.

There are millions of asteroids in space, many orbiting between Mars and Jupiter. Those closer to Earth tend to be carbon- or silica-based, like Earth’s crust, with only a few containing more valuable minerals.

Some asteroids are iron-based, with other elements. Some scientists speculate that many asteroids contain lucratively-high proportions of gold, platinum, rhodium, cobalt and even rarer metals. These are used in electronics, metal alloys, permanent magnets, batteries and electric motors (importantly, the motors of electric vehicles).

Identifying asteroids that have these metals has improved significantly, using radar and infrared detection.

If valuable asteroids can be identified, they could be captured and put into an Earth orbit and, eventually, brought safely down to our planet, perhaps in pieces.

A few private companies want to capture these valuable asteroids and are raising the funds from willing investors. Planetary Resources, for example, plans to send probes to locate water-rich asteroids to resupply space vehicles while they’re on their way to other planets. This company also plans to locate and try to capture metal-rich asteroids. The investment could have a tremendous payoff.

A 200-metre-diameter rock with 80 per cent iron by volume (and the rest in rarer metals) could easily be worth an average of US$100 per kilogram. That’s US$800 billion, primarily for the exotic, rare or precious non-iron elements. If a spacecraft could snag this body and mine it in space or bring it to Earth, it would be very profitable – even after the considerable expense of the process.

But just one of these asteroids could have a less-than-heavenly effect on the existing mining industry. If such an object was landed safely and the contents refined, it could put a number of mining companies out of business by depressing prices for precious or rare elements.

The total revenues of the 40 largest global metals mining companies in 2016 was about US$500 billion. The great bulk of that was raised through non-precious metals such as iron, aluminum, nickel, zinc and copper.

So the payoff of a single space rock – potentially $800 billion – dwarfs the revenues of the world’s biggest mining players.

No wonder companies such as SpaceX and Blue Origin are developing bigger, reusable rockets that could make searching for and recovering asteroids much cheaper – and more likely to happen in a few years.

Treasures may soon come raining down from the skies. But not everyone will cheer.

Ian Madsen is a senior research fellow at the Frontier Centre for Public Policy.