B.C. government sending all the wrong signals to investors, which could lead to a rude economic awakening 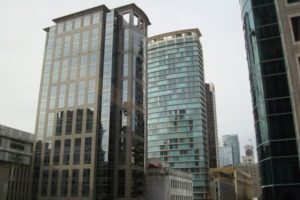 Unfortunately, an onslaught of recent policies from Premier John Horgan’s government has weakened B.C.’s investment climate, sending all the wrong signals to investors. If the housing boom cools, B.C. could be in for a rude economic awakening.

Business investment is critical for sustaining long-term economic well-being. When businesses invest in the latest technologies and production techniques, and expand their operations, it spurs economic growth. Growth raises living standards for workers because it makes them more productive and allows them to command higher incomes.

Yet B.C. struggles to attract such investment. Consider that from 2014 to 2016 (the latest year of available data), the level of non-residential business investment declined by nearly a fifth (after accounting for inflation). Moreover, the level of investment per worker in B.C. is 19 per cent below the national average, meaning B.C. workers have significantly less capital (machines, equipment and technology) available to do their jobs than their counterparts in other provinces.

One reason for the dearth of investment is B.C.’s uncompetitive business tax regime. While the province’s statutory corporate income tax rate, when combined with the federal rate, is middling when compared to other jurisdictions, corporate taxes aren’t the only taxes that affect investment. When all the taxes are accounted for – including sales taxes on business inputs – B.C.’s overall business tax regime ranks poorly compared to competing jurisdictions across the country and worldwide.

According to the latest estimates from University of Calgary economists, B.C.’s overall tax rate on new investment is 27.7 per cent – the highest rate in Canada and one of the highest among industrialized countries. Moreover, sweeping tax reform in the United States will only magnify B.C.’s competitiveness problem, as the national average tax rate on new investment in the U.S. now sits at 18.8 per cent.

And it’s not just tax changes that are harming investment prospects in the province. The government’s anti-development rhetoric and commitment to block pipelines signal that B.C. is unwelcoming to resource development.

A survey of upstream oil and gas executives ranks B.C. dead last among Canadian provinces for investment attractiveness. In 2017, the province also saw its global ranking in the survey drop from the top half of jurisdictions to the bottom quarter.

Finally, the government’s cold stance on resource development comes at a time when disputed land claims are hurting B.C.’s resource sector – especially mining.
If the government wants to foster sustained long-term economic growth, it’s time to put away the Closed for Business sign and start sending positive signals to investors and entrepreneurs.
Charles Lammam, Hugh MacIntyre, and Ashley Stedman are analysts with the Fraser Institute.