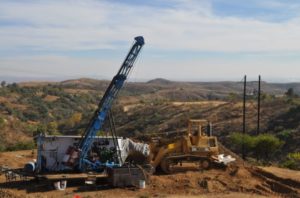 After some tough times, the prospects look brighter for Canada’s mineral exploration and development sector.

That’s the conclusion of a new report that was compiled by the Prospectors and Developers Association of Canada (PDAC) in collaboration with Oreninc, a Toronto-based data provider.

Titled State of Mineral Finance 2018: Gaining Momentum, the report says 2016 and 2017 were characterized by rising commodity prices that sparked increased financing opportunities and exploration spending, both in Canada and globally.

In Canada, exploration spending jumped to $2.1 billion in 2017, up from $1.63 billion the previous year, according to preliminary estimates by Natural Resources Canada.

However, the report comes with a warning. It says global exploration spending, despite the increase in 2017, is still a long way short of the U$20.5 billion level reached in 2012. It reveals that improvements in financing and exploration activity have not spread evenly across the mineral industry.

While the value of equity financing in Canada for projects targeting minerals associated with battery technology grew 200% in 2017, the same fund flow for both precious and base metals fell by 12% and 11%.

Still, in an interview, PDAC President Glenn Mullan said he is pleased to see that when it comes to attracting exploration spending, Canada continues to hold its own against key competitors like Australia.

Canada and Australia are the two leading countries in terms of funds spent on exploration. They attracted 13.8% and 13.6% of the global expenditures in 2017.

And after the depths of three years ago, Mullan said he is pleased to see more robust financings coming from the TSX Venture Exchange, a development that points to a more healthy state of affairs in the key junior exploration sector. In 2017, equity raises by junior companies listed on the TSXV increased by 18% compared to 2016, whilst the CSE reported a 123% increase in funds raised.

“We have seen a key part of our membership compete not just flow-through financings, but also more conventional financings in the past 12 months. That is a significant departure from where we were in 2014 and 2015,” he said.

Broadly speaking, the improving picture is attributed to rising commodity prices, stemming from improving economic activity in the China and the United States.

Following the 2008 global financial crisis, and during the recession in Europe and the U.S., demand for commodities was primarily supported by continuous double digit growth in China’s economy.

However, China’s growth slowed sharply in 2012, leading to a decline in the demand for many commodities until 2016 when China’s growth outlook improved and expectations for increased infrastructure spending in the United States led to commodity price appreciation.

The price of zinc, for example, recently surpassed its 2011 peak by nearly 30%. Lead has also rebounded almost to 2011 levels. However, despite a significant increase in 2017, copper is still trading far below its historical peak.

Expansion of the Electric Vehicle Market

Some key findings of the report are as follows:

The report does not address the issue of how the mineral sector is being affected the marijuana and cryptocurrency sectors, which compete with the mining industry for high-risk venture capital. PDAC may take a closer look at that situation in a future report.

This time around, PDAC chose to offer a window on the financing landscape in the mining sector without making comparisons to other sectors.