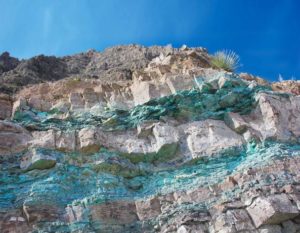 Prize Mining Corp. [PRZ-TSXV, PRZFF-OTCQB] shares were active Wednesday after the company released an update on the Kena-Daylight and Toughnut gold properties in southeastern British Columbia.Â  The region, which includes the Greenwood area, has been established since the 1880â€™s as one of the most prolific areas for the exploitation of gold, silver, copper, lead and zinc in the province.

â€œThe Kena-Daylight and Toughnut Properties contain a significant gold resource and hold district-scale potential,â€™â€™ said Prize Mining President and CEO Michael McPhie. â€œWith a Phase 11 drill program underway, and many untested targets, we are increasingly optimistic about the potential of this project in the historic and geologically rich region of southeastern B.C.,â€™â€™ McPhie said.

The Kena-Daylight properties host an NI 43-101-compliant mineral resource estimate of 481,000 ounces in the indicated category and over 1.3 million ounces in the inferred category.Â  This mineralization is hosted within a structural corridor containing a series of volcanic and porphyritic intrusive rocks of the Jurassic age. The properties are contiguous and cover approximately 7,500 hectares over an 18-kilometre strike-length and contain numerous historical mines and showings of gold, silver, and copper mineralization.

In February, 2017, Prize said it had agreed to acquire a private Alberta company which, under an agreement with Apex Resources Inc. [APX-TSXV, had an option to earn an 80% interest in Apexâ€™s Kena and Daylight gold-copper properties. Under the agreement, the numbered company committed to making annual cash and share payments and spending $3 million on exploration over four years.

Prize said at the time it planned to advance the Kena-Daylight Project towards exploitation, while considering the option to extract smaller tonnages of higher-grade material. Prize also said it expected to delineate additional resources.

In June, 2017, Prize said it had secured an option to earn a 100% interest in the Toughnut Property, which covers 1,010 hectares and lies contiguous to the west side of Prizeâ€™s Daylight Property. At the time, Prize said the deal was a strategic acquisition as it gave the company control of a mineralized structure known as the Silver King shear zone. It said the parcel of land would play an important role in an exploration program planned for the summer of 2017 and drilling in the fall of 2017.

In its June, 2017 press release, Prize said an area known as the Toughnut Showing, which includes old pits, shafts and trenches, had grab samples extracted in 1989 that returned 6.64 g/t, 8.65 g/t, and 32.8 g/t gold with associated silver values ranging between 33 and 175 g/t silver.

Those option agreements marked the first time that this large and highly prospective land package had been consolidated under one option and one work program, allowing for a district-wide approach to exploration.

Since optioning the properties, the company has been actively exploring the Daylight and Toughnut portions in the northwestern area of the land package to better determine how the mineralization there is related to that found in the Kena resources to the southeast.

Results from the Phase 1 program are currently being received and interpreted, while Phase 11 core samples are being sent to the lab on a regular basis with results anticipated in November and December. Results will enable the company to determine its priorities for future work.