Mining has long been a major driver of Quebec’s economy and the province ranks sixth in the world in the Fraser Institute’s Investment Attractiveness Index. In an effort to maintain and enhance its position, a strategic initiative announced by the provincial government lays out clear lines of action that it believes will reinvigorate the mining industry and solidify Quebec’s position among the leaders of responsible mining development.

The initiative aims to ensure that rules and operating conditions are clear and predictable, particularly on issues such as land access; responsible mining development and the implementation of best practices will be a priority; the government will leverage its Plan Nord, an economic development strategy intended to develop the natural resources extraction sector in the part of Quebec north of the 49th parallel; local communities will be provided with assistance to ensure they benefit from mining projects; close attention will be paid to developing a qualified workforce, particularly among Aboriginal youth; and a specific emphasis will be placed on creating a network of suppliers and equipment manufacturers across all regions of Quebec.

The province will also be focusing on niche commodities that have rarely or never been mined in QuÃ©bec such as apatite, lithium, diamonds, rare earths and graphite. “With these projects shaping up, new opportunities are opening for value-added industries such as electric transportation,” the government notes.

The government intends to provide more effective support to exploration companies by allowing admissible companies to obtain $300,000 in financing per year for a three-year period. The program has a global budget of $10 million. Admissible companies must have their head office and principal exploration project in Quebec. Other factors are also taken into account such as capital structure and costs, the quality of the project, its social acceptability, and the expertise and composition of the management team.

Tax assistance for exploration will also consider the remoteness of a project from infrastructure. According to a study carried out by the Mining Association of Canada in the Northwest Territories, Nunavut and Yukon, exploration costs are proportional to the distance from transport infrastructure, with the most remote projects costing six times more than closer projects.

Quebec is a huge province and boasts a total area 1.7 million km of which only is currently mined and is covered by mining rights. The province has set its sights on the vast territory north of the 49th parallel and is currently expanding its transportation infrastructure to ensure easy access to the Far North.

One-fifth of Canada’s mining output comes from Quebec and the resources exploited there are the most diverse in Canada: 15 metals and 13 minerals are produced and upgraded there including lithium, rare earths and apatite. In December 2020, Quebec had 22 mines in operation and four mines in maintenance.Â Currently, some 29 development projects are under study,

According to the Institut de la statistique du Quebec, the value of mineral shipments was more than $10.9 billion in 2019, a 15% increase over 2017.

Ressources Quebec is the gateway for companies seeking to invest in Quebec’s energy and natural resources sectors. The agency supports companies at every stage of their natural resource exploration, development and processing projects or energy production, storage, transport and distribution projects. It offers a full range of financial products, including investments in share capital, debentures and various types of loans.

A single point of access will help coordinate the delivery of the various permits required for mining projects and peat harvesting projects. This will ensure permits are received within a reasonable timeframe. Quebec is clearly open for business and the province is laying the groundwork for an industry-friendly and supportive regulatory regime. 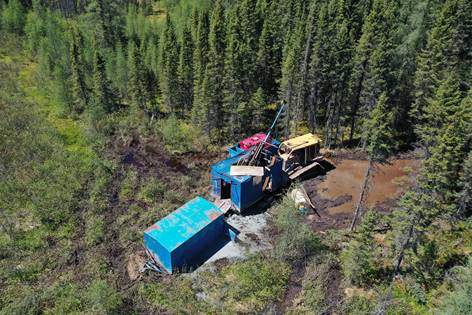 Clarity Gold Corp. [CLAR-CSE; CLGCF-OTC; 27G-FSE] has been trading for less than a year and has acquired four compelling mineral projects – the flagship high-grade Destiny Gold Project in mine-friendly Quebec and three in southwest British Columbia.

James Rogers, CEO, said, “The Destiny Gold Project is a company-maker which is why we acquired it in the first place. At Destiny, there is potential to expand known gold mineralization as well as to discover new gold zones.”

The 100%-optioned (1% NSR) 5,013-hectare road-accessible Destiny Project is strategically located in the heart of the Abitibi Gold Belt ~75 km north-northeast of Val d’Or, one of the most gold-rich regions on Earth where over 190 million ounces of gold has been recovered. 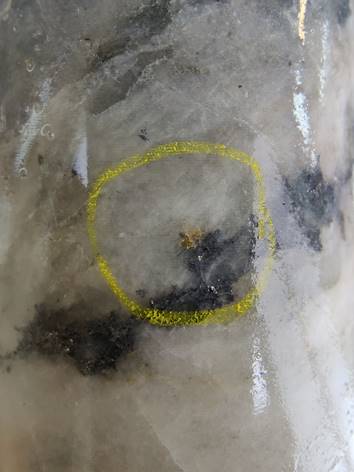 High-grade gold values are found in quartz veins within shear zones 15 to 30 metres wide. Veins vary in width from <1 metre to several metres wide, including one vein 9.7 metres wide averaging 5.1 g/t gold. Although grades vary, the highest to date measured on the property is 167 g/t gold over 1.0 metre.

There is solid geological evidence for expanding known gold zones and uncovering new veins. For example, 25% of the 172 drill holes reported visible gold with mineralization open to depth from ~400 metres and along strike. The historical estimate at the DAC Zone is open along strike with only coarse drilling denoting high-grade intercepts outside of the 2011 historical estimate area showing expansion potential along strike from the DAC Zone over approximately 2.5 km to the Darla Zone.

Clarity Gold is currently conducting a 10,000-metre diamond drilling program where it has processed and dispatched samples from approximately 2,300 metres of drill core. To date, drilling has concentrated on infill of the western portions of the DAC Zone and confirmation of historic drilling. A recently added second drill rig is focusing on infill and extension drilling to depth in the GAP Zone.

“As we approach completing 25% of the planned metres, all of the completed holes in this program so far have intercepted the mineralized structure at or near expected depths,” said Rogers.

Located 800 metres west of the DAC Zone lies the West Zone that offers discovery potential outside of the known gold zones.

In southwest British Columbia 12 km south of Lillooet, Clarity Gold has a 100% interest in 5,117 hectares and a 100% option in a further 5,401 hectares at the Empirical gold-copper-molybdenum porphyry project. Previous drilling intersected 21 metres of 3.67 g/t gold, part of ~1,600 metres of drilling to a maximum of 230 metres depth. There was limited mapping and soil sampling.

There is not any field work currently underway at the three British Columbia projects; however, the company plans to conduct basic exploration programs this summer that would include prospecting, mapping and sampling.

Rogers said that he and his management team are mineral explorers and not mine builders. Hence, the company’s business strategy is to build the project’s value to a significant level and then monetize it.

Clarity Gold’s Destiny Project is a premier gold prospect well on its way to upgrading and expanding the existing historic resource as well as making new discoveries on the property. The company’s portfolio is complemented by the three prospects in southwest British Columbia. The company has 28,042,592 shares outstanding.

Drilling advances understanding of gold system at Frotet in Quebec 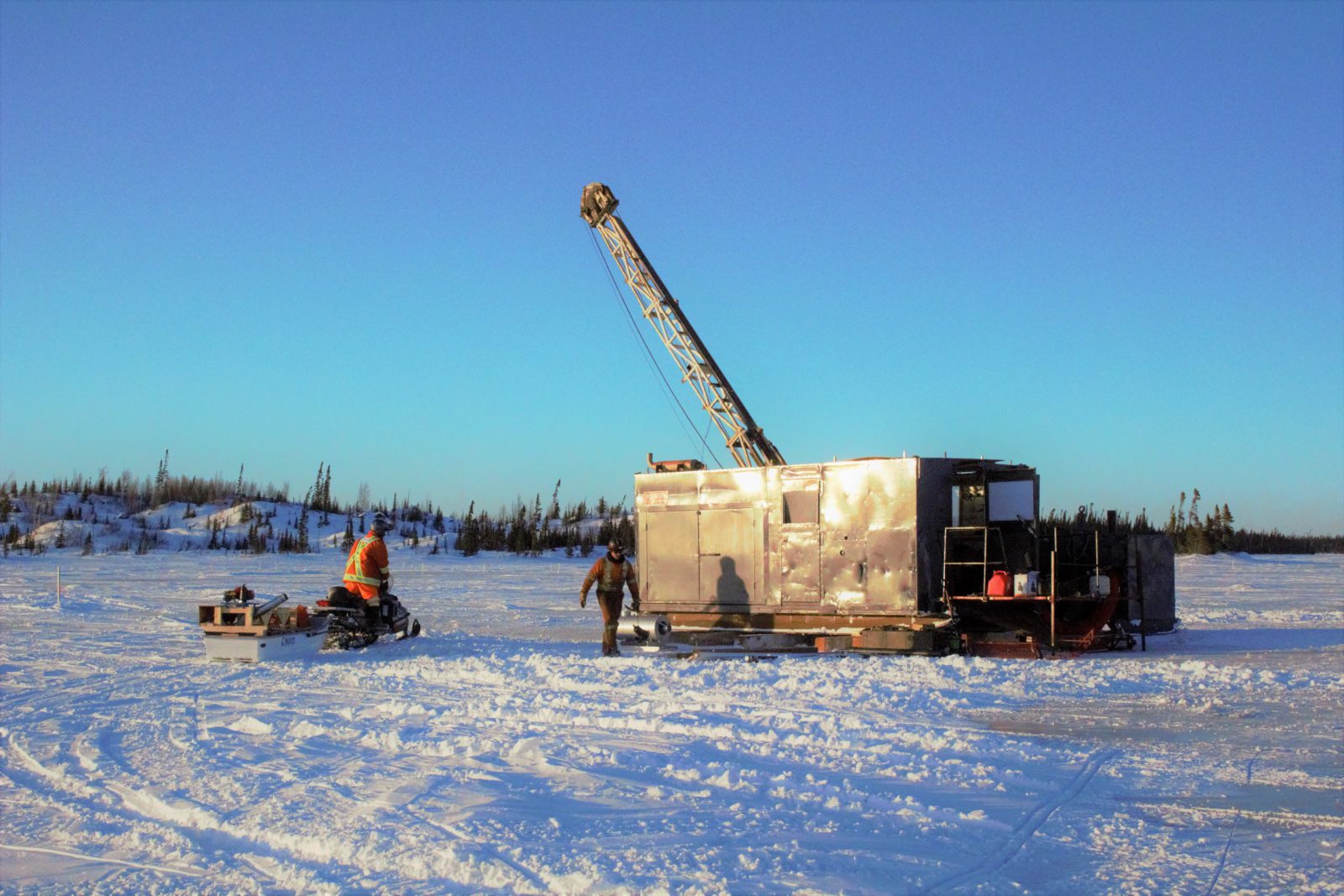 The junior gold explorer recently completed a 30-hole (8,591 metres) winter drill program at the Regnault gold discovery on Frotet, with 14 of the 15 assay results reported to date intersecting significant mineralisation. 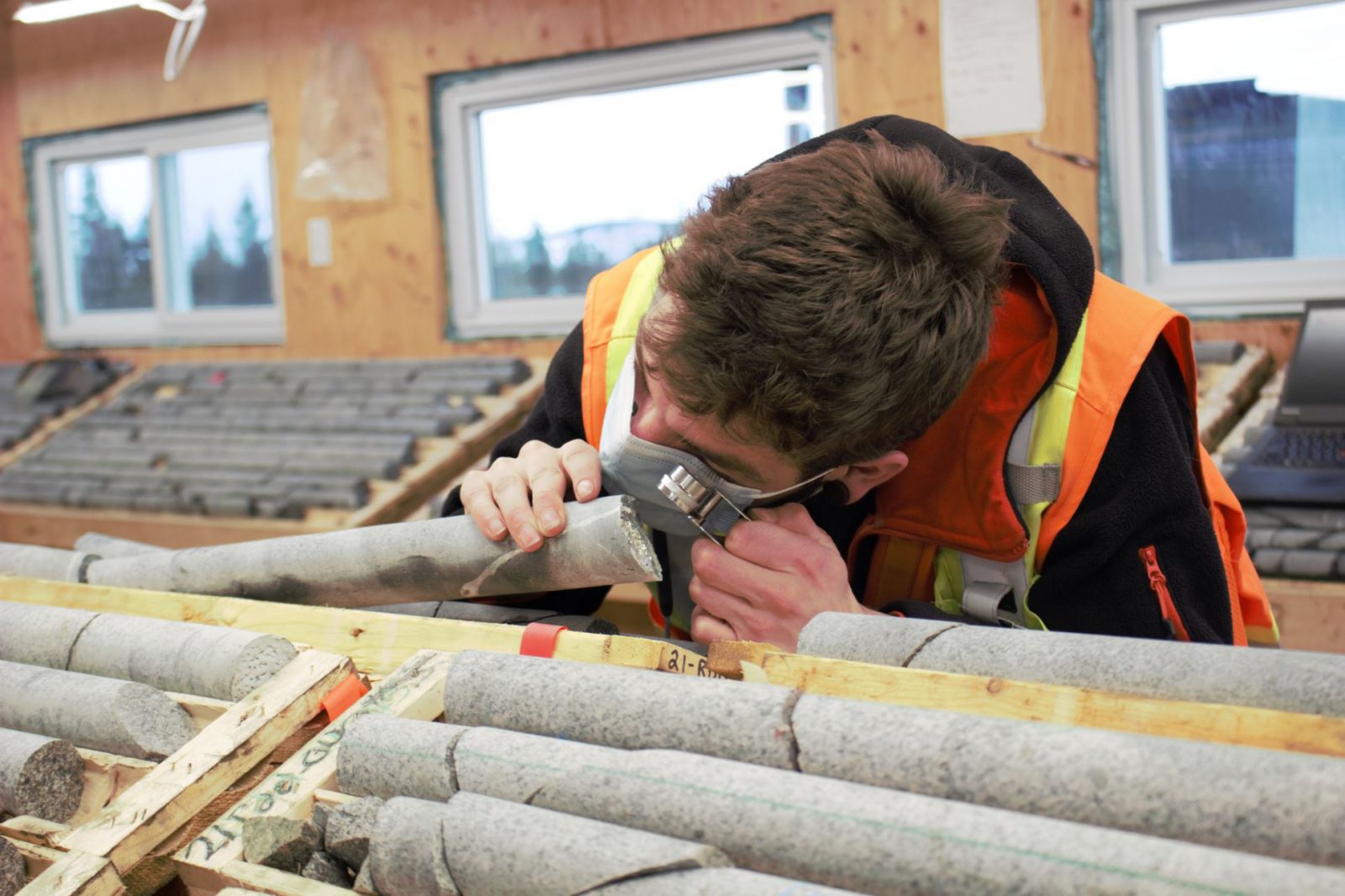 The latest drilling comprised step-outs from this initial drill program. This has delineated approximately 550 metres of mineralisation along a vein corridor called R1, which remains open to the east, west and down dip.

The recent drill results, said Flood, confirmed “that we weren’t just lucky with our first pass drill program last year at Regnault.Â  We continue to intercept high grade gold mineralization and most importantly, we are now defining the structural controls of the system.”

As exploration has advanced at Regnault, he continued, “We have defined a footprint covering an area of two km by 500 metres hosting high-grade mineralisation along multiple structures.”

Following completion of the 2021 winter drill program, Sumitomo Metal Mining Canada Ltd., a wholly-owned subsidiary of Japanese miner and smelter Sumitomo Metal Mining Co., has increased its interest in Frotet to 80% by providing an additional $4 million in exploration expenditures as part of an earn-in and joint venture option agreement.

A joint venture between Kenorland (20%) and Sumitomo (80%) will now advance the project, with exploration funded on a pro-rata basis. Kenorland will continue as the operator of the project, receiving a 10% management fee on the overall budget.

The joint venture soon plans to conduct up to 20,000 metres of additional diamond drilling at Regnault, including infill and step-outs on the R1 vein, as well as targeting additional mineralized structures within the Regnault trend.Â  This next phase of exploration is slated to begin in July. 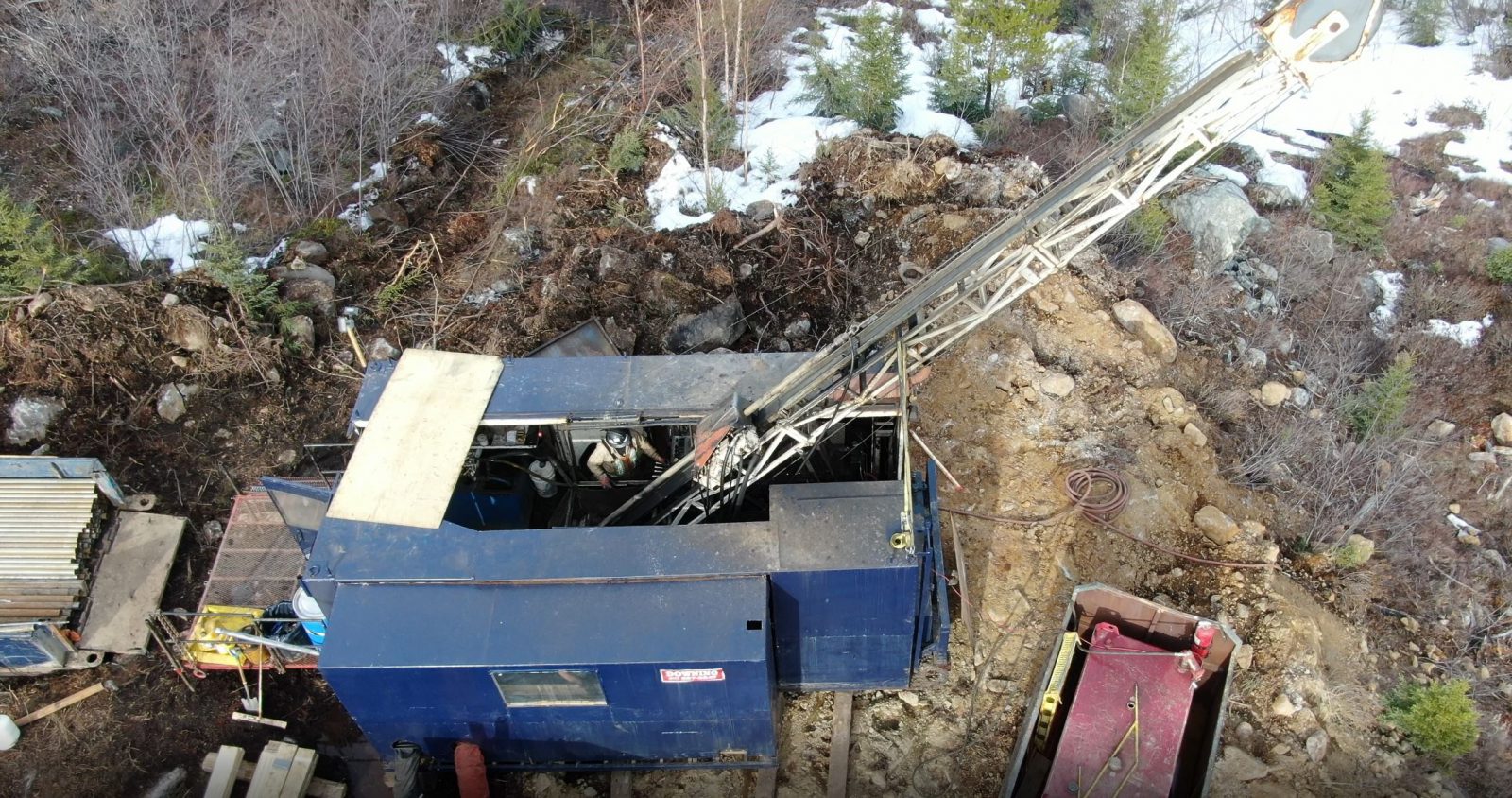 “We’re now moving into a more advanced phase of drilling that is designed to systematically infill and step out horizontally and vertically further along the R1 structure,” explained Flood. “Up to 10,000 meters of drilling will go directly into R1.”

Kenorland also plans to conduct surface exploration of its 161,025-hectare Chebistuan project in the northern Abitibi greenstone belt of Quebec, about 30 km west of the town of Chibougamau.

“We’re looking forward to working with Newmont to advance this extensive greenfield exploration project, where we plan to take the same approach as that adopted at Frotet,” said Flood. 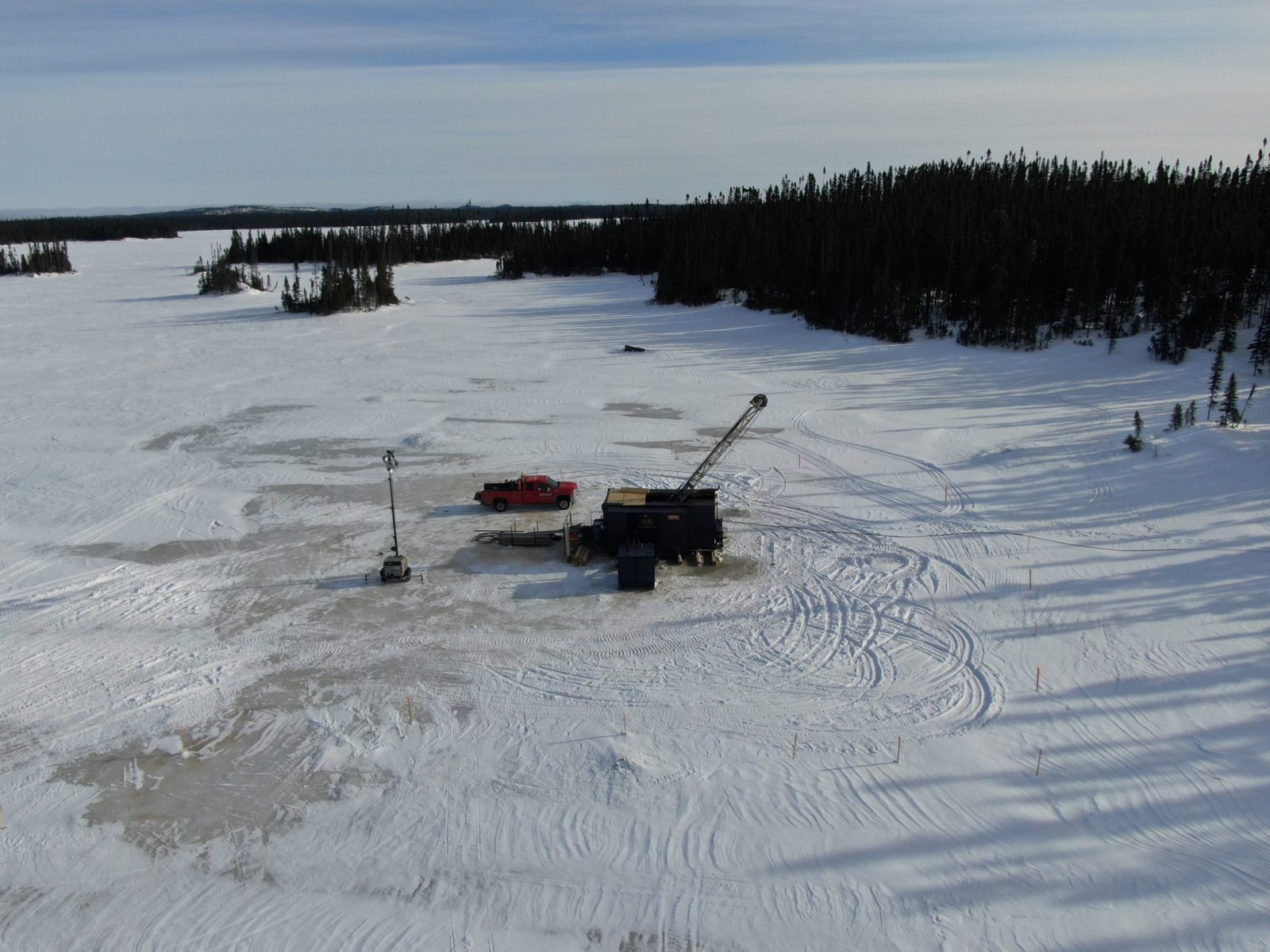 In addition to Chebistuan, Kenorland has multiple other greenfields projects in Quebec and Ontario, including Chicobi, located in the central Abitibi Greenstone Belt, which is also optioned to Sumitomo Metal Mining.

On the other side of the continent, Kenorland is ramping up exploration in Alaska.Â  The company has just recently kicked off a 4,000-metre maiden diamond drill program on the Healy Project, located in the Goodpaster District near the world-class Pogo gold mine. The drilling is designed to test multiple large scale gold in soil anomalies which were initially identified by Newmont in 2012 and 2013.Â  Kenorland optioned the project from Newmont in 2018 and has conducted multiple detailed exploration programs since then to refine drill targets.

Also in Alaska, the company is advancing drill targets on its advanced stage Tanacross porphyry copper project, located near the border of the Yukon.Â  The company plans to test these targets towards the end of summer, wrapping up a very active field season in the state.

If there is one thing that’s certain, there is no shortage of exciting and impactful exploration happening in 2021.Â  As Flood says, “Our goal is to make more discoveries, and to do that, we are pursuing aggressive exploration on multiple fronts.”

The preceding Joint-Venture Article is PROMOTED CONTENT sponsored by KENORLAND MINERALS and produced in cooperation with The Northern Miner.