After more than 20 years of legal wrangling, Colin Beach of West Vancouver, British Columbia, President of Rain Coast Water Corp., is awaiting the hearing of an appeal of the judgment it won on May 12, 2016.Â  Justice Peter Leask found the BC government and certain of its former officers and ministers, including former Premier Bill Vander Zalm, liable for the intentional torts (wrong-doings) of misfeasance in public office and intentional unlawful interference with economic relations.

On January 28, 2010, Justice Leask handed down written reasons for his judgment that Rain Coast’s foreshore licence was unlawfully cancelled in 1990.Â  In 2010, the government commenced but formally abandoned an appeal of that decision; despite having done so, it is now attempting to incorporate an appeal of the 2010 judgment.

The company had plans in the early 1980s to ship water to California for subsequent bottling, but instead began having its water produced in B.C. Its MOUNTIE brand bottled water was favourably reviewed at a national trade show in San Francisco in 1988, but the company claims it was unable to capitalize on the market opportunity because of the proven government misfeasance.

Known as Aquasource Ltd. in the 1980s and early 1990s, Rain Coast proposed to ship bulk fresh water by tankers to Santa Barbara and the Goleta Water District in drought-stricken California.Â  The water would have come from a waterfall (Freil Falls, a.k.a. Harmony Falls), below Freil Lake, that cascades into the ocean in Hotham Sound, near Jervis Inlet, east of Powell River, coastal B.C.

In the late 1990s Rain Coast also attempted to develop bulk water shipments to the San Diego area from Henderson Lake on Vancouver Island.Â  It claims intentional government wrong-doing caused the demise of that project and the loss of opportunity to win a 30-year contract, valued at about US $3 billion, to supply in the range of 50 million U.S. gallons of water a day to the San Diego County Water Authority. Rain Coast also claims losses in its carbonated, naturally flavoured (juice-added) natural water and bottled water business, using the extraordinarily pure water from Freil/Harmony Falls.

Justice Leask found that the BC government and certain of its former officers not only deliberately stymied Beach’s attempts to create a water distribution enterprise numerous times but also favoured a competing company, W.C.W. Western Canada Water Enterprises Inc. (WCW), subsequently known as Western Canada Beverage.Â  WCW succeeded in raising approximately $20 million, built an 85,000 square foot bottling plant on Annacis Island, near Vancouver, B.C, and became a successful exporter of bottled water to the U.S., reportedly achieving sales of over $1,000,000 per month, before getting into financial difficulty, and merging with Powerburst, a U.S. beverage company.

In an interview, George Douvelos, one of Rain Coast’s lawyers, told Resource World that in some complicated civil cases, a judge may reserve judgement for a later date; however, he said it’s possible the appeal court judges may render the decision at the end of the appeal hearing.

Briefly, Judge Leask found that Rain Coast suffered damages (which remain to be assessed) as a result of numerous incidences of intentional wrong-doing from 1984 to 1991, involving the failure to disclose a water licence tariff approved in December 1984 which set rates (including for “Export of water”) of not more than $5,000 each for application fees and annual water rentals; being deprived of an opportunity to obtain rights to export of water from Ocean Falls, British Columbia; unlawful preferential treatment of WCW, as to exclusivity of source for export and bottling, the cost and duration of rights, and market access, which was restricted by way of a moratorium timed to prefer WCW in a competition to supply water to Goleta, California; in addition to the unlawful cancellation of and failure to reinstate Rain Coast’s land (foreshore) and water rights at Freil Lake, B.C.

Rain Coast received written initial equity financing proposals of up to $2.6 million in March – August 1985, but claimed it was unable to accept or negotiate them because the government had failed to inform it of the applicable lawful maximum $5,000 water rates that were approved in December 1984.Â  Instead, the company’s application was delayed until after Cabinet approved a new tariff in March 1985, that included rates based on the quantity of water applied for, allowed to be used, and actually used, for export by marine transport vessels.

In April 1985, the government billed Aquasource Ltd. $83,050 according to the new tariff, including approximately $14,000 in application fees and $69,000 as a portion of the annual rental on the “quantity allowed”, but declined to say that if such fees and rentals were paid a licence would be issued.Â  Beach says the government improperly treated the rental as an application fee:Â  it tried to collect rentals without issuing or committing to issue any water rights.

Justice Leask found that Beach was repeatedly advised by the Crown in the early 1980s that he could not acquire or have a water licence in good standing unless he had a land tenure. In fact, the Water Act rather clearly allows a water licence to be issued to a person with a project involving the use of water, who intends to acquire any land needed for the operation of the project.

In 1984 the Lands Branch approved in principle the company’s application for a land tenure in the form of a foreshore lease, but made the issue of a lease subject to demonstration of a five-year earnings’ history.Â  It did not explain how the company could demonstrate earnings without a lease and a water licence. In 1985, instead of a lease, it issued the company a three-year foreshore licence, and failed to inform it of or apply its mandatory written policy to issue 30-year foreshore leases.

After its land tenure was unlawfully cancelled in 1990, and it had paid the rentals owed, Lands Minister Parker disallowed its re-application for a land tenure, using the excuse that its two water licences (for bottling and bulk export) had been cancelled. They had purportedly been cancelled in part due to its lack of a land tenure, but Justice Leask found that its unlawful cancellation also involved misfeasance, and referred to the process as “Kafkaesque”.

He also found that, in 1985, Aquasource had been improperly denied an opportunity to obtain rights to export water from Link Lake, near Ocean Falls, B.C. There was no proper public proposal call for the right to use government-owned facilities at the port of Ocean Falls. The government illegally dealt facility and water rights to WCW, without requiring it to pay water rentals according to a published water export licence tariff imposed against Aquasource.Â  WCW received rights to 42,635.3 acre-feet of water a year for 25 years, without being required to pay application fees of more than $86,000 and annual water rentals for the right to that quantity of water, amounting to over $383,000 per year, according to the tariff.

Justice Leask cited correspondence from former B.C. Premier Vander Zalm to the Goleta Water District in support of WCW, and a request to him from Mrs. Margaret Annett of WCW to prevent Aquasource and others from obtaining sufficient water rights to compete with WCW for a contract to supply water to Goleta. Leask found that Vander Zalm committed intentional wrong-doing in relation to the imposition of a moratorium on further water export licences, timed to prefer WCW (in the context of the Goleta bid process).

Barrister Douvelos commented that the appellants who were personally named in the case (e.g. – Vander Zalm, Dick Roberts, former Regional Director of Lands, and David Parker, former Minister of Lands) may be personally liable to pay damages. He added that any damages would be based on expert opinion.Â  “We’re still in the process of quantifying that aspect when it comes to loss of opportunity.” 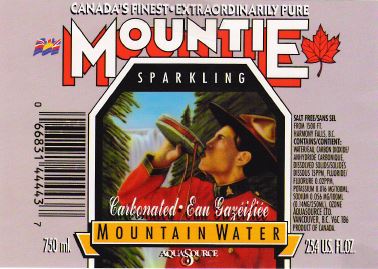 Beach told Resource World that he was unable to say with certainty why the BC government quashed his water project plans before WCW was incorporated in October 1985, but that it is obvious that the government intended that water would be exported from Ocean Falls, rather than anywhere else on the coast.

“There seems to be absolutely no explanation for J.E. Farrell of the Water Management Branch not telling us about the rate when he approved it in December 1984 after he’d been warned in writing nine months earlier by a senior official in the Water Branch, Tom Smith, to be upfront with us and tell us the rate,” said Beach. “He’d been warned in writing and he didn’t do it.”

If the government’s appeal fails, Beach said, “Regarding finally advancing our water project, it could possibly include both Freil Lake and Ocean Falls. Water rights are like mining claims – it’s a matter of first come, first served.Â  We would have to re-stake and somebody else might be first in line so it remains to be seen.”

The B.C. Court of Appeal is also being asked to decide an additional misfeasance claim, related to the planning and recommendation of the Water Protection Act.Â  Beach contends that the act was made for political purposes outside provincial authority. He says that Cabinet documents prove that then B.C. Premier Glen Clark and government minister Moe Sihota were just looking for a way to ban bulk water export, and in recommending the enactment, were at least recklessly indifferent to the damage it would cause, and the prospect of violating exclusive federal authority over water export.Â  Among other things, the documents stated: “The Province cannot enact legislation that is aimed at the regulation or prohibition of water exports.”; “â€¦ action outside of existing known legal constraints could be construed as evidence of bad faith on the part of government.Â  Damages have been awarded for administrative action taken in bad faith.”; “Significant claims for compensation are expected â€¦ to be in the tens of millions of dollars.”Â  (Ref. – para. 97 and 98 of the FACTUM OF THE RESPONDENT).

Beach remarked that in the last 20 years, there have been advancements in marine technology that could improve the economics and profitability of shipping water.Â  Depending on the outcome of the litigation and other factors, he may be prepared to pursue it.

“Freil Lake is not a big enough source to meet current and foreseeable municipal demand for water in coastal California,” said Beach. “They’re looking at projects of 50 to 100 million gallons a day, and the total output of Freil Lake is only around 20 million gallons a day; however, other sources on the BC coast could certainly supply their needs. We may need to compete with desalination plants.”

Beach said that the entire legal process over these many years has caused him needless distress and has taken too long.Â  Rain Coast has argued that “Kafkaesque” is also an accurate description of appellants’ conduct in the litigation.Â  It says that the Crown ignored the Rules of Court with respect to pre-trial discovery processes, causing unnecessary delay.Â  Beach has sworn and filed multiple affidavits, including evidence of the government’s failure to respond to Notices to Admit, its failure to disclose relevant documents in timely fashion, and the failure of Vander Zalm and Roberts to appear for the continuation of their Examinations for Discovery.

He estimates that in terms of legal costs and his personal time spent pursuing justice, “I suppose it is well over a million dollars. I have no idea what the government has spent defending it.”