Sego Resources Inc. [TSX-V-SGZ] (“Sego” or “the Company”) is pleased to announce the start of a drill program in the Southern Gold Zone of the Miner Mountain Porphyry Copper-Gold project near Princeton, BC.  The Southern Gold Zone is an intrusion disseminated hosted gold zone discovered during the Company’s 2020 field program (See NR July 7, 2020).

Sampling Highlights of Previous Trenching in the Southern Gold Zone 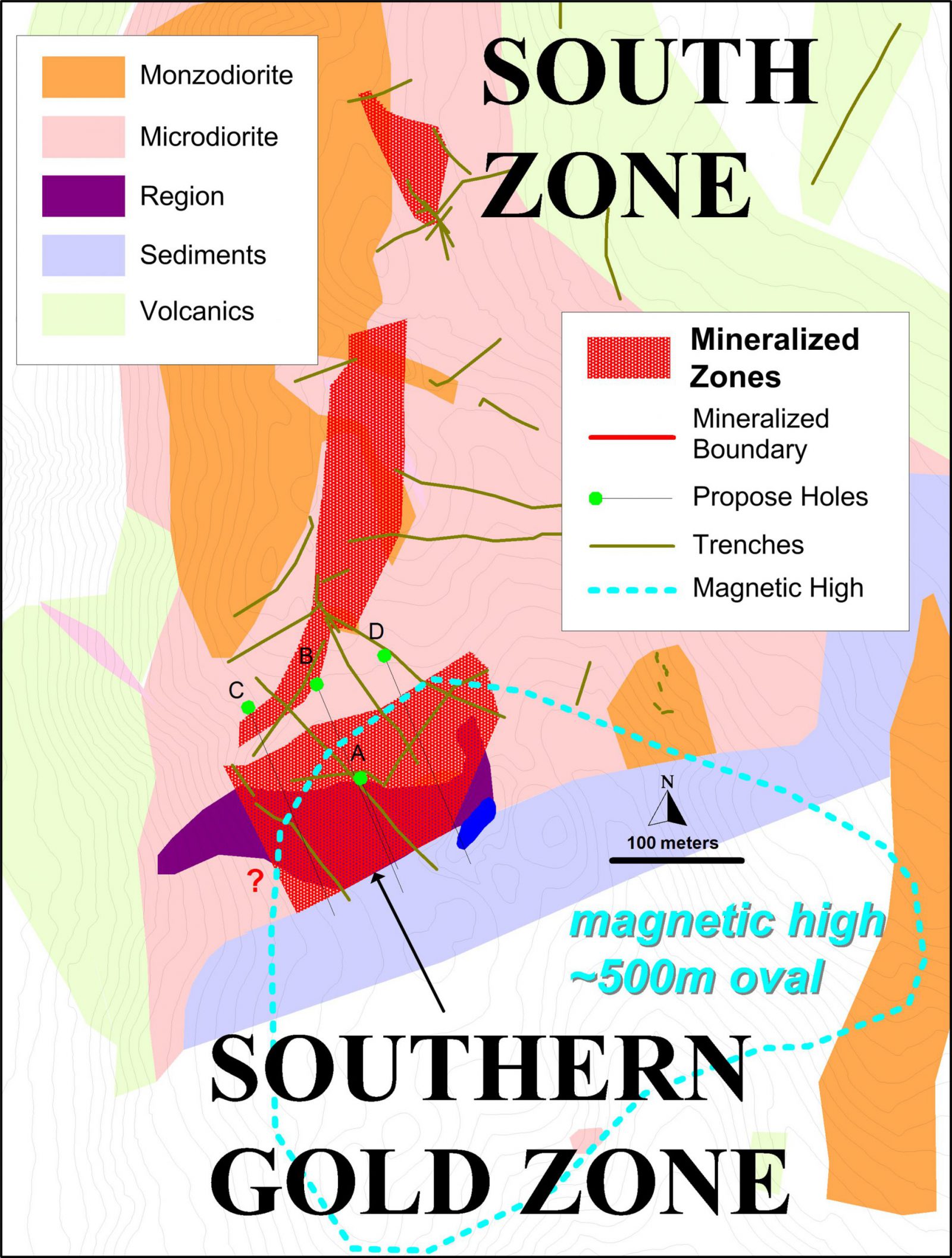 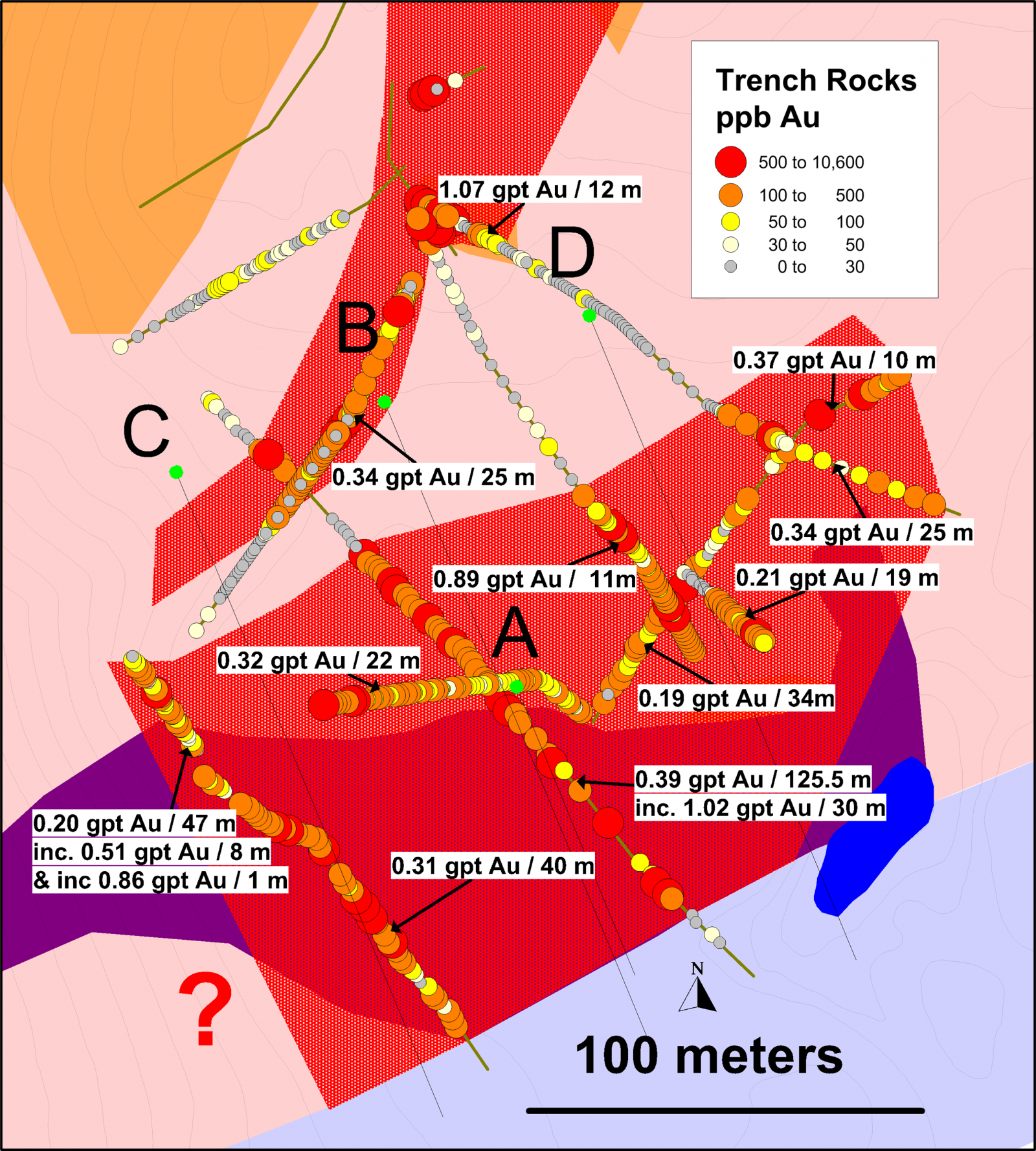 Maps are available in news release at www.segoresources.com

CEO J. Paul Stevenson comments, “The Southern Gold Zone expansion is an exciting development at Miner Mountain where mechanical trenching has defined an at least 150 x 200m zone of mineralization that has been extended to the Northwest and confirmed in chip sampling of surrounding outcrops. A diamond drill program is now confirmed to explore this new promising zone on the Miner Mountain Project.”

The drill program will commence with holes A and B as shown in the figures.  Depending on drill results holes C and D will be collared ~75m either side and sub-parallel to holes A and B to cross the entire Southern Gold Zone.

Southern Gold Zone is a significant geochemical anomaly identified in soil sampling and historical trench results that indicated potential for a broader zone of gold and perhaps copper mineralization at depth.  The zone is almost entirely covered by a thin veneer of till cover.

Gold mineralization is associated with a broad band of pervasive chlorite-calcite-sericite assemblages, lesser potassium feldspar, epidote and albite alteration with finely disseminated pyrite and traces of chalcopyrite with rare oxidized intervals. The mineralization is mainly hosted in fine-grained diorite and andesitic volcaniclastic rocks in fault contact with sediments to the south.  This fault truncates mineralization to the southeast.  The Southern Gold Zone primarily hosted in diorite is located on the margin of a magnetic high anomaly  that extends ~ 250m southeast beneath the sediments to the south.

This news release was reviewed and approved by Ron Britten, Ph.D., P.Eng., a Qualified Person under NI 43-101.

Evergold Corp. is a relatively new exploration company which has been assembled by a team of...

Dynasty Gold Corp. has two attractive exploration projects located in two of the most prolific gold...