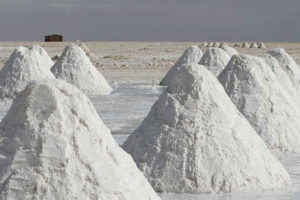 Sienna Resources Inc. [SIE-TSXV; SNNAF-OTCBB; A1XCQ0-FSE] on Thursday May 17 announced encouraging drill results from the recently completed seven-hole, 942-metre drill program at is Slattberg nickel-copper-cobalt project in Sweden. The company said results show significant intercepts of nickel and cobalt mineralization in areas that are along strike and down dip from the historic mine working in the area.

Hole SIE-18-3 was drilled to the east of the historic Myrgruvans Mine in an area that was previously untested by drilling. However, magnetic surveys in early 2018 showed a strong anomaly in the area, which was generated by the nickel-bearing pyrrhotite-rich mineralization intercepted by hole SIE-18-3. The target remains open along strike and at depth.

â€œThis serves as clear evidence that additional bodies of nickel, cobalt and PGE-rich sulfide mineralization exist in the area, and remain open at depth and along strike,â€ the company said in a press release, Thursday.

The announcement comes after Sienna said it has significantly increased its land holdings at the Slattberg Project. The Slattberg Project, located 25 km northeast of Falun, now consists of three exploration licenses covering 12,733 acres and at least 16 historic mines, the company said.

Sienna is aiming to position itself at the forefront of the battery metals revolution.

The companyâ€™s main goal is to become a supplier of so-called battery metals, including cobalt and lithium, which are the primary constituents, along with graphite, of lithium-ion batteries used in the production of electric vehicles and to power mobile phones, laptops, and other electronic devices.

Siennaâ€™s flagship properties are located on the doorstep of two of the worldâ€™s largest lithium ion battery production plants. Those include the gigafactory that Tesla Motors Ltd. [TSLA-NASDAQ] and partner Panasonic Corp. has built in Nevada to support planned production of 500,000 electric cars annually, as well as a similar sized plant that is being built by Swedish battery firm Northvolt in Sweden. Northvolt is expected to locally source as much battery material as possible to feed what is expected to be Europeâ€™s biggest battery factory. It will be built on a site in Skelleftea, in the far north of Sweden near that countryâ€™s cluster of mines, eventually employing as many as 2,500 people.

Sienna is working to develop the Slattberg Project as well as the Clayton Valley Deep Basin Lithium Brine Project in Nevada, a U.S. state which is already home to the only lithium mine in the U.S. â€“ Albemarle Corp.â€™s [ALB-NYSE] Silver Peak Mine.

Slattberg is a historic mining camp hosting cobalt, nickel-copper rich massive sulphide mineralization that occurs within a 2-km belt of historic nickel-copper mines. The project contains drill defined massive sulphide mineralization that extends to a depth of 100 metres and remains open for expansion at depth and along strike. Slattberg is accessible year round, with nearby rail, power and five smelters in the Nordic region. The new Slattberg exploration license contains four old mines, with one being the historic Martanberg copper mine. It operated in the late 18th and early 19th century.

The historic mines are positioned along an east-west trend of massive sulphide occurrences developed in and around a similarly oriented body of Leptite. This is a local term used to describe rhyolitic/felsic tuffacaeous rocks commonly associated with sulphide mineralization in Bergslagen. Mafic and ultamafic rocks occur in and around the mine workings.