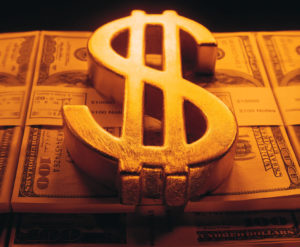 As we enter this critical period involving a New Year and a new President, one question stands out for precious metals investors, namely: Why have precious metals prices failed to advance strongly despite the apparent disarray and uncertainty which appears to surround us?

Evidence regarding increasing demand for the physical precious metals is impressive.

Perhaps the most important occurrence is the recent heavy buying of physical gold by two major economic powers – Russia and China.

The facts about Russian and Chinese gold accumulation are stunning. During this past October, Russia’s government added an additional 1.3 million troy ounces of gold (about 48 tonnes) to its reserves, bringing their total gold holdings to about 1,600 tonnes. During the past 10 years alone, Russia has quadrupled its holdings of physical gold. Dmitry Tulin, Russia’s central bank governor, explained the reason for the transference away from paper currencies toward gold by noting, “â€¦only gold reserves are a 100% insurance against political and legal risk.”

During the early years of rapid economic growth in China, that nation held virtually all their reserves in foreign currencies, most prominent being US dollar holdings. However, as those amounts grew substantially, Chinese monetary authorities began to be concerned about a sudden loss of stored purchasing power should those currencies decline. As a result, China has stepped up its physical gold purchases and now holds about 4,000 tonnes (over 100,000,000 ounces) and has joined five other nations; USA, Germany, France, Italy and Russia at the very pinnacle of the international gold-holding list.

When asked the obvious question, “why would Russia and China (and other nations as well) be stepping up their gold purchases in this time frame?” a very plausible answer comes from an examination of major central bank debt accumulation, an accumulation financed by the creation of new increments of fiat currencies. The facts are indeed startling as total Central Bank holdings have shot up from about US $6 trillion in 2008 to about US $18 trillion near year-end 2016. Simply put, in just eight years, central bank debt holdings have soared by 200% from levels which took over one century to accumulate!

Two of the world’s most important central banks show levels of recent growth that are truly astonishing. According to Haver Analytics, in America the Federal Reserve Bank’s asset account has grown from just US $800 billion to US $4.4 trillion during those eight years – an increase ofÂ  450% – while the Central Bank of Japan has increased its holdings from US $900 billion to US $4.5 trillion, a gain of 400%.

China also has a new and potentially important additional reason to add to their gold positions. During the past several weeks, quotes on US government 30-year Treasury bonds have begun to fall sharply as interest rates turned higher – and this opens the door for huge capital losses in China’s enormous American bond inventory.

In additional to international monetary concerns, demand for physical gold from the investment community has been growing apace as well. The prestigious World Gold Council demand report stated, “â€¦Investment demand in Q3 (2016) totalled 335.7 tonnes, up 44% year-on-yearâ€¦year-to-date investment reached a record of 1,389.2 tonnes, 10% above the previous Q1-Q3 recordâ€¦”

Yet, despite this huge physical demand for gold coupled with astronomical government debt levels, gold has been declining in price.

The enormous off-take of physical gold by the world’s central banks and the investment community raises another important question, namely, whether there is there sufficient gold on hand to honor all the various “paper” claims on gold such as derivatives which are highly-leveraged contract investment vehicles; gold committed to back up Exchange Traded Funds (ETF’s) and, perhaps most enormous of all, legal contracts backing up gold and silver commodity and option contracts.

Many observers, such as GATA`s spokesman Chris Powell, believe the outsized imbalance between legal contracts and actual physical gold is on the order of 92 to 1 in favour of contract obligations. In my mind, that suggests a truly dangerous situation going forward – and also suggests that when a day of reckoning occurs and the shortfall of physical gold becomes evident, we could see a truly substantial upward surge in the price of both gold and silver.

The present situation appears filled with risks, but is also one containing enormous opportunities.

In any case, it will surely be fascinating to see how all this plays out going forward.