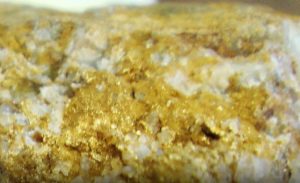 “With a better understanding of the geology and various styles of mineralization, we are eager to commence drilling on the target discovered by the 1970 drill hole E-D-01. Sunvest’s Evening Star property represents a strategic, significant land position in the very active Pamlico mining district,” said Sunvest CEO Mike England.

Sunvest was also in the news when it announced the signing of a definitive agreement with an arms length vendor to acquire a 100% interest in the Parrott Lake Property.

The Silver Queen property is located on the all season maintained road to the Huckleberry mine at Owen Lake, 43 kilometres south of Houston, British Columbia.

Sunvest shares were unchanged at 9.5 cents on Wednesday. The 52-week range is 15 cents and 8 cents.