There must have been a collective cheer, virtual fist-pumping, and a few cold beers spilled when Solaris Resources (TSX-SLS) got the results from their Warintza South drill program. There were lots for them to cheer about. The geological team had discovered a fourth porphyry deposit within a thirty-three square kilometre area which supports the world-class potential of the Warintza project and puts the company one step closer to their goal of defining a billion-tonne copper resource inventory. When the company announced the drill results publicly, and the analysts scrambled to increase their twelve-month target share prices, some with as much as 94% upside and the trajectory of the stock chart took off like one of Elon Musks’ SpaceX launches investors had a party, too. 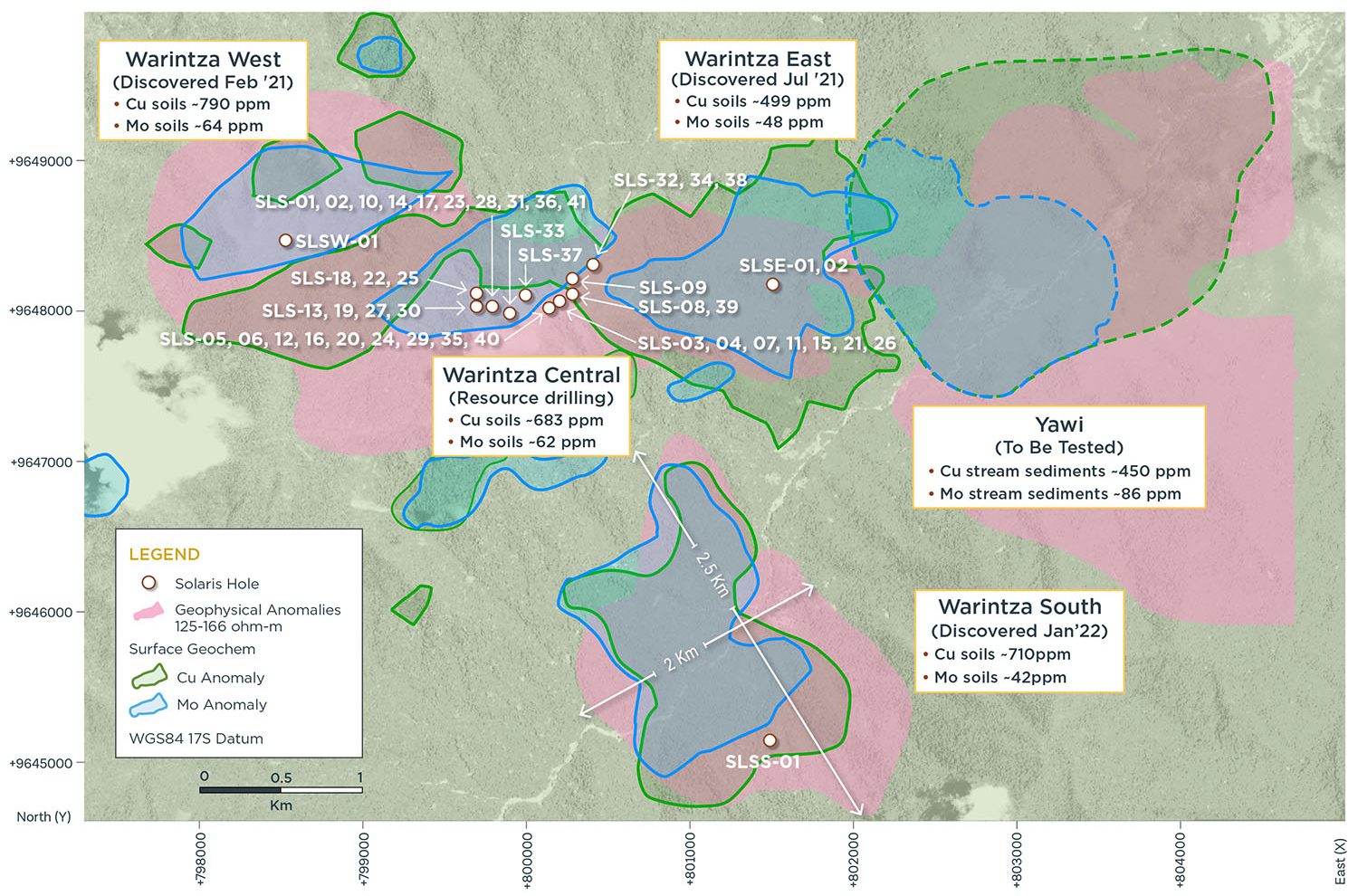 What underpins some of this confidence is the pedigree of Solaris Resources. The company is part of Richard Warke’s Augusta Group of Companies, best known for founding, managing, and making shareholders a lot of money on the Ventana Gold, Rosemont Copper and Arizona Mining deals. And with a track record that totals over four-and-a-half-billion dollars of exit transactions in the last decade it should come as no surprise that Warke, who owns thirty-three percent of the Solaris shares would be joined by the likes of Ross Beaty, (four percent) and Lucas Lundin (five percent) of the company shares, both of whom have a long list of successes under their belts. Add to this notable list of investors, David Lowell, (two percent) credited with over a dozen major discoveries, including the largest copper mine in the world, La Escondida, and the meteoric climb in the company’s valuation to a high of C$17.17 from C$1.38 over the past 18 months could almost be predictable.

And for anyone who might need reminding Warke was also one of the masterminds who co-founded Equinox Gold back in 2017, which by 2020 had become the fastest-growing gold company globally with over a three-billion-dollar market cap and mines in the US, Mexico, and Brazil.

But pedigree alone is not enough to succeed in the mining business. Mining success begins with getting your hands on the right property-one which is geologically endowed in a mining- friendly jurisdiction with a billion or more-tonne copper potential-a metal billed as essential to the green energy transition, which is expected to unleash unprecedented demand, resulting in an 8.7 million tonne supply deficit by 2030. 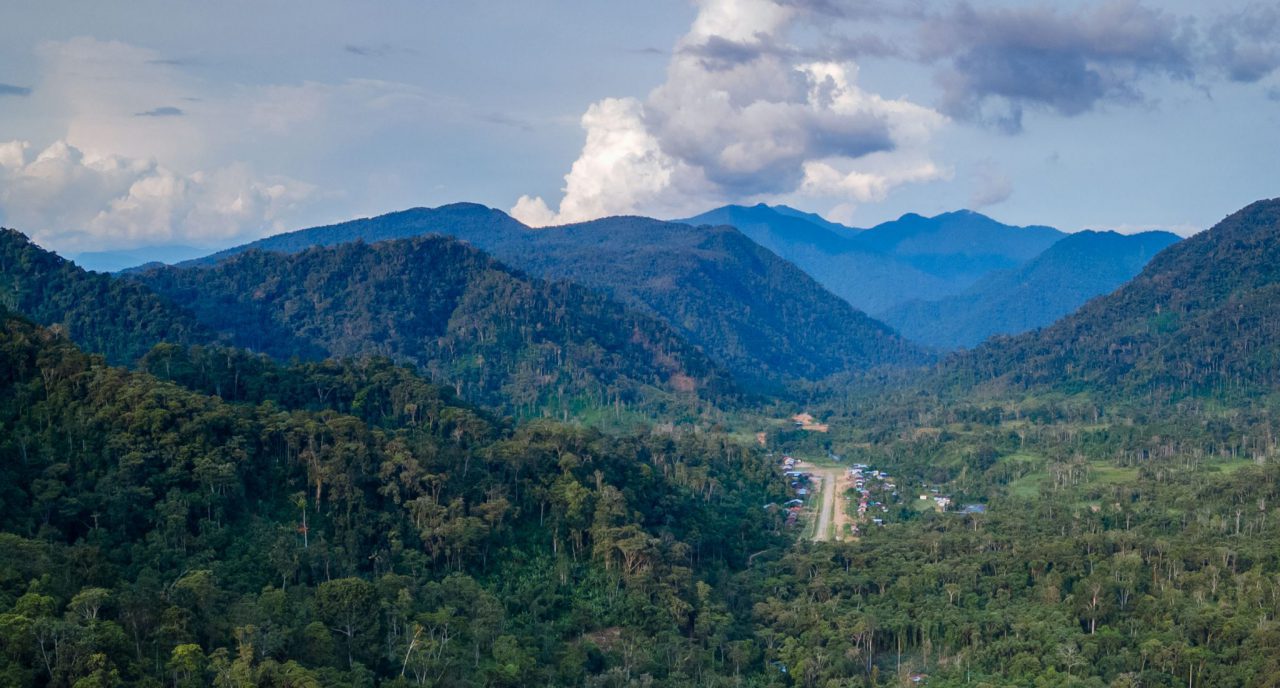 Solaris’s flagship, 268 square kilometre Warintza Property was spun out of Equinox Gold in 2018, just before the Ecuadorian government introduced a new public mining policy supporting large-scale mining operations and investments, and the mining industry stirred back to life.Â  Some previous exploration on the property included 33 diamond drill holes totaling 6,531.14 metres on 100 metre-grid spacing that confirmed Warintza Central deposit was a supergene-enriched copper Molybdenum porphyry deposit. A historical resource estimate put the in-pit inferred resources at Warintza Central at 124 million tonnes at 0.70% copper equivalent. Since then, Solaris has released another 44 drill holes on the Warintza Central deposit significantly expanding the strike length of the mineralized zone thus far to 1,350 metres and remaining open, where it now overlaps the Warintza East discovery.

Â “We’ve not only grown the Warintza Central deposit, but we’re on the cusp of delivering a major resource update at the end of this quarter. The analyst community is expecting the resource estimates to be in the range of 600 million tonnes to a billion tonnes and we’re certainly quite confident we’ll be able to meet or exceed those expectations,” says Daniel Earle, president, and CEO of Solaris Resources.

Earle has good reason to be enthusiastic. Over the past 18 months, drilling has expanded the Warintza Central footprint and discovered three additional porphyry deposits within a seven by five-kilometre porphyry cluster. These include the Warintza East (July 2021), Warintza West (February 2021 and most recently Warintza South, (January 2022) that each light up on the geophysical survey like fireworks, while the adjacent Yawi and Caya targets which are still to be tested.

Warintza East is defined by coincident copper and molybdenum soil anomalies, measuring approximately 1,200 metres in strike, and a high-conductivity geophysical anomaly that extends through Warintza Central. What’s got everybody talking about the Warintza East discovery is its close proximity to the growing footprint of Warintza Central to the north and east with the conceptual pit shell expected to be extended showing the potential to join the two areas and ultimately become one multi-kilometre “superpit”.

“Importantly, the footprint of Warintza East overlaps conceptual pit designs for Warintza Central, which itself continues to grow eastward with recent results. Future drilling will focus on the open, undrilled area between these two zones,” says Jorge Fierro, the Vice President Exploration for Solaris Resources.

The first hole drilled at Warintza West, which was completed before the geophysical survey results were received by the company, returned a long interval of copper Porphyry mineralization measuring 789 meters of 0.31% Copper equivalent, including 260 metres of 0.42 percent copper equivalent, requiring follow up drilling to test its potential. 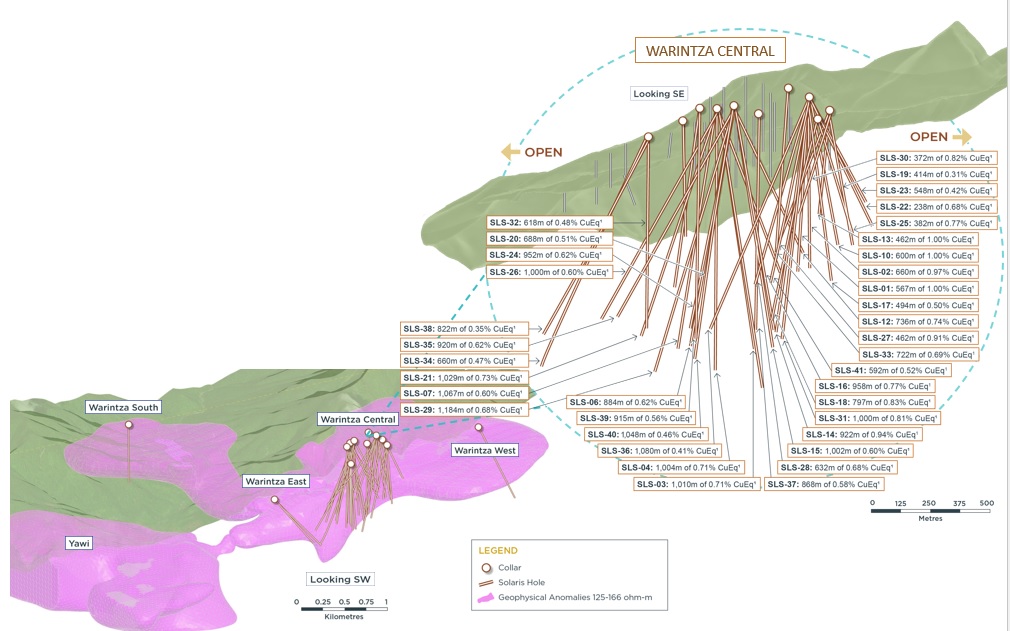 Adding to the series of discovery successes, Solaris Resources announced a discovery at Warintza South within a separate porphyry three kilometres south of Warintza Central. The maiden drill hole, which caused so much excitement, intersected 606 metres at 0.41 percent copper equivalent from near surface, within a broader interval of 755 metres of 0.36 percent copper equivalent. While the grades are somewhat lower than Warintza Central, what has analysts and investors sitting on the edge of their seats pushing the buy button is that the geophysical footprint of Warintza South is double the size of the Warintza Central. Measuring two-and-a-half kilometres by two-kilometres Warintza South continues to build evidence of a mega system bound to be of interest to majors looking to secure a long-term copper supply.

“The strategy is always the same way with our companies. It’s to increase the value through exploration and discovery and then to crystallize that value through a transaction, and with this asset, we’ve had a very clear view from the beginning. We view this as a world-class copper asset and we aim to define at least a billion-tonne resource to underpin a multi-billion-dollar valuation,” says Earle.

Over and above the exploration success, the Warintza district is well-supported by infrastructure and the Ecuadorian government. Warintza benefits from its proximity to a national highway that connects it to Pacific ports, has access to clean and inexpensive hydroelectric power, and lies at a low-elevation with an abundant supply of freshwater.

Meanwhile, Ecuadorian President Guillermo Lasso strongly supports the mining sector, citing the need for foreign investment to grow the economy and become a major mineral exporter such as Chile or Peru. Executive Decree 151, signed on the 5th of August 2021, defines the mining policy for Ecuador alongside a strengthened regulatory environment and streamlined permitting process. It presents a major opportunity to exploration and development companies with strong ESG principles such as Solaris to develop and mine a deposit under a transparent framework responsibly.

What is the next key deliverable for Solaris? According to Earle, the next major catalyst is the updated Warintza Central mineral resource which is expected to drive a significant re-rate in the Company’s valuation. The company plans to publish this resource, targeting one billion tonnes, in the first quarter followed by a preliminary economic assessment, slated for release later in the year, which “is anticipated to demonstrate a high-grade starter pit and could distinguish Warintza as one of the best copper projects globally, Earle said.

“When you start looking at the footprints of these discoveries, and if you believe the central zone is going to be let’s say, a billion tonnes, then you can see clear potential. We could potentially add several billion tonnes with the West and East and the South target which is two times the size of Central, and that’s when you start to see the full potential of this cluster of porphyries as a multi-billion tonne development opportunity,” says Earle.